Bruins: The clock is ticking to make improvements 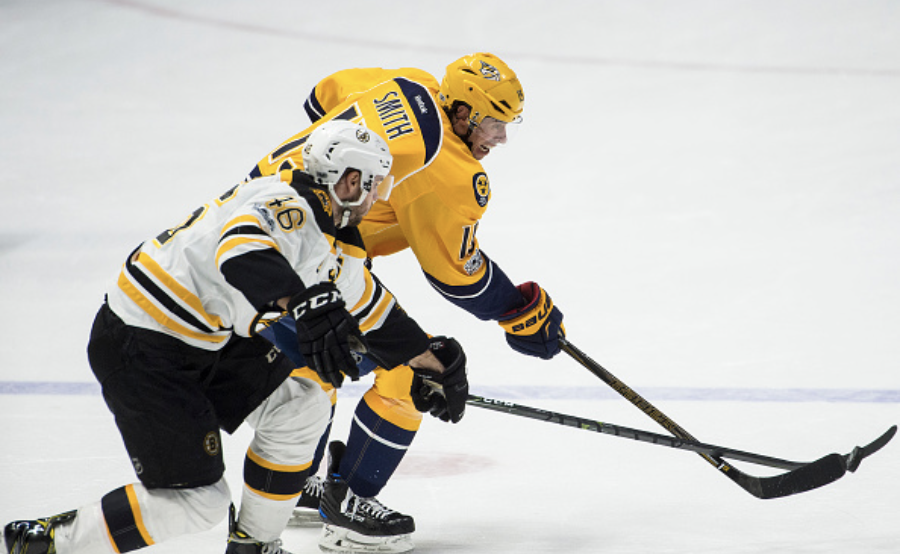 The Boston Bruins walked into the free agent supermarket hoping to acquire the goalscoring depth needed to reload and go on another Stanley Cup run next season. With top-six caliber wingers like Taylor Hall, Tyler Toffoli, Josh Anderson, and Evgenii Dadonov all available either in free agency or the trading block, you would think the Bruins would make sure to get one of those guys to help their offensive needs. Spoiler alert: Boston didn’t get any of them.

Each of those players actually went to the Bruins’ Atlantic Division rivals as Hall signed with the Buffalo Sabres, Toffoli and Anderson went to the Montreal Canadiens, and Dadonov went from the Florida Panthers to the Ottawa Senators. Boston swung and missed over and over again.

There is a belief that Boston was close to signing Hall, a former NHL MVP, and that the Bruins “badly wanted” Anderson. However, due to the players deciding to sign elsewhere or Boston not making the necessary moves to get more cap room to sign players like Hall, the Bruins looked like that one kid who didn’t get any new toys while the other kids in class did.

Although they didn’t sign any of the big names, the Bruins haven’t just sat around and done nothing this offseason. Boston signed former Nashville Predators forward Craig Smith last Saturday to a three-year contract with a salary-cap hit of $3.1 million per year. Smith will help Boston get pucks on net as he has averaged 18 goals per season in his nine-year career, along with scoring 20-plus goals on five occasions, according to Hockey Reference.

Additionally, Smith ranks in the top 30 of around 300 forwards in 5v5 goals per 60 minutes during the last three seasons—several Bruins are in that top 30 as well. In other words, Smith will help Boston in even-strength scoring, which plagued the team during the 2019-20 Stanley Cup playoffs.

Obtaining Smith’s services was a positive first step by Boston in free agency. Smith should slide in somewhere in the Bruins’ middle-six, probably playing alongside centerman and Mr. Weymouth himself, Charlie Coyle, on the third line.

But if Craig Smith becomes the only so-called “big signing” of the offseason, that’s just not enough for Boston. They still need more depth on offense, and the options are running low.

Sure, other goal-scoring wingers like Mike Hoffman are still available, and Boston is reportedly interested in him as well. Hoffman is a quality player, but when there were names like Hall and co. available this offseason, Hoffman is more of a plan D or E. I’m not saying Boston shouldn’t sign Hoffman—if the Bruins got him for a one-year deal at a reasonable price, I’d be okay with that. I’m saying Hoffman wasn’t the player at the top of Boston’s list.

If Boston decides that there’s no one left in the free agent market who’s worth negotiating with, then perhaps circling back to the trade waters is worth a try as well. Though there have been reports of the Winnipeg Jets looking to trade star right-winger Patrik Laine, he is probably way out of the Bruins’ price range. A name they could look into is New Jersey Devils winger Kyle Palmieri.

Palmieri has scored 20-plus goals per season in his last five seasons and has a respectable cap hit of $4.65 million. The only question is who would Boston trade to New Jersey? Do the Bruins try to package the likes of Nick Ritchie and a high-round pick to sweeten the deal, or do they go about shipping off prospects for Palmieri? That’s what happens when you’re between a rock and a hard place and your offseason plans don’t go as planned.

Time is running out for the Bruins to improve their hockey club, and Boston needs to do it sooner rather than later. Otherwise, it could be a challenging season ahead in Boston.