Business major in the works 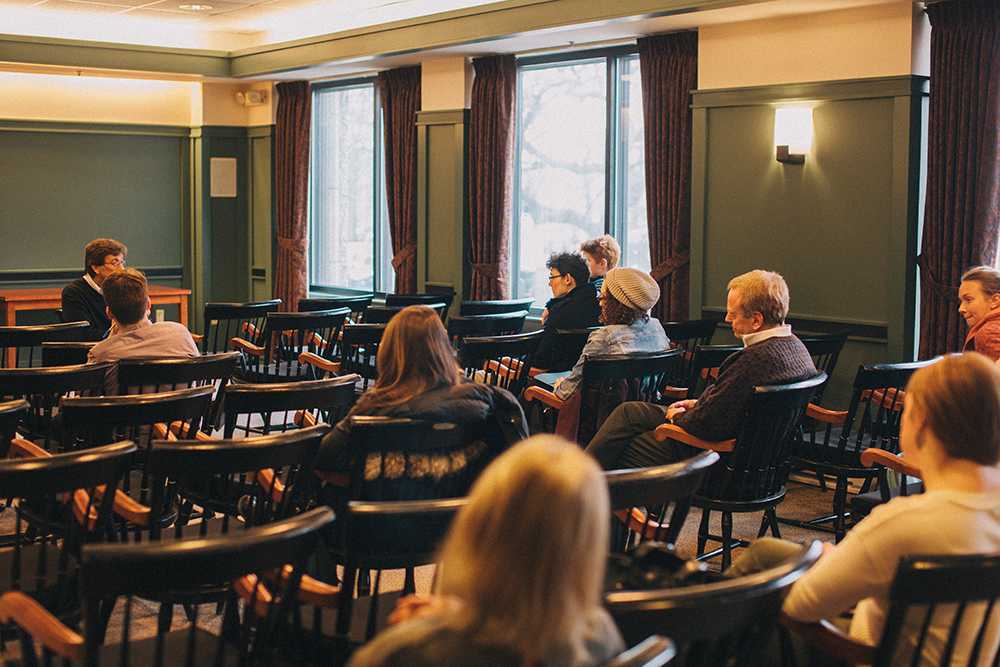 Emerson faculty and administrators are working on a proposal for a new business major — one that planners say would be unlike other college’s business degrees. Since last semester, efforts have been underway by staff from the business and entrepreneurial studies minors to figure out what the major at Emerson would entail.

These faculty and staff members say they are seeking to establish a curriculum that develops Emerson students’ business abilities in line with its core fields of communications and the arts.

“The major itself has not yet been fully defined,” said Donald Hurwitz, interim chair of the marketing communication department. “We’re looking to frame the business classes we offer in the context of the skills Emerson students require. There’s lots of business programs in Boston and around the world; we don’t want to offer just another one of those here.”

Hurwitz said that although faculty and staff expect the major to be introduced in the next few years, there has not been a definitive date set. He said he is working in coordination with Phillip Glenn, interim dean of the school of communications, and Michaele Whelan, chief academic officer.

While Hurwitz said he is not yet sure if the new major will be part of the school of communication or the school of the arts, he said the developments are happening within the marketing communication department, where the current entrepreneurial studies and business minors reside.

Hurwitz said over the next year, as the major is built, planners will address the hiring of faculty and the development of courses.

He said he thinks a new field of study could bring together students looking to capitalize on the business side of Emerson’s traditional fields.

“This major will take an impulse that’s already here and add to it,” said Hurwitz. “Communication and the arts are more important than business to the college. This project will only augment our ability to innovate in our standard fields.”

The goal of the new major is not to increase the college’s student population, said Glenn, but to redistribute the existing student body by providing an alternate path of study.

“All the discourse I’ve heard is that we are not wanting to grow the college in total, but to shift enrollments,” said Glenn.

The major also comes as something of a legacy project, since many of its ideas were initially introduced by the late Karl Baehr, the founder of the college’s entrepreneurial studies minor, E3, according to Glenn.

“Shortly before his death last fall, we had talked about him leading the faculty group developing this,” said Glenn, “and while it was sad, and his death set us back, I think of this as in his honor.”

Hurwitz said the Office of Academic Affairs fully supports developing the current business studies minor into a major, and many students currently involved in the business program are excited.

“I think it’s a step in the right direction,” said Chris Dobbins, a sophomore marketing communication major and entrepreneurial studies minor. “Obviously there are some concerns about it, only because this is a primarily communications and arts based school, but I do see potential, if those end up being the focus, that lots of students could benefit from it.”