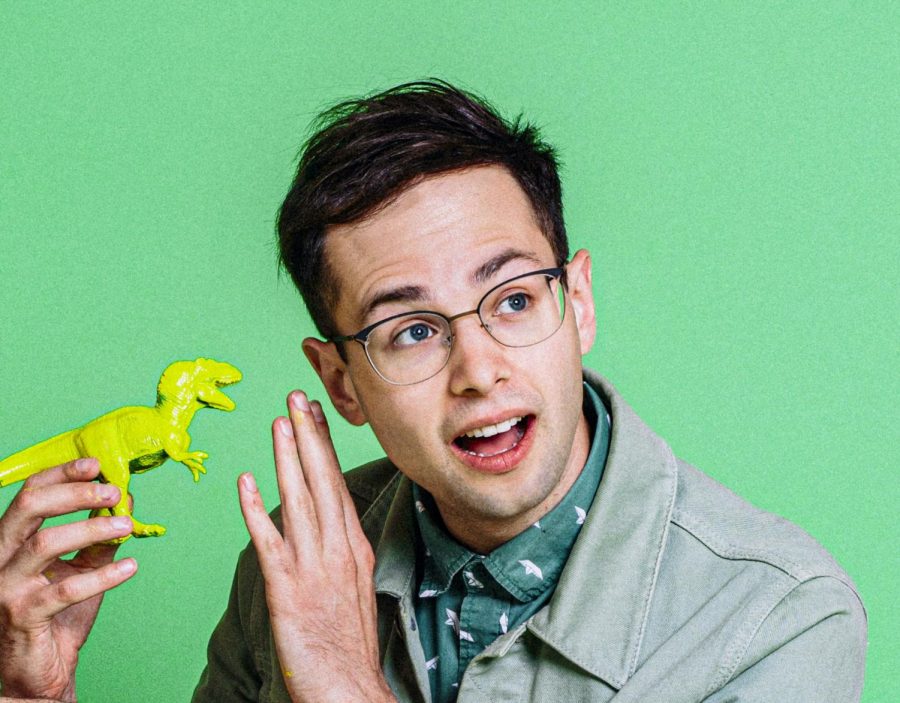 Zach Kornfeld '12 and Ella Mielniczenko '13, both known for their contributions at Buzzfeed, participated in an EIV panel on Thursday to talk about their career paths in digital content producing.

The panel, featuring Zach Kornfeld ’12 and Ella Mielniczenko ’13, was the first in a series hosted by Emerson Independent Video designed to give attendees a glimpse into the realities of the media world.

Kornfeld became a member of The Try Guys, a group of four friends who make YouTube videos trying new things that amassed more than 1.4 billion views, in 2014. Although The Try Guys formed their channel at Buzzfeed, they left the company in 2018 to make their own production company, 2nd TRY LLC. Since 2019, Kornfeld accomplished a lot, including making his own tea brand, Zadiko, and completing a nationwide comedy tour, Legends of the Internet.

“I get to fuck around and make fun jokes and have a wonderful group of people around me to continue our stream of content,” Kornfeld said in an interview with The Beacon. “We have a loyal fan base [that] has allowed me to do a lot of really fun stuff.”

After coming up with the idea of Emerson Revisited, seniors Annabelle Gustat-Karzen and Kevin Serrano brainstormed alumni to speak on the panel.

“Zach is a YouTube personality,” Gustat-Karzen said. “Ella does a lot of social media and digital content production for Spin Master. We knew they would do really well together, and they also knew each other from the past, from Buzzfeed.”

Throughout the panel, both Kornfeld and Mielniczenko discussed the importance of creativity and finding people around which you are comfortable with. Both stressed how essential it is to take a break and recharge.

Kornfeld mentioned during the panel that he is taking a sabbatical from The Try Guys to work on scripted writing.

“Find collaborators who you want to share your brain with,” Kornfeld said during the panel. “There are so many things I want to do. I barely get time to do scripted writing, so i’m blocking off a full month from November to December.”

Mielniczenko also shared her struggle of working a typical day job and feeling like her day is predetermined and how it can hinder creativity. She shared that this year, especially, it has been very hard to be creative.

“It’s hard to keep being creative so consistently, and that’s a huge turn in the digital media industry, just the amount of work needed to upkeep all of your access points,” she said.

“Creativity is a muscle, and you have to exercise it, and the best way to exercise it is to be creative every day,” Ella Mielniczenko said. “I’m serious about a little thing every day, and you will be working that creative muscle.” 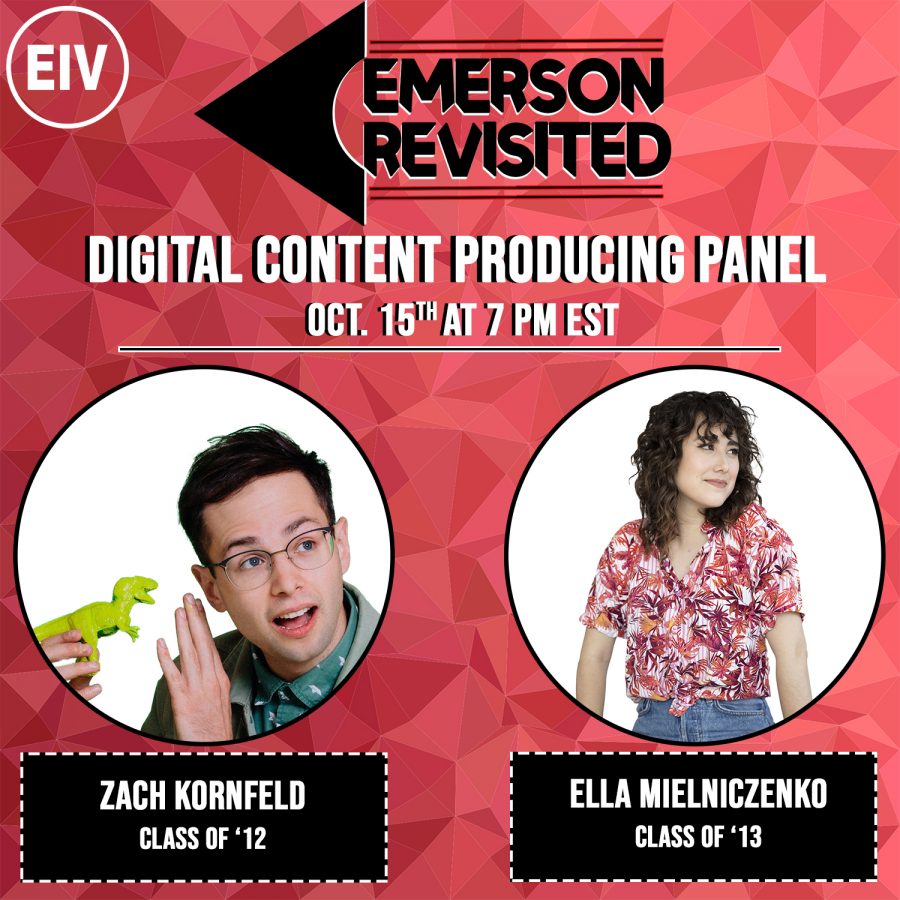 Kornfeld said he picked Emerson over other colleges because of the hands-on experience that students receive here. During an interview with The Beacon, Kornfeld said that many students at Emerson are driven, and those are the kind of students that he wanted to surround himself with.

During the panel, Kornfeld shared stories about how he left well-paying jobs because he wasn’t happy. Mielniczenko shared advice about the importance of making time for yourself and making sure that you are not burning yourself out—that as a creator, it’s important to evaluate the kind of work that you are completing and see if you are able to refuel yourself.

“This is somewhat of a privileged position, but I think that you will find yourself at times where you need to decide between the safe thing and the riskery thing to go after your dreams. I, more than once, have quit a job and rolled the dice on another job,” Kornfeld said during the panel.

“The Try Guys have just allowed me to unlock a lot of wild dreams that I never imagined were possible,” Kornfeld said.

Kornfeld emphasized the importance of making the most out of the time spent in college.

“Take advantage of this time of your life to live as much as possible. As an artist, you are only as good of a story teller as the stories you have to tell,” Kornfeld said during an interview with The Beacon. “Right now you are in college, the time you are going to be making the memories and collecting the stories that you will be telling for the rest of your life.”

Emerson Revisited is putting on another panel on Nov. 5. with special guest Henry Winkler, an Emerson alumnus and well-known actor.