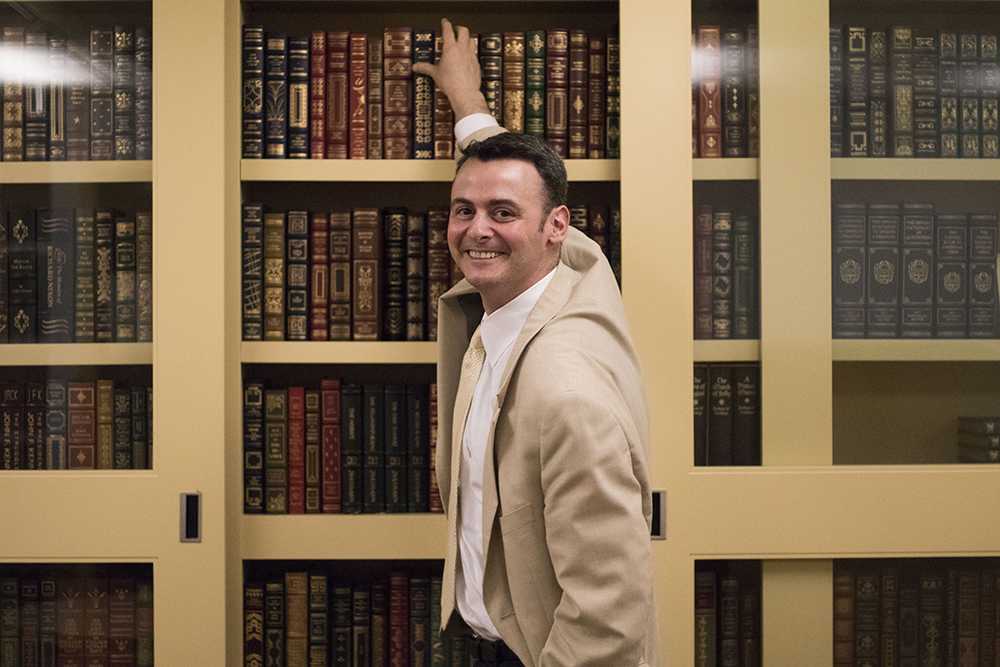 Gabrielle Cavaliere said she wasn’t upset about America’s choice for president. For her, the election went to the lesser of two evils.

But the freshman communication sciences and disorders major said she fears losing friends if politics come up, even casually. Cavaliere did not vote due to confusion over her license, but said if she had, she would have voted Republican.

“I am not vocal about being conservative [at Emerson] because I’m scared,” Cavaliere said. “I mean, people here are overwhelmingly liberal.”

McGuire is politically active in the Socialist Alternative and said she sees the importance of the first amendment but does not want it abused.

“I am committed to making sure everyone’s voice is heard, when it’s not hate speech,” she said. “I don’t think anyone should have a platform to promote ideas that are toxic and dangerous to people’s well-being and lives.”

Many Republican students at Emerson do not feel safe sharing their opinions in class after the election as the political tensions have risen on campus, said Richard West, a professor in the department of communication studies.

“I have found that the notion of embracing difference is not universally shared by my colleagues,” West said. “We are inferring that our conservative students are not welcomed on our campus.”

West said he was a strong Hillary Clinton advocate before the election, but he also strongly supports the power of political diversity.

“My political viewpoints are secondary to the fact that we have students on this campus who have felt very uncomfortable being a Republican,” he said. “I found myself as a go-to person for a number of the Republican students who want a safe space to talk.”

Robert Amelio, director of diversity and inclusive excellence, said he is committed to making Emerson a more politically diverse campus.

Spencer Kimball, senior scholar-in-residence of the department of communication studies, did not share who he voted for with his class because he said he believes it will impede the credibility of his lesson.

“From the [professors] I know, they would never use partisan reasons or retribution against a student,” the registered Republican said. “I just don’t think the classroom is where my political views belong.”

“Communication invites dispute,” Kimball said as advice to fellow Republicans at Emerson. “Continue speaking up and realize your audience will not always be receptive to your message, so continue to gain a better understanding of the topic you are speaking about.”

Taelon Ratliff, a freshman visual and media arts major, said he is a registered Republican in California. He said Emerson’s film program, not its liberal reputation, brought him to the East Coast.

“I usually don’t want to bring up something [conservative] in class because I’ll get bombarded by everyone,” Ratliff said.

Elazar Fine, a junior visual and media arts major, said he grew up Republican but no longer identifies with the party, rather the issues that matter to him. Fine said conservative students at Emerson feel silenced for their Republican name tag, not their ideas.

McGuire defined “freedom of speech” as the offering of alternative, conflicting, or collaborative thoughts, and differentiated “hate speech” as simply promoting violence.

McGuire said Trump is not the main issue but part of a larger far right movement. She said she does not see the president as part of the Republican party and simply a result of an entirely flawed system. The viewpoint which he espouses is what she will fight against, she said.