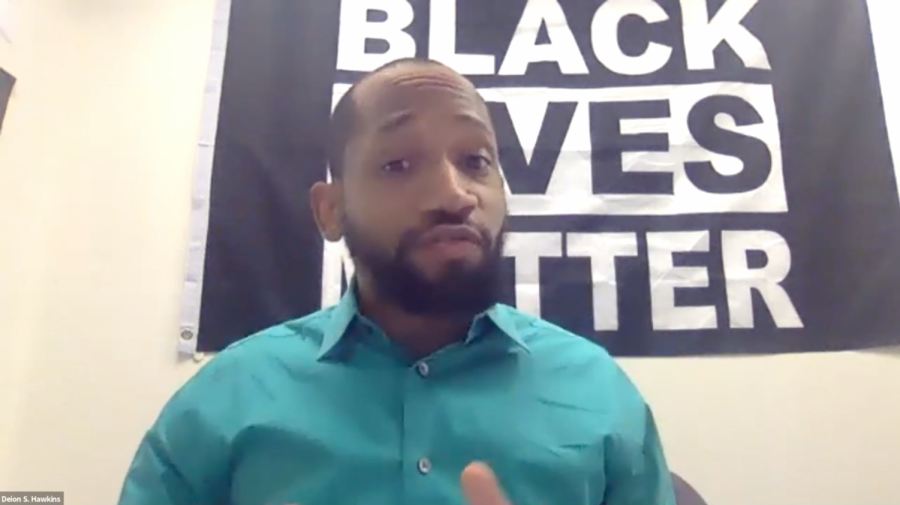 The School of Communication held its first ever Campus on the Common LIVE podcast Wednesday to discuss representation among marginalized groups at Emerson in a dialogue between students, faculty, and administration.

Communications professors Deion Hawkins and Mary Anne Taylor hosted the event, the first of three live, hour-long podcasts slated for this semester by the School of Communication. The new live series works in tandem with the previously launched Campus on the Common podcast, which features a handful of podcasts each semester, but without the interactive dialogue. Both series aim to cover issues in media and communications, society, culture, government, healthcare, and business.

Hawkins and Taylor were chosen as guests after previously pitching the discussion for Communication Days, a two-day, college-sponsored event in the Spring that intended to feature professors and guest speakers. COVID-19 forced the cancellation of the 2020 Communication Days.

Hawkins, who is Black, spoke extensively about race to less than a dozen students during the event, which was titled “Critical Perspectives of Race & Gender: Towards A More Sustainable Future.” As an assistant professor of communication studies, he said he often finds that his advocacy for racial justice overlaps with his classroom teaching.

“How I teach is inherently always going to have a racial justice lens,” Hawkins said. “Even in the classes I teach now, whether it be health communication or argumentation and advocacy, I’m always reminding students to take a step back and understand that identity usually shapes a lot of who we are, it shapes what we’re exposed to, what values we have, what messages we receive.”

Hawkins provided insight into how community members could create a more politically and socially just climate at the college.

“Because Emerson is still largely majority white, I think the community can one start more initiative about recruiting more students of color and faculties of color,” Hawkins said. “It’s incredibly important if you feel alone or are a first-generation college student to have someone who looks like you and understands your experience.”

While speaking on acts of police brutality against Black individuals, Hawkins discussed the importance of allyship.

“Allyship is messy, allyship is hard, but allyship is necessary,” Hawkins said. “We’re at a critical juncture right now where we are having real conversations about racism, policing, and what structural racism looks like. So I think what anyone can do is educate yourself and understand that there is a place for you in the fight for racial justice even if you are a white person.”

News Editor Andrew Brinker did not edit this article because of a conflict of interest.