“Captain Jack” exposes dangers of trash and pollution in China 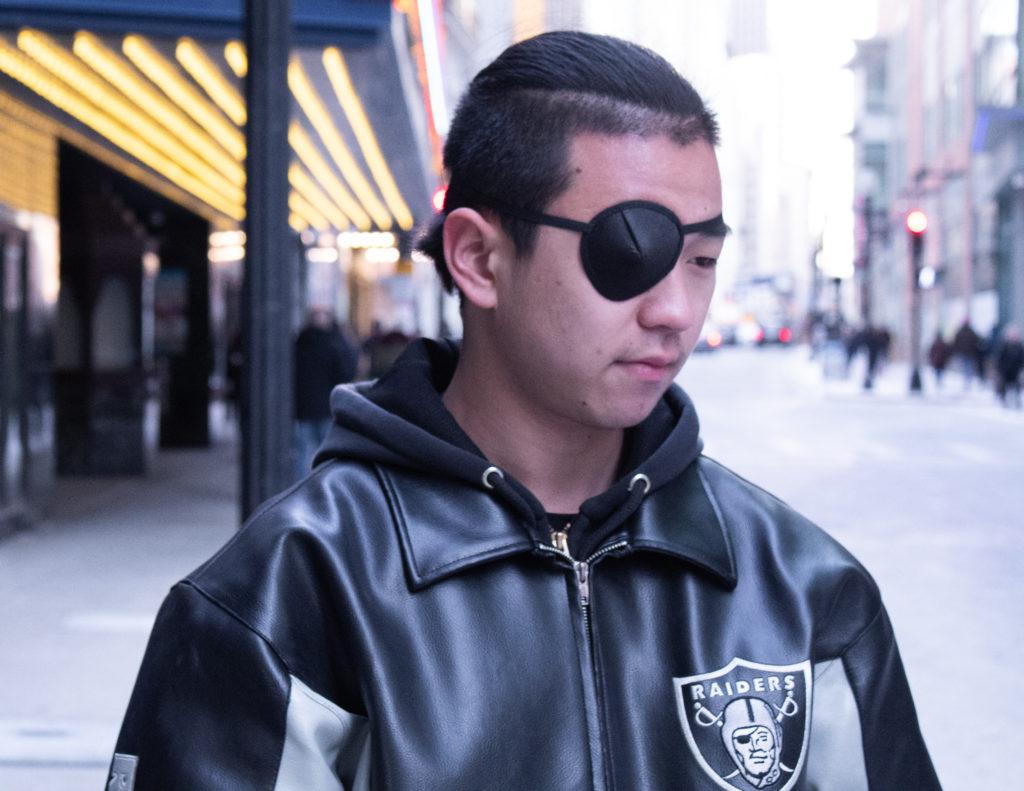 In a small village outside of Chongqing, China, freshman Jack Liu stood surrounded by garbage. The trash polluted a river in the village, and Liu decided to create the documentary short film “Junk Town” in 2017 to show the dangers the residents faced.

“Junk Town” is a 15-minute short film that Liu, a visual and media arts major, created for China Thinks Big, a high school research and innovation competition run by the Harvard College Association for U.S.-China Relations. Liu—known by most at Emerson as “Captain Jack” based off of a Billy Joel song—said he created the film to bring attention to how improper trash disposal methods can harm the environment.

On March 8, 2017, Liu posted the finished video on Youku, a Chinese video-sharing website. After he posted the video, Liu went to an environmental protection department run by the Chinese government in Chongqing to try to find a solution to the trash-disposal problem. Liu said the department staff member he spoke to was upset with the creation of the film after he showed him the video.

“I showed the film to him, and he was upset because he didn’t want people to see the film,” Liu said. “He asked me for the name of my school, and he called my school another day. My school asked me to take the film down.”

Liu said his high school threatened to expel him if he didn’t take the video down, but he kept it up anyway. Despite these threats, Liu said his school did not expel him.

The filming for “Junk Town” started in winter of 2017 after Liu interviewed trash disposal employees in Chongqing to find out more about where trash was being disposed. Liu conducted the interviews in Mandarin and added English subtitles. In the interviews, he discovered the location of a trash disposal site polluting a small village approximately 40 minutes outside of Chongqing, which inspired him to name the film “Junk Town.”

It took two months for Liu to film and edit the video for the competition. In the short film, Liu edits together shots of the trash dumped by waste companies in forests and rivers nearby people’s homes. He also tested the river in the village and found high levels of bacteria in the water that residents use to clean their clothes. Liu tested the water with a water electrolyzer he purchased that checks levels of bacteria and viruses.

Soon after his high school threatened to expel him, Liu received an invitation over the phone from the environmental department to visit one of their factories with new environmental restoration technology. Liu said at the time he felt scared when the government reached out to him.

When Liu visited the environmental department’s factory, they showed him new devices they started developing to treat the polluted river, so that residents in the area would not be exposed to contaminated water.

“When I got a call from the department asking me to visit them, I was nervous. But they showed me the factory, and it was actually pretty cool,” Liu said.

“Just thinking about American VMA majors, I don’t think any of them are going out there thinking, ‘Oh let me do a story on the trash around here.’ No one else is thinking that way,” Schuman said.

At the end of “Junk Town,” Liu leaves viewers with a message on a black screen in both Mandarin and English: “The beauty of the Earth is being swallowed up by the junk. The environment can only be saved by our own action.”

“Junk Town” did not end up placing in the China Thinks Big film competition. Liu said he believes this is attributed to the fact that he worked on “Junk Town” by himself as opposed to the other contestants who worked in teams. Despite this, Liu said in the future he wants to make more documentary films.

“I think documentaries are one of the main styles of films I want to do in the future,” Liu said. “I want to make 30-minute or one-hour-long films next.”

In the short time Liu’s been at Emerson, he’s focused on creating stop motion films and skating videos. In Liu’s film “A Charlie Brown Christmas” that he created for a final project last semester, he wrote and directed the narrative of a skater at Emerson who struggled with prescription drug abuse and considered dropping out of college.

Freshman Maxwell Chadran, who acted in “A Charlie Brown Christmas,” said Liu’s dedication while working on the film impressed him.

“Not only does he make me inspired, he forces me to be inspired,” Chadran said. “When I was working with him, I was forced to push myself to be at his level.”

Schuman, who narrated “A Charlie Brown Christmas,” said he thinks Liu’s style of filmmaking puts him above the level of most VMA students at Emerson.

“I’ve heard so many VMA students say that he is the most talented VMA major that they’ve met, and VMA is such a competitive major,” Schuman said. “I think wherever he finds himself, he’ll make it.”

Liu said he creates films like “Junk Town” to bring attention to issues important to him, such as proper trash disposal.

“I did this documentary because I want to help people and let more people see this problem,” Liu said. “A lot of people in China don’t have the awareness of how to dispose of junk, so it causes a lot of problems for people who work in the junk disposal industry.