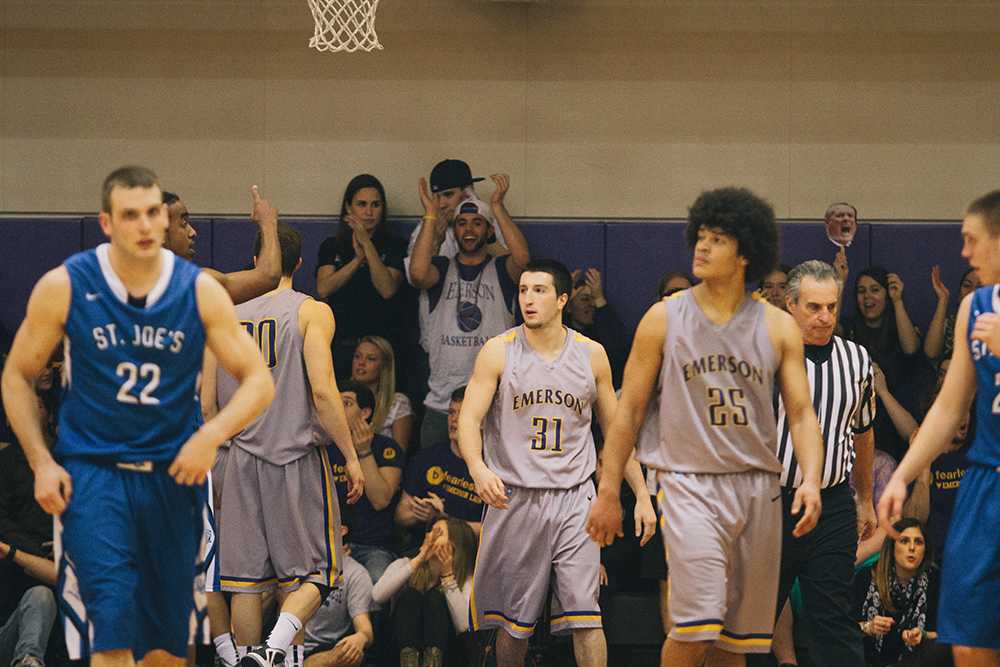 Since their 72-44 loss to the Babson College Beavers in their first New England Women’s and Men’s Athletic Conference game ever, the Lions (10-6, 3-2 NEWMAC) have gone 3-1 in NEWMAC play, and will now have to finish out their remaining nine conference games without sophomore sharpshooter Mike Carbone.

During a routine game of five-on-five in practice last week, Carbone was driving to the basket and collided in mid-air with a teammate, landed awkwardly, and screamed in pain.

“I knew right away that something was very, very wrong,” said senior co-captain Jon Goldberg.

Although the specifics of Carbone’s injury have not been disclosed, head coach Jim O’Brien  characterized it as a serious foot injury.

“He came down wrong on his foot and it just snapped,” O’Brien said. “The good news is that they set his foot and that he won’t need surgery.”

O’Brien said Carbone was a presence on defense, and his offensive potential will be missed.

“It’s one less guy in the rotation and [Carbone] factored into the rotation,” O’Brien said. “We’re going to miss his potential 3-point shooting. On paper, at least potentially, [Carbone] was a guy that we thought we could go to and give us a 3-point threat.”

The Lions, who currently rank last in the NEWMAC in 3-point shooting percentage (15.3 percent), will sorely miss Carbone (18 percent), even though he has struggled from beyond the arc this season.

“We are not shooting the ball well at all,” O’Brien said. “Our 3-point shooting has been abysmal. [Carbone] played hard and always competed, and we always looked to him as a 3-point guy. If there is one thing we couldn’t afford to lose, it was [someone] like that.”

Junior point guard and co-captain Eli Kell-Abrams said Carbone’s injury will have more than just a statistical impact on the team.

“You can’t replace a player like [Carbone],” Kell-Abrams said. “He instills toughness and an attitude that we are going to miss without him on the court.”

Although Carbone did see a lot of minutes this season, the Lions and O’Brien have adopted a “next man up” mindset for their last 10 games.

“[O’Brien told us to] be in the present,” Goldberg said. “It’s sad, but it happens, and he went on to tell us a life lesson about how when you do something, you should do it with all your heart. Everyone needs to step up. Everyone needs to be a little bit tougher mentally and physically.”

O’Brien said he also used the situation to give his team a lesson that extends beyond just basketball.

“That’s their friend and one of our players,” O’Brien said. “There is a very strong bond. You have to regroup and convince everyone that there are going to be setbacks. The life lesson is how [fragile] life is and that the best way to love someone or something is to realize it could be lost.”

Assistant sports editor Mike Lucas did not edit this article because he is a member of the men’s basketball team.