Celtics: The case for Marcus Smart, my hill to die on 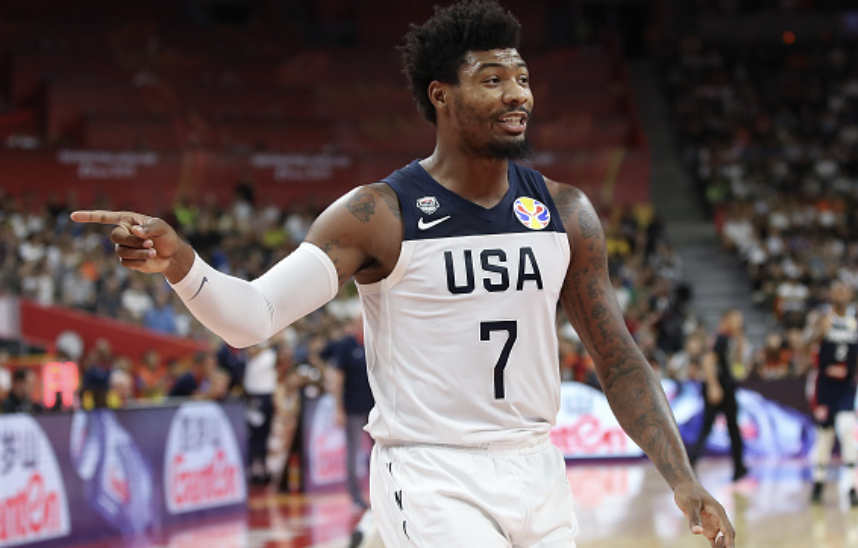 We’re within two weeks of the NBA trade deadline, and new Celtics president of operations Brad Stevens seems poised to deal some pieces in his first run at a midseason roster shuffle.

Many Celtics fans, particularly those who have watched closely over the last 8 years, are wondering if Marcus Smart’s time in Boston is coming to a close. Smart, the longest-tenured Celtic, the energizer bunny of the team and Tommy Point champion of the last decade, is rumored to be of interest to at least the Dallas Mavericks and Atlanta Hawks.

And before Jayson Tatum’s 51 point outing against the Wizards on Sunday, Smart pulled the team aside and made sure to let them know how much he loves them, possibly revealing that Brad Stevens may have given him a heads up as February comes closer.

Smart has been a controversial player in Boston—while his effort and intensity on defense and intangible play is undeniable, his shot-making and selection have been a sour spectacle too often for some fans. And although the Celtics are just a game above .500 with a scary path ahead in a loaded eastern conference, I’m still ready to die on the hill that Marcus Smart should stay and contribute to the fully-realized Celtics roster we’ve been waiting for.

Let’s look at the C’s most recent game, for example. Although a young Sacramento Kings team without their best player came into the Garden and turned out one of the worst performances of the last few years—their high scorer had 11 points—the Celtics, and Smart especially, gave us something valuable to watch in terms of what he can bring specifically.

This isn’t the Marcus Smart we always get, but this is the Marcus Smart we’ve always, always wanted. It’s the Marcus Smart we may very well regret trading if Stevens goes down that path. He’s a very polarizing player—one game he’s missing the game-tying 3 point attempt while Jaylen Brown signals for the ball right next to him, the next game he’s making all the right decisions. His hustle plays ignite the crowd just as much as a dominant run by Tatum or a poster dunk by Brown. But on the other hand, he’s probably the one frustrating fans the most overall.

I’m worried that Smart would be a scapegoat for a Celtics team that is currently underperforming but very well could climb the standings with Smart out there.

The argument for trading Smart isn’t one to dismiss outright. Maybe the Celtics can make up for the loss on the defensive end, and maybe they’ll gain more of a consistent shooting threat in the backcourt. But what about his playmaking? At his best, Smart is making the right plays, and he is, especially before Dennis Schröder’s arrival, just about the only one who will throw a lob to Robert Wiliams III. And I’m not really too confident a guy like Jalen Brunson can come in here and automatically be a better playmaker than Smart— this backcourt has seen players from all over fall short.

Smart is a player whose play scoffs at a stat sheet—the stat sheet doesn’t mention how this guys bleeds green more than anyone in the league, and let me just say that as the Celtic fan that grew up with Kevin Garnett screaming at me over a jumbotron before games where every player seemed to leave so much on the court, trading Smart mid-season just doesn’t leave a good taste in my mouth.

It’s been frustrating watching this backcourt dramatically change each year the past several seasons. Smart is the longest-tenured Celtic, our scrappiest guy, and in more ways than none, the heart of this current roster. After watching high salaried stars dissapoint in his position for years, he’s finally gotten his largest role as our top point guard. At the least, this is a guy who deserves to be there while the Celtics try and turn this season around. Ditching him could send them in the other direction.

Watching a 24-23 Celtics team that likes to unravel in the 4th quarter has us all at the end of the day just hoping it’ll get better. That’s something we’ll all do. I’d like to also hope that Smart is there, talking a small amount of threes a game, finding our shooters, and diving all over the floor as always. I think that’s easier to hope for than Brunson coming in here and saving the day, or a big leap (literally) to a guy like John Collins landing here and taking off. And Smart wants to put on the jersey more than those guys.

I miss Isaiah Thomas now, and if that’s the case, I’m gonna really miss Marcus if he goes too.

If this is a city of champions, we’re playing with fire by dishing out the guy who more than anyone else has the heart of one.