Celtics versus Nets Playoff Preview: 4 ways the C’s pull through 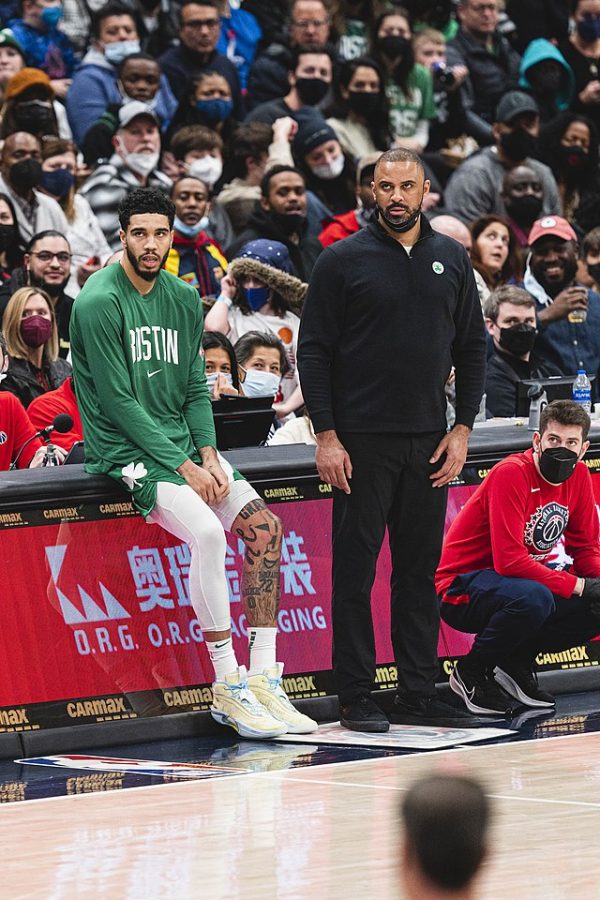 The No. 2 seed Boston Celtics face off against the No. 7 seed Brooklyn Nets on Sunday at TD Garden for game one of the first round of the NBA Eastern Conference Playoffs.

Last year, it was the Celtics who were a 7 seed, wiped out in dominant fashion in the only full series superstars Kevin Durant, James Harden, and Kyrie Irving played together as members of the Nets. The Celtics also didn’t have Jaylen Brown last year, but more importantly, didn’t have the identity and momentum they’re coming with this time around.

The Celtics finished the second half of the 2021-2022 season as the best team in the league but have a massive challenge ahead of them with Durant and Irving ready to shoot the lights out. Here are four things the Celtics need to do in order to overcome this tough first obstacle:

Everyone contributing from deep

It’s NBA basketball and it’s 2022, so the most important thing on the court offensively is the three-ball. The Celtics are 14th in the league shooting threes with a 35.6% rate as a team. That’s not bad, of course, but against the Nets, it means you can’t afford horrendous nights from beyond the arc, or games where only a couple of guys hit open shots. The Celtics will need Payton Pritchard and Derrick White to hit a couple. Grant Williams in the corner is a big factor in this series. Even big men Daniel Theis and Al Horford will have their chance from the top of the key— it’s especially important if Tatum or Brown find themselves cold.

Less than two weeks ago, Durant scored 55, Kyrie poured in 31, and the Nets still lost to the Atlanta Hawks. Nobody else on the roster scored more than nine. And less than two weeks prior to that, a 43-point effort from Irving with 35 from Durant still ended up with a double-digit loss to the Memphis Grizzlies. Patty Mills, who was huge for the Nets earlier in the year when they dealt with more injuries, was scoreless in both games.

The Nets have a better chance of winning if Durant and Irving have high assist numbers rather than points. Let them combine for 80 if it means the other guys don’t show up. If the Celtics lose this series, it’s going to be because of a guy like Mills or Seth Curry. The two combined for six points in the play-in win over the Cavaliers, so there’s pressure to step up big against Boston—expect them to put up a lot of threes this series.

All eyes on Jayson Tatum

It’s probably one of the hardest things you could do in the league right now, but Tatum needs to do his best to match Durant every night. In their series last year, Tatum had 31 points through the first two games. He can’t afford to score much less than that in a single game this time around. Stepping up against Durant on both ends this series is an opportunity to prove that he’s growing into the perennial All-NBA player that can bring the Celtics deep into the playoffs.

Tatum will need to take advantage of starting the series at home and get in a rhythm quickly on Sunday. The more he gets going, the more attention he gets, freeing up looks for the rest of the team. As great as his stepbacks and smooth drives through the lane are, his ability to make the right pass out of a double team is just as impressive.

No stats or numbers to put here. If the Celtics win this series, it’s because they want it more. Tatum and Brown have been to multiple conference finals—how hungry are they for a title run? How ready is this team to capitalize on its post-all star break explosion? Will the Celtics come together and rally for four quarters, or fizzle out like the team we saw at the beginning of the season?

There’s no pressure, per se, but Tatum, Brown, Marcus Smart and Horford have all had playoff success in the eastern conference. When Irving was an injured Celtic in 2017, that core managed to push LeBron James to seven games in the conference finals, and were minutes away from advancing. They shouldn’t be looking for similar results. They should want this title more than ever before, and after a year that just felt different from top to bottom, it’s time to make it happen.

Unlike Irving on the other side, the Celtics’ players have come to play hard every game. They’ve shown the ability to grow into a championship-caliber team. They’ll need communication more than ever, and it would probably go a long way if the Garden gets extra loud for them too.