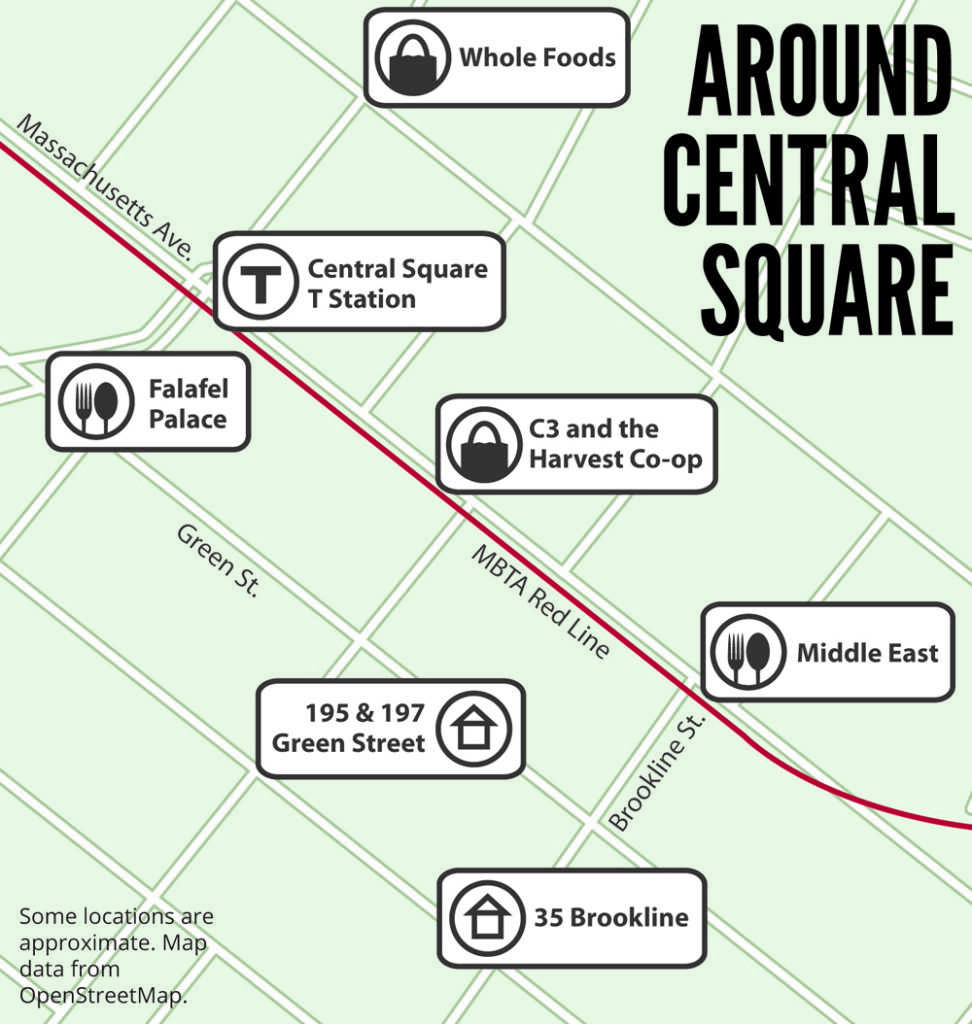 This is the first installment in a series examining off-campus housing options.

With spring soon approaching, rising juniors and seniors are beginning their search for off-campus dwellings for the next school year.

According to an email from residence life sent to current sophomores, the projected availability for housing for the 2012-2013 academic year is approximately 200 beds. The estimate means that roughly 600 rising juniors will need to look elsewhere for housing.

Current upperclassmen live in a variety of neighborhoods throughout Boston and Cambridge. About 30 percent of Emerson students who currently live off campus reside in the Cambridge area, including Kendall, Central, Harvard, and Porter Squares, according to the college’s off-campus student services website.

Mark Porter, the owner of the real-estate agency Apartment Hub, said he has experience working with Emerson students looking for apartments in Central Square, and that it seems to be the ideal location within Cambridge.

“If I were an Emerson student, I’d want to be out there [in Central],” said Porter. “Harvard Square is mostly for Tufts students. I don’t see a lot of people in Kendall, because it’s too expensive. Porter is not bad, but at that point, you’re getting kind of far from Boston.”

• Close walk to the T

“Its got all the clubs, like the Middle East, and it’s the most densely populated area in Cambridge.” — Real estate agent Mark Porter

“Central is a really great area to be a young person. There’s lots of restaurants and bars, things to do in the area being a twenty-something in the city.” — Junior Laura Franzini

• Trying to hail a cab on Massachusetts Ave. at night

• Most cabs only take cash

“There’s a bus stop right outside my apartment, and sometimes there are sketchy people waiting for the bus or hanging out in the area, so that can definitely be a little unnerving.” — Junior Laura Franzini

“I ride my bike everywhere…it’s easy to bike to my internship and school. There are really nice bike lanes around here.” — Senior Allison Gillette.

A block behind The Middle East nightclub in Central Square sits a white, four-story building, covered with pleated siding and rectangular windows. The interior and exterior of the building are simple in design, providing a spacious area for 34 Emerson students to call home.

This off-campus hub lies at 35 Brookline St. Half of the 16 apartment complexes are rented by juniors and seniors from Emerson.

According to Leslie Morgan, a broker for Apartment Hub, many apartment buildings won’t take undergraduates, limiting the number of locations students can choose from.

“It’s one of the few buildings that will take undergrads,” said Morgan.

The Majo Corp. has owned the building at 35 Brookline St. for the last 30 years. Only recently did the owners decide to market more to college students through real estate agents in the area, according to office manager, June Richardson.

“Central is kind of a college square with all of the different colleges combined in the area,” Richardson said. “It’s just a nice location all around.”

Senior Cori Krovo moved into 35 Brookline St. with three roommates last August. The communication sciences and disorders major said she looked at many apartments in Central, but chose this one because of its close proximity to the subway station.

“I really want to get right to the T, so this area is really nice for that,” Krovo said.

Print journalism major Benjamin Austin has lived in the building since August 2010. He said that it was a nice transition from living on campus, because the building provides a dorm-like atmosphere for tenants.

“You can just go downstairs and see your friends,” the senior said. “But it’s not nearly as strict as a dorm.”

Senior Benjamin Barker, one of Austin’s roommates, said he loves the youthful, collegiate environment of the building.

“Everyone is on the same page when it comes to parties and noise levels,” the journalism major said. “You don’t get too many noise complaints here.”

Although students say there are numerous benefits to living at 35 Brookline St., there are some downsides according to Austin. Laundry costs $4 per load and many of the appliances are old.

“It’s kind of an outdated building with a lot of outdated stuff,” Austin said. “It is just something we have gotten used to, I guess.”

Senior Allison Gillette, another resident of 35 Brookline, said they have had issues with mice in their apartment, but that the landlord quickly fixed the problem.

“The only thing I don’t like about the apartment is the mice problem, but that happens everywhere,” the visual and media arts major said. “Our landlord took really good care of it.”

Krovo said she and her roommates were recently informed about a rent increase of $50 to $100 per person if they want to renew their lease after this summer. They plan to pay the increase to stay in their apartment for another year.

“Even though there will be a price increase,” Krovo said, “the rent is still comparably lower than it is in many other areas around Boston.”