Chances of students winning the off-campus lottery to decrease 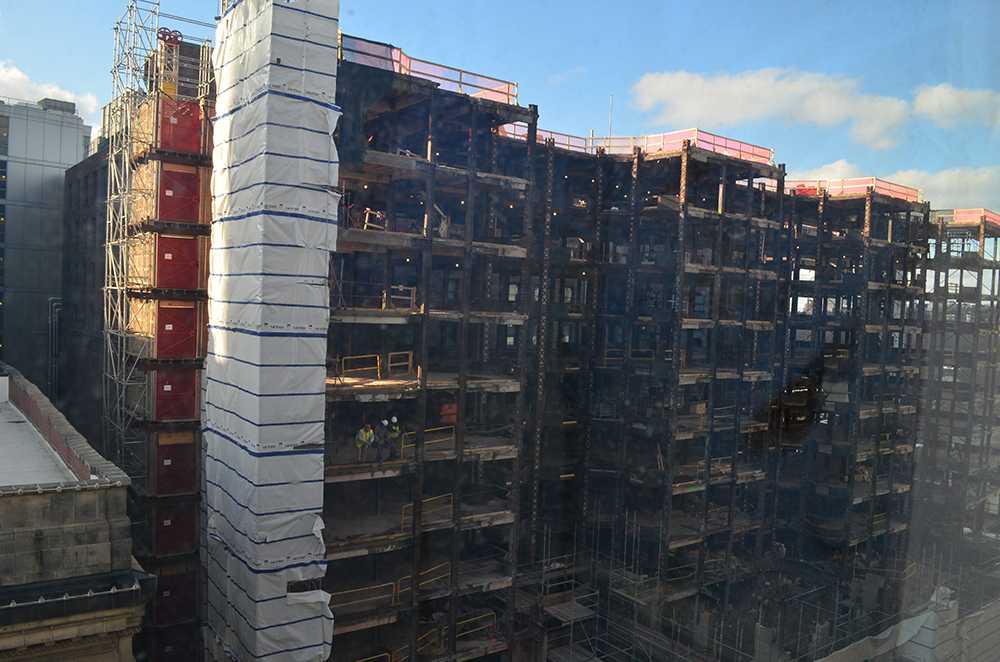 With the opening of the Little Building, pictured here, students will have less chances of winning a spot in the off campus lottery. Photo Courtesy Beacon Archive.

Students hoping to move off-campus prior to their senior year face diminishing chances in the off-campus housing lottery.

Students who entered in the 2016 and 2017 fall semesters were offered the opportunity to participate in an off-campus lottery to assure the college would have enough beds for students on-campus. With the opening of Little Building, the number of students released from the 3-year on-campus housing requirement will decrease each year, according to Associate Dean for Campus Life Erik Muurisepp.

“There will always be a sort of reverse lottery for students that aren’t able to live here for three years or need to move off-campus,” Muurisepp said. “But that number will be smaller and smaller each year of who we let off the residency requirement.”

Seth Hodge, the associate director of housing operations, said the lottery was provided because there were less beds available for the last two years since Little Building temporarily closed for renovation.

Little Building, which will open in fall 2019, will provide 280 additional new beds—the college anticipates to house students on campus for six semesters instead of four.

Students who meet specific requirements, like being 23-years-old or above, married, or a veteran, can fill out the Request for Exemption to Residency Requirement Form found on the Emerson College Housing Portal. Exemptions also include students who have a disability that precludes living in a residence hall or if the student is able to demonstrate significant financial hardship that would otherwise prevent them from attending the college.

Qiyuan Zhao, a sophomore who’s been released from her housing by participating the lottery, is now living in an apartment in Huntington with one other person. Zhao pays $1,350 for rent per month, plus Wifi, electricity, gas, a T-pass, and grocery, which is around $200 if added together.

“I was not very surprised [that they let me go live off campus] because Emerson wants enough spaces for freshmen,” Zhao said. “I give myself the upper limit of $2,000, but I usually spend less than that, and it’s definitely more freedom.”

During the construction, the school signed a two-year lease with 12 Hemenway residence hall, a hostel turned residence hall supplied with 100 beds, to open space for more students to live on-campus.

By fall 2019, the college will have 1,932 beds in total. Pelton said the revenue of these beds will help pay off the costs of Little Building and 2 Boylston Place residence hall renovations. Little Building will cost the college about $100 million according to The Boston Globe, and 2 Boylston Place cost $63 million according to the Commercial Property Executive.

“[The changing of the residency requirement] has to do with the Little Building project and partnering with the city to have as many of our students on-campus in college as possible,” Muurisepp said. “With the Little Building project, and in addition to the 2 Boylston Place project, now we are able to held 70 percent of our students in college housing.”

More than 50 colleges and universities exerted enormous pressure on Boston’s housing market, according to Mayor Martin J. Walsh in a document released in 2014. Walsh found this led to less houses available for families and working people in Boston.

An estimated 1,222 Emerson undergraduates lived off-campus—about a third of the undergraduate population—during the 2013-2014 academic year, according to the report.

The report also said off-campus students are more likely to live near campus in a few specific neighborhoods. This clustering creates concentrated local competition, the workforce and families in these neighborhoods become displaced from the market, and rents increase, Walsh stated.

The report cites these student-centric neighborhoods as Allston and Brighton, Fenway and Kenmore, and Jamaica Plain and Mission Hill.

After the college adopted the current 3-year on-campus housing plan in 2016, communication went out in October to incoming students and their families announcing the new requirements, according to James Hoppe, vice president and dean of Campus Life.

“It’s been talked about in all the admissions information, so every students enter was told there will be a 3-year requirement. It’s been part of the orientation, family weekends, it’s part of the housing assignment process in the last two years,” Hoppe said.

Sophomore Chesirae Barbano said she knew Emerson required students to live three years on-campus from when she signed the housing contract, but she never thought it would be so rigid. She said she didn’t remember hearing about the requirement during orientation week or family weekends.

“For me, I would rather live off-campus,” Barbano said. “As a freshman, it’s really helpful [to live on-campus] because it’s a focused area for you to enhance your skills. But for me, I’m looking for something else …  I think I’m just ready to move off-campus. I want to have my choices and my options.”