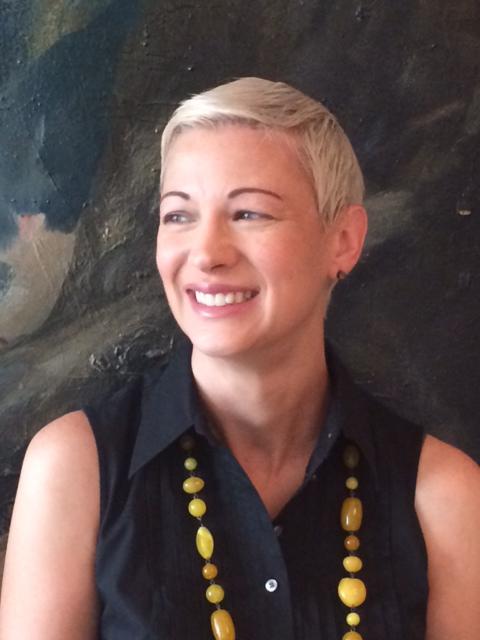 By the end of a vacation at Disney World, many visitors are familiar with Cinderella’s iconic castle, but fewer know about the complex web of underground tunnels to be explored underneath it.

Emerson professor Cher Knight, however, was fascinated by the hidden aspects of the amusement park, delving into over 20 years of research to discover the inner workings of the childhood wonderland.

Knight’s newest book, Power and Paradise in Walt Disney’s World, was officially released last Tuesday during an hourlong presentation in the President’s Room in the Iwasaki Library. Her presentation offered a glimpse into her background and writing process, as she shared photographs from her countless visits to the park, read a sample from her book, and answered questions from the audience.

Knight, a visual and media arts professor, described her process for studying Disney as unconventional. She said she listened in on conversations between Disney World employees and patrons and toured the underground “Utilidors”—hidden utility corridors used by Disney cast members to carry out park operations while remaining out of sight. Throughout her presentation, Knight juxtaposed photos of amusement rides and scenic views with shots of restricted areas and industrial cooling equipment.

Knight said that an extensive archive of literature about the theme park already exists, but all existing content had to be approved by the Disney corporation prior to publication. Knight said she wanted to publish her book without Disney’s stamp of approval so that she could shed light on both positive and negative aspects, so she decided to write about Disney “without Walt’s blessing.”

Knight said she intended to offer a new perspective of Disney as a company within the context of Disney World as a technological and cultural microcosm.

“In the past with pop culture, there was a distance between culture and the critic. In order to critique it, I take part of it and enjoy it,” said Knight, who traveled to Disney World many times, an industrial complex she said was more akin to the Vatican City than to Six Flags.

Knight said critics should be able to supplement their academic knowledge with firsthand experiences, a practice that she said she has become fond of throughout the two-decade research process.

“I think people see Disney as black and white—as all good or all bad—and with very little gray area,” she said. “It’s the lack of perfection that I find interesting.”

Knight is also a co-founder of Public Art Dialogue, a community devoted to sponsoring discussions on public artwork. She said in her presentation that she comes from a background in public art, architecture, and museum studies, so she first approached her Disney project as an art historian.

“I was very interested in their parks as design spaces and how cohesive they are,” she said.

She said she soon realized, however, that to accurately depict everything Disney World offers, she would have to expand her focus and also research how visitors interact with the physical space.

“I’ve photographed a lot there, and it’s interesting to learn that someone is doing something similar,” said Camilo Ramirez, a photographer and visual and media arts professor who attended Tuesday’s presentation. “A talk like this really gets people thinking about how things work. There’s so much to see in the world around us, but there’s probably more things you don’t see.”

“She really showed a new side of Disney that isn’t advertised­—that’s behind the padlocked doors and no one gets to see,” said Feeney, a journalism major.

Knight said she is genuinely appreciative of the college’s ability to make her book a reality.

“Emerson is the kind of place where an art historian can write a book about Disney,” she said, “and not be questioned.”