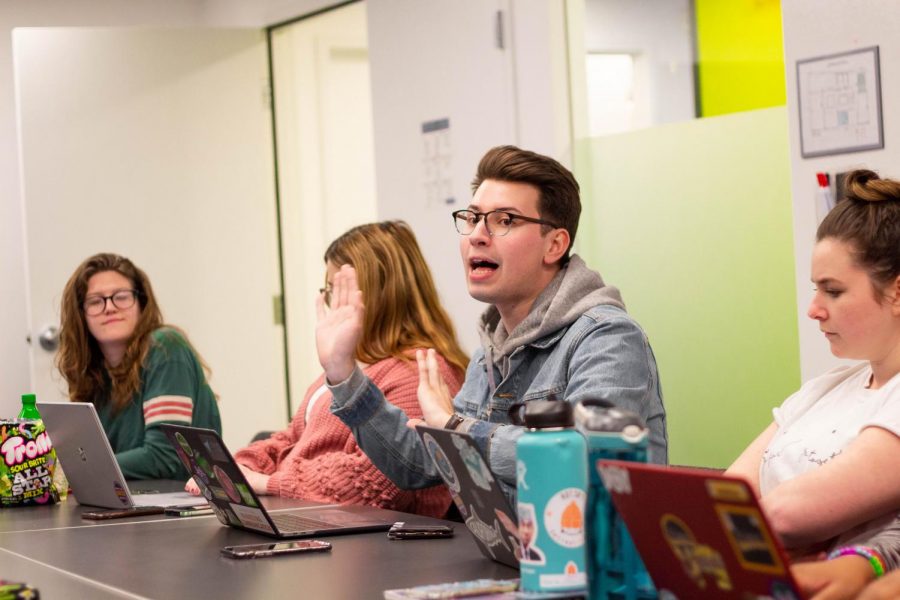 Student Government Association Chief Justice Joseph Johnson would not take a stance on the two potential grounds for ineligibility in SGA against Executive Treasurer Abigail Semple laid out last week by The Beacon.

“The constitution is the constitution,” Johnson said. “I feel like that article—Article VII Section II Point E is pretty straight forward.”

In a story published early Thursday morning, The Beacon outlined two potential oversights of Student Government Association constitutional policy that bring into question the legitimacy of Semple’s service in the role of executive treasurer.

The executive treasurer position is arguably the most powerful in SGA, giving whoever holds it oversight of the nearly $1.2 million in funding allocated to the organization for the 2019-2020 academic year.

Article VII, Section II of SGA’s constitution, titled “Qualifications,” dictates that in order for a student to assume the position of executive president, vice president, or treasurer, they are required to be enrolled in at least 12 academic credits at the college.

Semple is currently only enrolled in eight academic credits, making her constitutionally ineligible for the executive treasurership, according to academic records given to The Beacon by Semple.

The highly contentious spring 2019 race for executive treasurer saw Semple win the position after the two top vote getters, Joseph Davidi and Brady Baca, declined the job. Semple managed to secure the position with a write-in campaign that garnered only 86 votes.

SGA’s constitution dictates that in order for a candidate to be elected, they must receive a simple majority of total votes cast in the election.

Furthermore, the constitution states that if no candidate receives more than 50 percent of overall votes cast in the election, a secondary election must take place within five days of the initial election to determine a winner.

No secondary election was held in spring 2019—Semple simply assumed the position of executive treasurer.

Johnson made it a point to not make a definitive statement on the grounds laid out by The Beacon, saying that it is his job to make a constitutional ruling on an issue of impeachment only when official articles of impeachment are brought to SGA.

SGA’s constitution does not specify who can or cannot bring articles of impeachment, but dictates that the chief justice must initiate and preside over any official proceedings. A two-thirds majority vote of joint session members is required to convict an accused member of the student government.

In a slightly contentious interview Friday, Executive President Will Palauskas said he didn’t want to make a concrete decision on either of the potential grounds until official articles of impeachment are filed.

However, towards the end of the interview, Palauskas said that he felt the clause regarding SGA election practices didn’t delegitimize Semple’s tenure.

Palauskas told The Beacon that he was unwilling to make any sort of constitutional judgement regarding Semple’s failure to meet the qualifications to serve as executive treasurer.

“You’ll hear my decision if articles of impeachment are raised, but they’re not being raised,” he said. “I just think it’s unfair for me to base my opinion off of this article and without hearing what the official case is, if there is a case.”

Vice President and Dean of Campus Life Jim Hoppe told The Beacon that he does not yet feel comfortable commenting on any potential grounds for impeachment against Semple.

As of Saturday, no articles of impeachment had been filed.