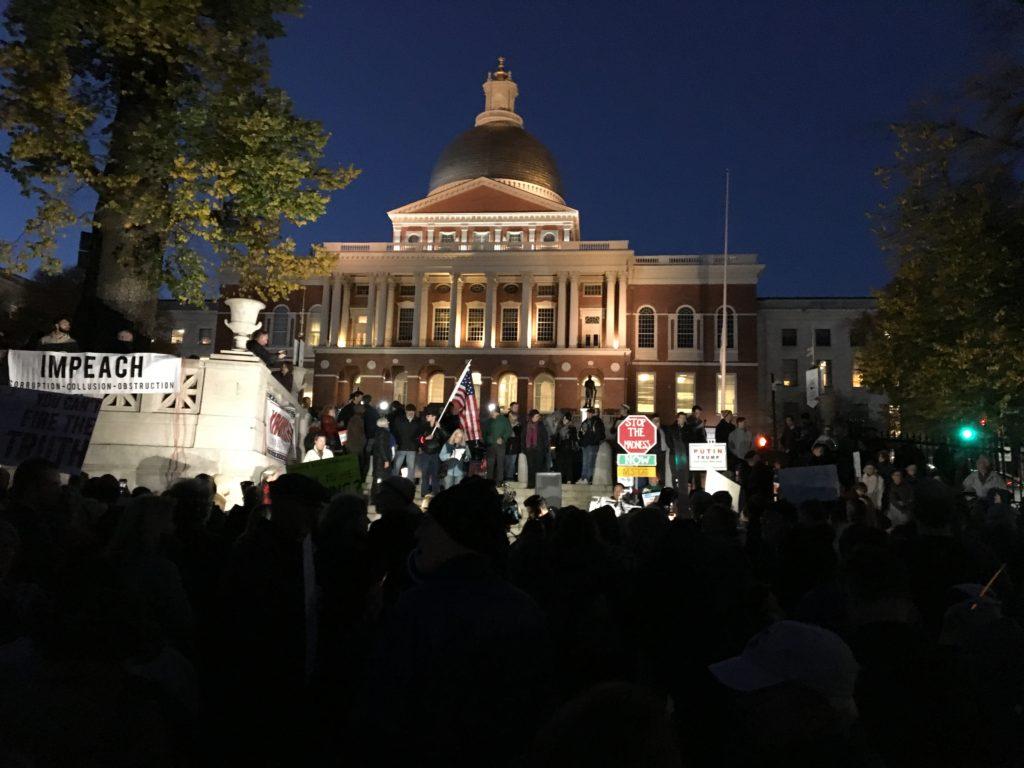 The Boston Common echoed with the chant, “2-4-6-8. Mueller must investigate,” as about 1,000 citizens gathered near the front of the Statehouse in reaction to the recent resignation of Attorney General Jeff Sessions.

The political organization March For Truth organized a rally on the Boston Common on Nov. 6 to protect Special Counsel Robert Mueller’s investigation from President Donald Trump’s political interferences. March For Truth held the event in front of the state house from 5 to 6 p.m.

The rally was part of a larger campaign that March For Truth plans to continue in the future called “Trump is not Above the Law.” March For Truth views the resignation of Sessions as forced.

Multiple news outlets also view Sessions’ resignation as forced. Sessions wrote to Trump, “at your request, I am submitting my resignation,” according to CBSNews.

“I think it’s important to show violations of justice,” Hearn said, “I don’t think Trump firing Sessions could be seen as anything other than a direct move towards firing Mueller.”

Middlesex County District Attorney Marian Ryan spoke out in support of Robert Mueller and against the political movements attacking the investigation.

“What [Muller] and his team have been doing is what prosecutors do,” Ryan said. “They have been diligently working, gathering information, not commenting on it, not trying the case in the press, and doing it in a way that is apolitical. That must continue.”

March For Truth Organizer Myra Slotnick said she sees the firing of Sessions as a tipping point in U.S.  history and makes clear this will not be the last protest on this matter.

“A constitutional crisis is a happening, an infringement, a violation of an epic kind that our constitution(,) as it is written, has no language for,” Slotnick said.