Climate change is detrimental for people living in poverty 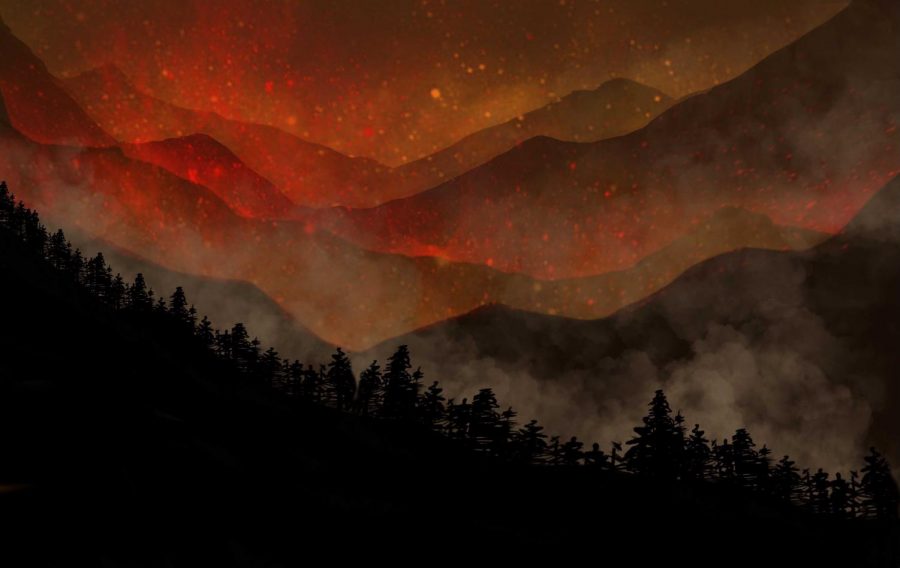 The way we experience the weather says a lot about our positionality and our privilege.

A few days ago it was raining, and for the first time in a while, it wasn’t too cold for me to enjoy the drizzle. Whenever I see rain, my mind immediately travels back home to the Dominican Republic, where heavy rain is common. The nostalgia of a cloudy day reminds me of Sundays at home, staring out the window with a nice book in hand, often a young adult fantasy. However, the more I read into something as trivial as the weather, the more I realize how it’s not trivial at all.

While I can call a storm an excuse to stay home under my covers, oftentimes for others it can be a natural disaster. Natural disasters, such as drought, extreme rainfall, and flooding, are huge environmental factors in keeping people in poverty, according to BBC News. Most developing nations invest money in responding to these disasters instead of preparing (especially through infrastructure) for these inevitable disasters. This means that the poorest citizens lose more when disaster hits.

The United Nations Office for the Coordination of Humanitarian Affairs released a 2012 report about the residents of La Ciénaga, a poverty-stricken settlement along the banks of the Ozama River in the Dominican Republic. Residents of La Ciénaga recall the fear that comes with living in an area that floods whenever it rains, recounting times where it took them up to three days to get water out of their homes. This isn’t just an inconvenience to them—flooding can cause property damage, financial distress, and even loss of life.

In October 2007, the Tropical Storm Noel cost 439 million pesos in material losses, claimed 87 lives, and another 42 people were reported missing.

OCHA states that these people suffer through harsh conditions simply because they have no alternative. In this case, 400,000 people live on the banks of the two main rivers of Santo Domingo–the Ozama and the Isabela–where they are exposed to hazardous weather constantly. What to me is a lazy day off or a cute picture of the droplets on my window can be the loss of life or livelihood for thousands of people.

Now that I live in New England, I see the other side of the same coin. As someone who previously lived in a tropical country, experiencing snow was almost like an adventure to me. But what I don’t always realize is the estimated 18,471 people experiencing homelessness in Massachusetts are ten times more likely to freeze to death during the winter months due to lack of shelter.

However, it is a whole different beast when climate change becomes a factor in how we experience weather. Because we are all seeing the effects of climate change everywhere, its consequences are felt unevenly around the world. This isn’t an isolated issue— this affects millions of people across the world.

With the effects of climate change, it’s not just the weather; it’s the continuous rise in natural disasters, flooding, coastal erosion, changing temperatures, and rain patterns. Most of which affects people living in poverty, even though the 50 least developed countries in the world contribute only 1 percent of greenhouse gas emissions. The disastrous weather as a result of climate change leads to 99 percent of total fatalities and 90 percent of all economic losses to occur in less developed countries. Which, according UN, constitutes with low-income countries confronting severe structural impediments to sustainable development. Making them highly vulnerable to economic and environmental shocks.

Climate change affects everything from where a person can live to access to health care. For example, the ongoing forest fires in Australia have caused tens of thousands of people to flee their homes, and those who managed to flee are being affected by intense pollution that was released into the air. All forms of air pollution lead to an estimated 8.79 million premature deaths worldwide each year, disproportionately affecting impoverished people.

After natural disasters like hurricanes, countries repair differently. Puerto Rico is still reeling from Hurricane Maria years after the storm. The United States however, though there is certainly room for improvement, has the resources to aid communities after natural disasters. For example, the 2005 Hurricane Katrina which marked the first real use of the National Response Plan’s Emergency Support Function-14, Long-Term Community Recovery. Or the LRA—the Louisiana Speaks Regional Plan, which helped approximately 128,000 homeowners to repair their properties or to sell them to the state.

If we do not start focusing our energy on the climate crisis, there could be even more significant economic and ecological disruption. This is especially true for already vulnerable populations. Climate change is expected to reduce assets for many impoverished people, by altering economic growth and regional food security. Rising temperatures are expected to cause water resources to become stressed through increased evaporation losses and water demands. Food production, which is closely linked to water, will face increased stress in regions where water is scarce.

Thinking about this makes me realize it’s a privilege to enjoy the rain or the snow, and romanticize its appeal. I find myself in the position where I have the option of staying home when it rains without the fear that my house will flood. The way we experience the weather says a lot about our positionality and our privilege. However, it’s not enough to feel bad about it—we need to do our part in spreading awareness and reducing the effects of climate change.

Talk to your friends and family about their carbon footprint and talk to your local representatives about their plans to address climate change. Encourage Congress members to enact new laws that limit carbon emissions. The NRDC (Natural Resources Defense Council) encourages individual citizens to choose a utility company that generates at least half its power from wind or solar power. They also recommend choosing a company that has been certified by Green-e Energy, an organization that vets renewable energy options. If that isn’t possible for you, they also suggest taking a look at your electric bill; many utilities now list other ways to support renewable sources on their monthly statement. There are countless ways we can make a difference, no matter how small.