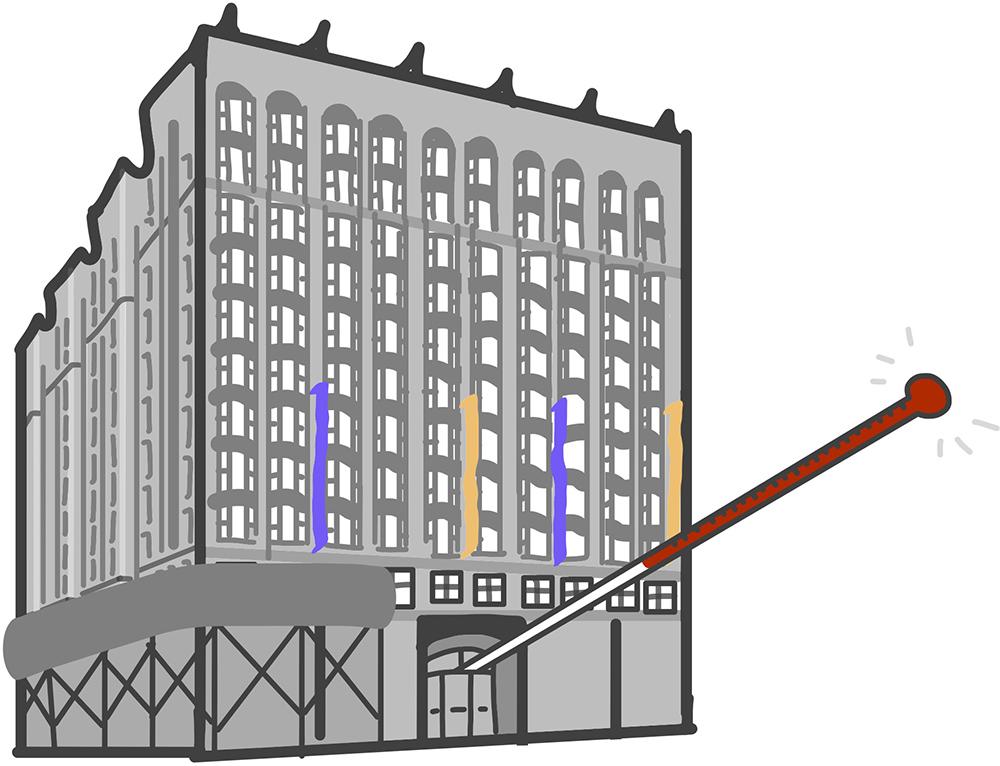 At issue: Results of Emerson’s climate survey are released.

Our take: There is a disconnect on issues of diversity that administrators ought to address.

Emerson’s first collegewide survey of the campus climate presents many significant results. Some are laudable, like the finding that nearly all students and employees feel diversity is an important personal value. Others, however, should motivate administrators to push for long-needed changes.

One aspect reveals a problem that many at Emerson have discussed but has never been quantitatively studied. Students who identified as black or African-American reported significantly lower satisfaction with questions about a sense of belonging and respect than nearly every other racial group. (Pacific Islanders also gave the college low marks, though only six students indicated that as their race, so the results are less reliable.)

Sadly, it’s easy to see why African-American students would feel less at home at Emerson. For one, the college’s racial makeup is still skewed. In 2012, the latest year for which Emerson published freshman class demographics, only 3 percent—or roughly 26 of the 863 total—of new students reported their race as black. Just 2.7 percent of all undergraduates are black, according to the college, compared to nearly a quarter of the Boston population, as reported by the U.S. Census.

Yet the problems run deeper. Several classes at the college cover the spectrum of African-American literature, including courses like From Slavery To Freedom, Harlem Renaissance, and Black Revolutionary Thought. In several of them, however, students of color have expressed discomfort at the casual nature with which white students have used outdated, offensive terminology found in these works.

While Emerson should, of course, not censor important texts, professors should be more wary about how liberally and in what context students should use these words—or if they should even be allowed to use them at all. Some students say their peers use these historically derogatory terms a little too easily, creating an awkward and even hostile classroom environment for certain members who have a better, and more personal, understanding of those words’ meaning and history.

Last week, the Student Government Association met with administrators to discuss what representatives saw as problems with diversity in film and theater casting. “Students are left having to educate their professors and peers, and fill in the gaps between areas of understanding,” said sophomore Sheba Wood, the SGA multicultural commissioner. And senior Alicia Carroll, the visual and media arts senator, said introductory film classes often don’t teach students how to cast or direct actors in ways that are sensitive to diversity.

Effectively learning about storytelling—a skill and talent required in nearly every one of the majors offered at this school—requires a rapport and shared background with the professor that may be hard to find for some. Only 7.1 percent of full-time professors are black or African-American, while 78.2 are white. Among part-time faculty, 3.9 percent are black, while 83 percent are white, according to the college’s statistics. This isn’t only limited to classroom interactions. Emerson has an all-white staff of counselors, which might make it similarly difficult for students seeking guidance from someone who can empathize with them in struggles related to race and ethnicity.

More fundamentally, the survey revealed that there is a dramatic disconnect between the way students, faculty, and administrators perceive the school’s racial and cultural sensitivity. When asked if people of diverse backgrounds, cultures, and perspectives are valued at Emerson, 80 percent of the senior leadership—vice presidents and deans—answered positively, compared to 73 percent of of faculty members.

The onus is clear: Emerson must spend significantly more resources on cultural competency training for students, professors, and staff alike.

The climate survey itself shows that training can be effective. Overall, 54 percent of student respondents said that the sexual assault education and training that Emerson provided would be effective in reducing or preventing sexual assault. Among first-year students, however—who were given new workshops during their orientation than were much more extensive than any other grade—65 percent said their education would be effective, a markedly higher result.

At a college whose motto is “expression necessary to evolution,” more resources for cultural competency and sensitivity training must be considered a top priority. Emerson must empower its students—every single one of them—so that they feel safe and able to express themselves, as they came here to do.