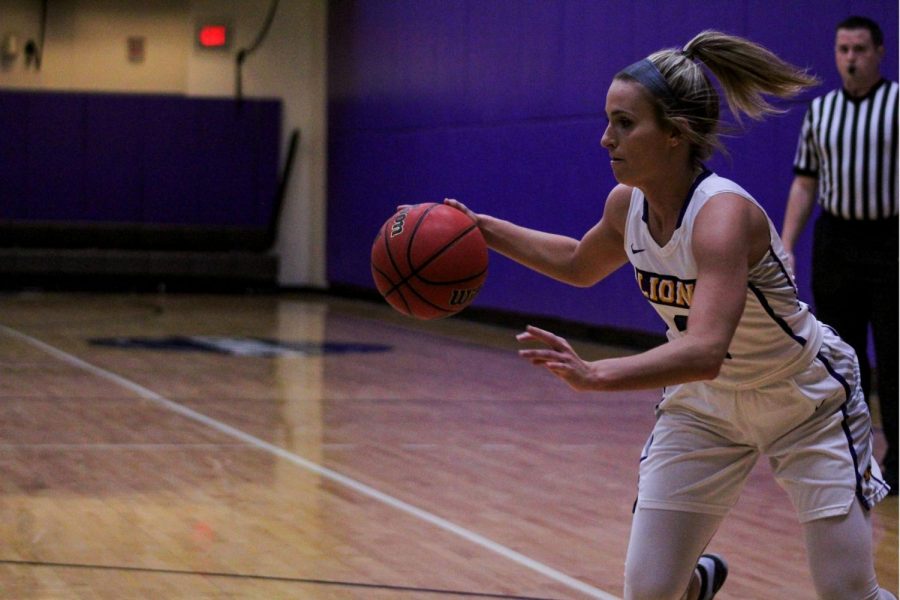 Clydesdale averaged 8.3 points per game during her senior season.

Women’s basketball senior guard Natalie Clydesdale won NEWMAC Player Of The Week on Feb. 24, in the final week of her college career, but she said the accolade is barely crossing her mind.

“As great as it is to be recognized, this doesn’t really mean that much to me,” Clydesdale said in an interview over the phone. “Winning means way more to me than that.”

While winning the final award of her college career, she is also dealing with the final loss of her career after the Lions lost by a score of 65-77 to Smith College in the quarterfinal of the New England Women’s and Men’s Athletic Conference playoffs..

Clydesdale made three of her eight shots, made three free throws, grabbed four rebounds, and added three assists against Smith.

“It was a tough pill to swallow,” Clydesdale said. “That wasn’t the result we wanted, and we know we can beat Smith, and we have before and typically have beaten them in my four years here.”

Although her final game against Smith ended in defeat, head coach Bill Gould said one of Clydesdale’s career highlights came against the Pioneers three seasons prior.

In 2017, the then-freshman guard made a game-winning shot with two seconds left on the clock to defeat Smith in overtime.

Clydesdale spent her freshman year as a bench player, averaging 16 minutes per game and shooting less than 40 percent from the field. Despite her limited role, Gould said he believes Clydesdale’s confidence helped her have success early in her career.

“She was not afraid to take the last shot, and she made it,” Gould said in an interview over the phone. “For a young kid like that, to take that shot, it’s a great thing. I think it really epitomizes who she was coming in, and then who she stayed her entire career.”

Following her freshman season, Clydesdale went from not starting a single game to starting every game minus one. She averaged 1.1 steals and just under five rebounds to go along with 41 percent shooting from the field.

“Her work ethic allowed her to just improve and become one of the best all around players that’s ever played here,” Gould said. “She could pass, she could defend, she could rebound. She led the team in rebounding this year from the guard spot. She just did everything right. She was a great leader and a great kid.”

In her junior year, Clydesdale finished in the top 10 NEWMAC rankings for steals per game, rebounds per game, and total steals. Clydesdale said one of her favorite memories on the court occurred when the Lions defeated conference rival Springfield College in a triple overtime thriller.

In her senior season, Clydesdale’s play stayed at a similar level, with similar averages in points and rebounds but with a career high two and a half assists a game.

“Pretty much everyone had family there, so it kind of felt like a home game in Puerto Rico,” Clydesdale said. “We ended up winning after coming from behind. I don’t know how many we were down by, but that was just an awesome experience.”

Speaking on her experience with Emerson basketball, Clydesdale held strong feelings about the end of her career.

“I’m just sad it’s over, and I’m grateful I had the opportunity to play,” Clydesdale said.