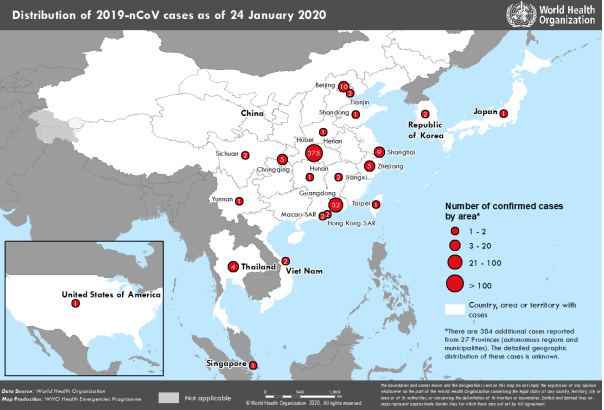 The college urged students to remain vigilant in recognizing potential Coronavirus symptoms in a statement Friday after two cases in the United States were confirmed by the Centers for Disease Control and Prevention.

Despite no confirmed cases in the state, the college asked students who traveled to and from the Asia-Pacific region within the last 14 days to be aware of symptoms. Community members experiencing fever, cough with difficulty breathing, wheezing, or shortness of breath should seek medical attention immediately and inform providers of recent travel, the statement said.

The virus is not airborne—instead, the respiratory infection spreads through cough and sneeze droplets. CDC reported the two cases in the United States on Jan. 21 and 24. A statement from the organization says there are “ongoing investigations to learn more.”

“For those who must travel to areas where the virus has been identified, we recommend you monitor your health status for 14 days on return from travel,” the statement read. “The Los Angeles County Department of Public Health suggests steps to take if you must travel to Wuhan.”

Members of the college’s Center for Health and Wellness participated in conference calls “specifically targeted for college and university health care providers” with the Boston Public Health Commission and Massachusetts Department of Public Health, according to the statement.

The World Health Organization reported Friday that there were 846 confirmed cases globally, 11 of which occurred outside of China. There have been 25 deaths reported to date.

The organization made recommendations to China to conduct exit screenings at international airports and ports in the affected areas while encouraging screenings at domestic airports, railway stations, and long-distance bus stations as necessary.

U.S. Department of State released a travel advisory Thursday advising “increased caution” when traveling to China. The department also issued a level four warning urging individuals not to travel to Hubei province where the Coronavirus was first identified.