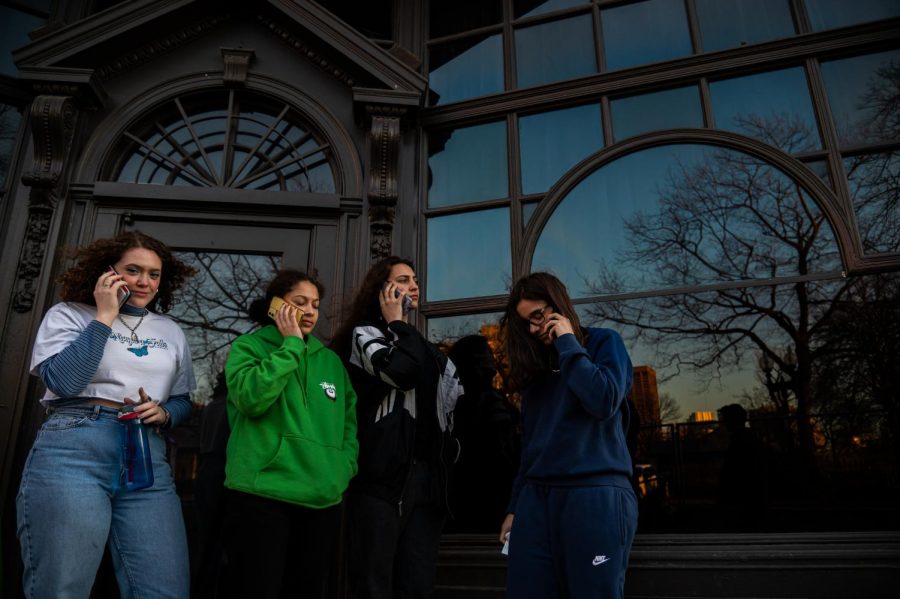 The college announced that all students must vacate campus residence halls in both Boston and Los Angeles by March 20—a dramatic reversal of an earlier decision that gave students the option to stay.

Students have until next Friday at 3 p.m. to leave residence halls, President M. Lee Pelton wrote in a statement to the community Friday afternoon. Pelton said students who are unable to leave campus may request to remain on campus and must complete a form for extended housing by March 16 at 5 p.m.

In what has been one of the most fluid and drastic weeks of the semester, Pelton and Vice President and Dean of Campus Life James Hoppe said they made decisions with the information available at the time and with students and families at the front of their minds.

“In a few short days, the world in which we live has changed profoundly with breathtaking speed as COVID-19 cases continue to increase in Boston, Los Angeles and beyond,” Pelton wrote in an email to the community on Friday afternoon. “Our earlier decision was guided by the principle to give our students and families agency in unprecedented circumstances by permitting them to make the very difficult decision to leave or remain on campus.”

Hoppe, who previously worked to provide housing to students affected by Hurricane Katrina, said the situation with COVID-19 has changed rapidly and significantly with each passing day.

“I’ve never seen anything like this,” he told The Beacon Friday.

Pelton also announced that all Emerson Los Angeles classes, including internships, will move online beginning March 23. He asked ELA students to vacate the residence halls but said they will receive partial credit for spring semester room and board charges due to the unforeseen nature of the evacuation.

“We must ask you to vacate the residence halls by Friday, March 20 at 3 pm,” the email read. “Families and friends are invited to come to the Los Angeles campus anytime before March 20 at 3 pm to assist students with packing and move-out.”

ELA will remain open but without dining hall and health services.

The virus has expanded dramatically in the U.S. over the last week and as of Friday evening, there are over 1,200 total reported cases in the U.S., with 33 deaths, according to a COVID-19 tracker from the Center for Systems Science and Engineering at Johns Hopkins University.

The United States closed its borders to non-citizens coming from Europe and President Donald Trump declared a national emergency Friday.

Gov. Charlie Baker, at a press conference in the State House on Friday, banned all public gatherings with more than 250 people. Many other schools, museums, and shopping centers have closed since Monday. The World Health Organization officially classified the virus as a pandemic Wednesday.

“In the evolution of both the virus and the impact on the economy institutions and the American psyche has been swift and devastating,” Pelton said in an interview. “With the college, we must deal with the world as it is rather than the world we would hope it to be and the world has changed enormously just in the last four days.”

Pelton, who has worked in higher education for decades, said he has seen the communities of higher learning confront unimaginable challenges.

“I have also seen the way in which these crises beckon to the better angels of our nature, moving students, faculty, staff, and families alike to channel our common humanity and commitment to a better future,” his statement read. “I know and I am fully confident that the ingenuity, creativity, and fearless spirit of the Emerson community are what will get us through this difficult period.”

Updated 3/13/2020: This article was updated with information from President M. Lee Pelton and Vice President and Dean of Campus Life James Hoppe.