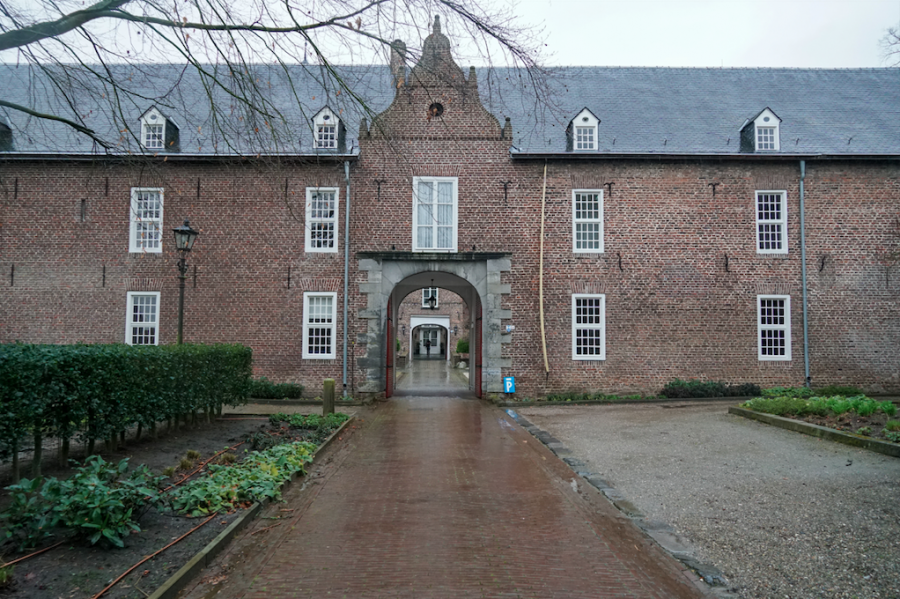 The college is currently “leaning in the direction” of providing housing refunds to Kasteel Well students planning to return home for the remainder of the semester, a college official said in a meeting Wednesday night.

“In terms of housing, for those who are staying, in terms of credit or rebate or whatever, we are looking at that right now,” Pinder said in the meeting. “I would not worry about that, it is not definitive that there will be a refund, but we are leaning in that direction.”

After the meeting, Pinder said he is unsure if students who plan to leave later in the semester will receive a refund after vacating campus.

The college planned the meeting, which saw approximately 40 Kasteel Well students gather at the Bill Bordy Theater, to discuss the state of academics for the remainder of the semester for the students just recently returned from the Netherlands. The meeting comes after the college announced the transition of all courses to remote instruction Tuesday night following a rapid increase in cases of COVID-19, commonly known as coronavirus, in Massachusetts.

A Utah Jazz player who practiced in the Bobby Brown and Steven Plofker Gym on March 5 and 6 tested positive for COVID-19 on Wednesday, according to a statement from the team and Emerson College President M. Lee Pelton.

In an email to Kasteel Well students and parents, Executive Director Dulcia Meijers said midterm exams are delayed again for one week and being pushed to March 19 and 20. The remaining midterm exams will be virtual and students will receive a one-week extension on midterm papers and assignments to accommodate the online transition.

Online courses will begin on March 23 along with the rest of the college. Pinder said the Kasteel Well senior staff is unsure of the course schedule for the remainder of the semester. Kasteel Well professors are working to redesign courses, which will likely consist of a combination of webinars alternated with special assignments, short papers, and short Zoom sessions whenever possible, the email from Meijers said.

Despite the additional delay of midterm exams and the start of online courses, Kasteel Well students will still end their semester on April 22 as initially planned.

During the meeting, Pinder detailed the contributing factors that led to the college’s decision to send Kasteel Well students back to Boston.

“The main decision was made because it was increasingly becoming obvious that we needed to get you out of Well because of where Well was situated,” Pinder said in the meeting. “We were near Amsterdam, there were cases rising up near the German border, the fact that some of our faculty and staff were coming from infected areas. It was getting to the point that if we had waited even a week, things would have been worse.”

In addition to the rise of COVID-19 cases in Europe, Pinder said the college became concerned regarding the services, such as food, the program could offer students as the virus continued to spread.

“Another thing we considered was how we were going to get food to you if certain parts of the country shut down or certain businesses that are our vendors that keep our castle running shut down,” Pinder said in the meeting.

Kasteel Well sophomore Claire Kong said the college’s decision to allow students to remain on campus makes her anxious that the virus could spread within the community.

“It is extremely overwhelming,” Kong said in an interview with The Beacon. “Dorm buildings are petri dishes for viruses, so unless they kick the students out, it’s not going to help that much. We also can’t kick all students out because they don’t all have places to go back to.”

“I wasn’t surprised that classes got moved online because it was already happening to us anyways,” she said. “I do feel bad for a lot of theater students and [visual media arts] students taking production classes or movement classes who won’t be able to get that hands on experience that is really needed for their artform.”