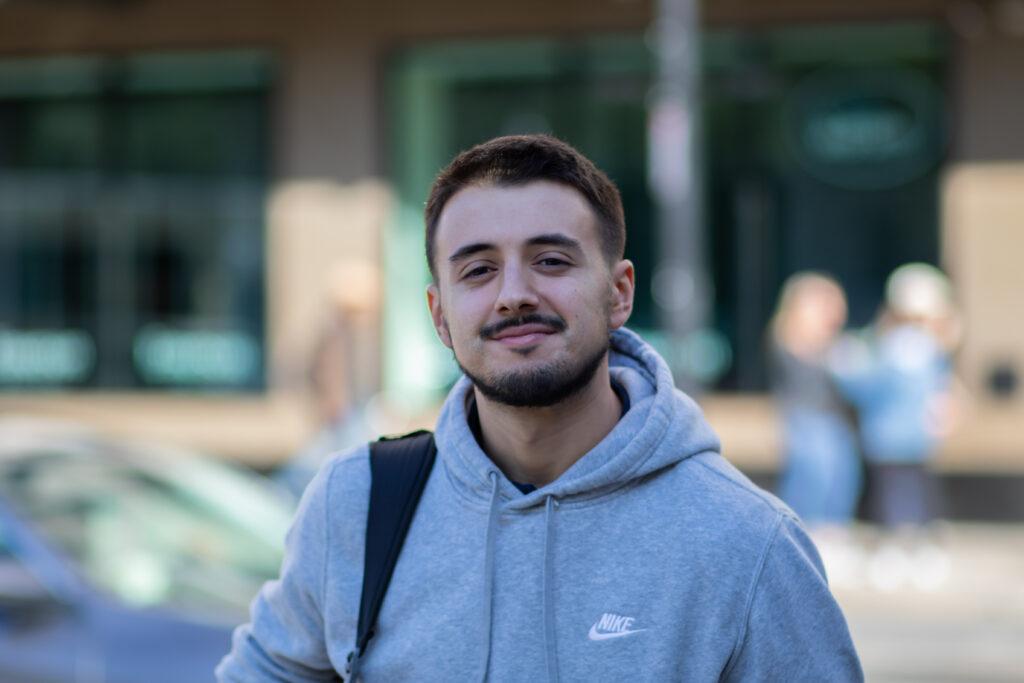 “Colbert and Dubs" host Ryan Ribeiro lost access to his producer's room after the college converted it into an office. Tivara Tanudjaja / Beacon Correspondent

Sophomore Jeremy Guerin, a host of a sports radio show on Emerson’s Talk and Information Network, walked into a studio in the Ansin building this September expecting to see a producer’s room with a microphone, headset, and telephone.

Instead, he walked into a faculty office with new photographs, an unfamiliar name tag, and someone else’s personal belongings. His show’s equipment was missing.

ETIN produces the two sports radio shows; “Massholes with Mics,” hosted by Guerin and “Colbert and Dubs,” hosted by junior Ryan Ribeiro.  The students produce their shows in a studio that consists of three microphones and a producer’s board. They once had access to a fully equipped producer’s room as well— which now serves as a WERS office space.

WERS Manager of Operations Howard Simpson confirmed in an email to The Beacon that the college converted the producer’s room into a WERS marketing office over the summer.

“We have very limited space within our facility, and we have to make decisions as to how that space is utilized based on the priorities of WERS and WECB,” Simpson wrote.

Simpson also wrote that the producer’s room was mainly dormant. He said that the few students who host a radio show would only occupy the space a few times a week.

In an interview with the Beacon, Ribeiro discussed the professionalism of the former producer’s room.

Guerin said that Simpson did not inform the members of “Massholes with Mics,” about the situation over the summer.

According to Sophomore Jordan Leandre, a co-host on “Massholes with Mics,” it took Simpson about a week after the start of school to talk to the students about the new office. Leandre reported that “Massholes with Mics” had already recorded two shows by then.

The four members of “Massholes with Mics” said they experienced major difficulties with their audio due to the missing equipment. The hosts have difficulty playing the show’s intro, which the students independently spent $200 to make.

“What we’ve been doing the last week is taking one of the microphones and putting it directly onto our laptop, it sounds like it’s going through a wind tunnel—it was really bad,” Leandre said.

Another co-host of “Massholes with Mics,” Sophomore Jaclyn Galvin, said losing the office phone impacted the professionalism of the radio show.

“I feel like it almost takes away the legitimacy of our radio show without having people able to call in because, on stereotypical sports radio shows, you have callers calling in to discuss their opinions or comment on what you said,” she said.

Ex-NFL football player Mike Devito used to call in during the “Massholes with Mics” Sunday special to speak with Galvin but now can no longer participate.

None of the radio show hosts know what happened to the missing equipment.

“There are elements to our show that I thought made us sound really good, sound really professional, and made us successful, that have been taken away on short notice and abruptly without explanation,” Ribeiro said.