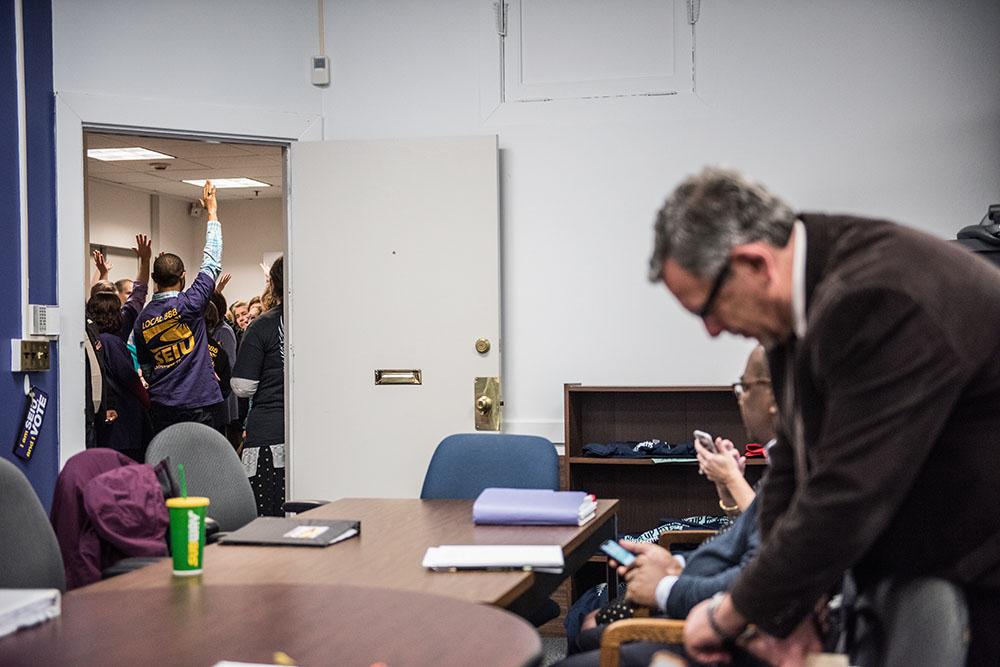 The college retained a new law firm for outside counsel this summer, according to college officials.

A Chicago-based nonprofit magazine, In These Times, cited a report calling Jackson Lewis “the number one union-buster in America.” As of 2013, Northeastern University also retains Jackson Lewis.

The hire comes months after ratifying a collective bargaining agreement that gave staff union members higher wages and a slew of new benefits.

“I don’t know yet exactly what it’s going to mean for us,” Hogan said. “It’s a little scary to think of what could be coming down the pipeline, but we like to think that it won’t affect our relationship [with the college].”

Hogan said the union found out about the hire through an email exchange in August.

A union member sent an email to the college’s general counsel, Christine Hughes, and former lawyer from law firm Morgan, Brown & Joy about a grievance, Hogan said. The college responded to the union member asking them to copy a new lawyer from Jackson Lewis instead.

“There was no other notification or anything,” Hogan said.

“We base our decisions on hiring outside law firms who represent or advise the college on our needs and the attorneys’ expertise in particular areas,” Hughes wrote in a statement to the Beacon. “Jackson Lewis is a national law firm with tremendous depth and breadth in employment and labor law.”

Aaron Foster, a sophomore and founding member of Young Democratic Socialists of Emerson, participated in the Picture Yourself Working at Emerson demonstration last February. Union members organized the display to raise awareness of the issues they face while prospective students visited the college for Picture Yourself at Emerson Day.

He said he wants to make students aware of the latest development between the college and the union.

“[Emerson] is a campus where there are a lot of struggles happening,” Foster said. “It’s not some progressive liberal haven … it’s not the woke school.”

Hogan said the union and the college ratified the agreement based on the understanding that the two shared common values.

“That’s always been our goal, is helping Emerson live up to all of the ideals that they say they’re gonna live up to,” Hogan said. “When they say that to our faces and then they turn around and hire a law firm that specializes in kind of breaking apart that kind of stuff, it’s really hard for us to take them at their word.”