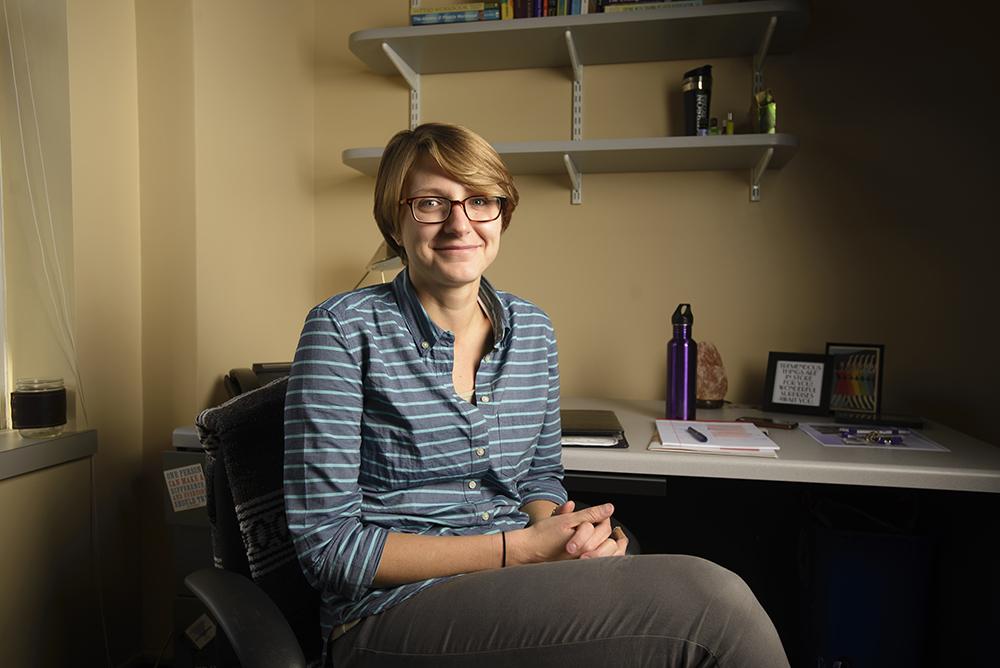 Emerson has hired a survivor advocate as a resource for victims of sexual and dating violence, according to Melanie Matson, director of violence prevention and response/sexual assault response advocate. Greta Spoering, the Violence Prevention and Response center’s new hire, specializes in assisting those who have experienced interpersonal violence.

Spoering’s duties as a survivor advocate started on Tuesday, Oct. 14, and include ensuring the Violence Prevention and Response center is approachable, creating new ways to reach survivors, and equipping first responders with the tools to properly respond to trauma, Matson said.

Spoering said in an interview her past experiences with student survivors was what lead her to come to Emerson.

“[It] was some of the most meaningful work I’ve done,” Spoering said.

According to Emerson’s website, Spoering is a licensed clinical social worker and has volunteered with the Saratoga Domestic Violence/Rape Crisis Center. She was also a counselor and advocate for the Violence Recovery Program at Fenway Health in Boston, where she worked with LGBTQ community members.

Spoering co-led a program at Skidmore College, designing programs to raise awareness about violence and collaborating with a multidisciplinary team to adjust campus policies and procedures to be more survivor-oriented, according to Emerson’s website. Spoering specializes in partner abuse, sexual assault, hate crimes, and police misconduct.

“[Spoering’s] role focuses specifically on individual survivors and meeting their needs and requests,” Matson said. “She was strongly recommended by the search committee and participants in the interview process.”

Spoering said that her past experiences as a counselor and advocate at the Violence Recovery Program at Fenway Health have prepared her for her new role.

“I worked with folks of all different ages and genders, with hate crimes and power-based interpersonal violence,” Spoering said. “From helping folks get through civil cases to helping folks feel comfortable in their own skin again.”

A meet-and-greet  for Spoering was held on the 10th floor of the Walker Building on Oct. 14. Eleven staff members of various departments welcomed Spoering to her first day at Emerson over coffee and breakfast pastries, including Matson and Emerson Police Chief Robert Smith.

Hannah Perrin, a junior journalism major and residential assistant, said she thinks students will take advantage of having a survivor advocate.

“I think just having someone to talk to that knows what you’re going through is exactly what students need.” Perrin said. “I really hope students use [the center] as a resource.”

Spoering said she hopes students will recognize her as an available resource and ally in coping with sexual violence.

“There’s already a lot of movement on campus,” Spoering said, “and I’m really looking forward to joining that.”