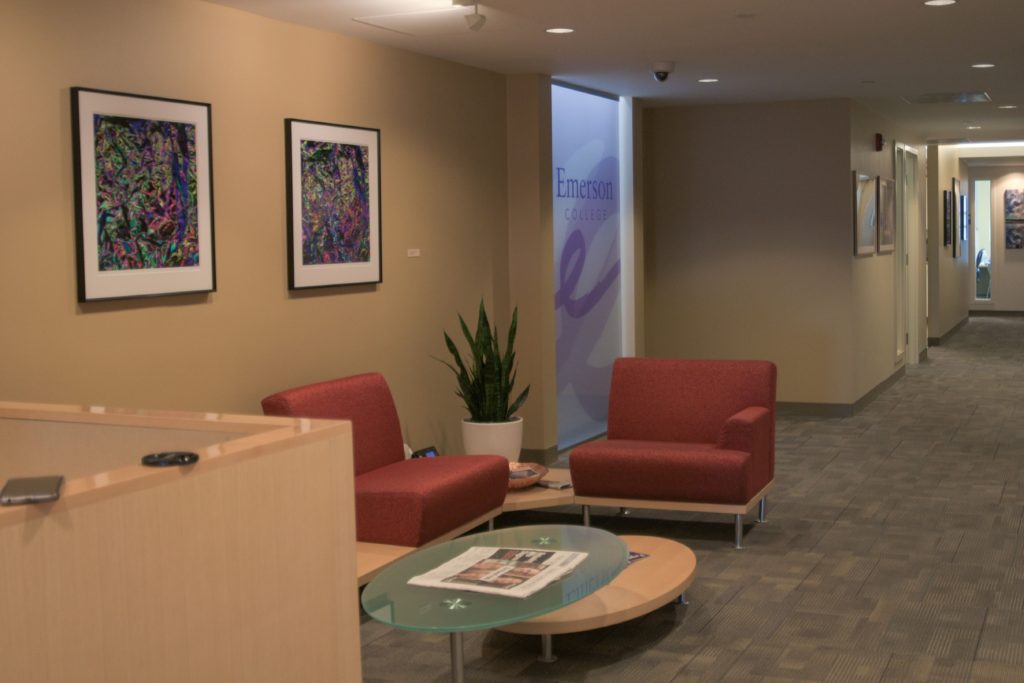 Eight director-level positions remain vacant at the college. The longest vacancy—the deputy Title IX coordinator—has been vacant for more than a year.

A majority of college officials interviewed by the Beacon said the director-level vacancies do not have an effect on their respective departments, and no college-wide effect is evident due to the eight vacancies.

The college plans to take a three-prong approach to fill the vice president of administration and finance vacancy—hire a search firm, create a search committee, and hire an interim vice president.

The college chose Storbeck Pimentel & Associates as the search firm, according to a Feb. 1 email to the student body from President M. Lee Pelton. Philip Shapiro started serving as the interim vice president for administration and finance on Feb. 4.

Vice President for Diversity and Inclusion Sylvia Spears said in an email to the Beacon on Jan. 22 that the college’s search committee held its first interview with an applicant and continues to review applications as they come in.

In an interview with the Beacon, Spears said the lack of a deputy Title IX coordinator has not interfered with the speed of investigations.

“This is the prime time to do it in our field—this is the cycle that works for us.” Ching-Bush said. “There are a lot of searches going on across many campuses—all of our national conferences are happening. People are looking for jobs right now.”

Ching-Bush said she hopes to hire a new director by May.

“It’s a long process for us—we do many different things throughout our hiring process,” Ching-Bush said. “We hope to have someone by the end of the semester so that they can start in June.”

Former Associate Director of Housing Operations Seth Hodge left the college at the end of the fall 2018 semester. The department did not pursue efforts to hire a new director—instead they plan to hire a graduate student.

“We may not have somebody for this semester, but we may have someone this summer and there on out,” Ching-Bush said. “It all depends on when we find an adequate candidate.”

Director of Business Services Karen Dickinson said the search for a new campus sustainability manager is open and active. She said in an interview she does not see any impact on the college due to the vacancy.

“Everyone in campus services—Facilities and Business Services—we are all working together to try and fill in the gaps,” Dickinson said.

“We have people that can do the nuts and bolts of it—energy management and waste management—but we aren’t getting the students engaged,” Pollock said.

Last year there were eight Eco-Reps, and the plan this year was to decrease that number to three, but the three students either left to study abroad or left for another job, Pollock said. Members of Facilities Management are running the Emerson Food Cam, which the Eco-Reps used to operate.

“The Office of Sustainability was in charge of Eco-Reps, and they are not around anymore,” Gironda said. “They are so important because they are students leading the discussion about Emerson being sustainable and eco-friendly.”

Pollock said the college sent an offer to a sustainability manager candidate from the West Coast before the new year.

“He accepted and then two weeks later said, ‘Never mind.’ We had the position filled, and the application closed,” Pollock said.

Pollock said he opened the application for a second time.

“We have some good candidates that we are interviewing now,” Pollock said. “We hope to have the position filled relatively quickly.”

The college is also looking for a director of dining services, which Pollock said is a new position. The new position is funded by money that used to pay the salary for a property management position that no longer exists in Facilities and Campus Services.

“We need somebody that is directly from the food industry, preferably with higher education background, to oversee [Bon Appetit] from Emerson’s standpoint,” Pollock said. “We felt that was a gap in the management of the contract.”

Pollock said a local candidate accepted the job offer before 2019 but also declined a few weeks later. The application is now open for a second time, and Pollock said he and Associate Dean for Campus Life Erik Muurisepp are reviewing candidates’ resumes.

Director of Academic Engagement Suzanne Hinton left the college, according to a Social Justice Center community update email on Jan. 30. The email did not state when Hinton resigned.

Spears said Hinton most likely will not pursue a career at another college.

“She simply decided one day that she had done what she could in her various roles—she tried to work really hard when she was here, and she did,” Spears said. “She has many talents. She is a musician, she’s an artist. My hope is that she is able to have more time to spend doing the things that bring her joy.”

The search for a new director of academic engagement will not begin until after the spring 2019 semester because the college recently named a new executive director of the Elma Lewis Center for Civic Engagement, Learning, and Research.

“As soon as the new executive director is situated—when she has enough background information to know what she thinks the Elma Lewis Center needs in that role—the search will start. The position might be tweaked—it might change a little bit depending of the strategic direction of the Elma Lewis Center,” Spears said.

Executive Director of the Elma Lewis Center for Civic Engagement, Learning, and Research Tamera Marko  will start working full-time after commencement in May since she is a faculty member.

The college posted an application for the director of alumni relations and engagement. The position connects alumni with the college in preparation for an alumni engagement campaign, according to the application. The department could not be reached for comment to provide further clarification.

An application for a director of project management position also remains posted online. The director would serve on the Information Technology leadership team. The department could not be reached for comment to provide further clarification.