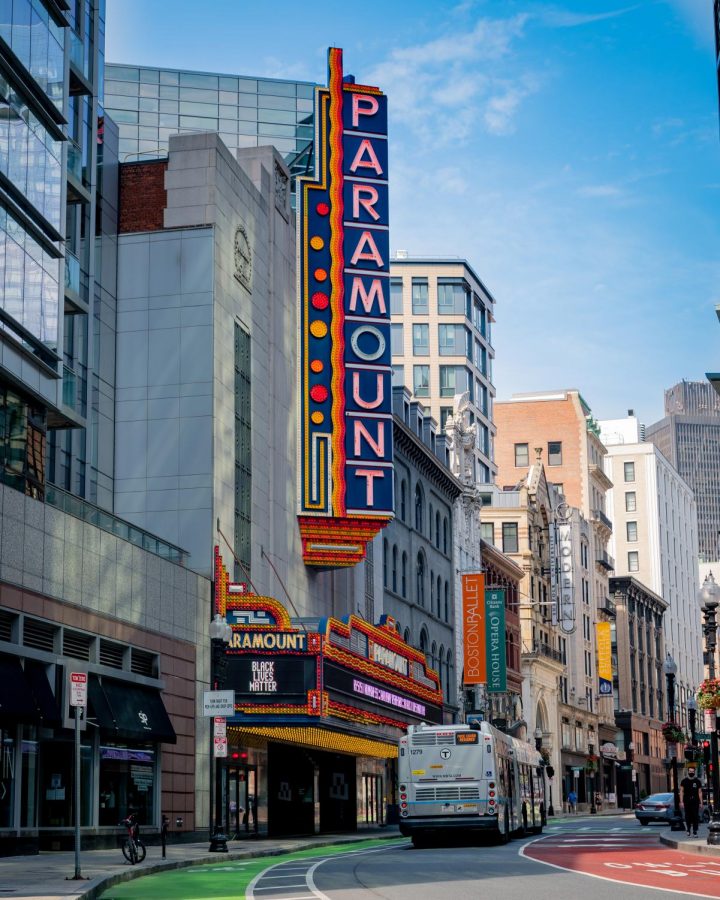 The exterior of Paramount Theater on Washington Street.

Emerson tied for the eighth spot in this year’s Best Regional Universities list, released annually by U.S. News & World Report—the sixth year in a row the college has cracked the list.

The 2022 rankings were released on Sept. 14th and placed Emerson in a tie with St. Joseph’s University in Philadelphia. The college rose to eighth after tying for ninth place in the 2021 rankings. Emerson shot up to third in the report’s ranking of the Most Innovative Schools (North), after placing sixth in that category a year ago. Also finishing third were Fairfield University, Merrimack College, and Providence College.

“I am extremely proud and gratified that U.S. News has once again recognized Emerson’s hard work and achievement in creating an exceptional and innovative education in the arts, communication, and liberal arts,” Interim President Bill Gilligan said in a statement to Emerson Today.

U.S. News defines “regional universities” as those smaller institutions with “a full range of undergraduate programs,” as well as limited masters and doctoral programs. The rankings come from academic data collected via U.S. News and World Report surveys, as well as “reliable” third parties. Student outcomes—which include graduation rate, retention rate, and social mobility—are the highest weighted category for the rankings. The rest of the determining factors are faculty resources, expert opinion, financial resources, student excellence, and alumni giving.

Emerson also ranked 11th in Undergraduate Teaching (North). Like the innovative schools ranking, this recognition is also based on surveys of top administrators at peer institutions.