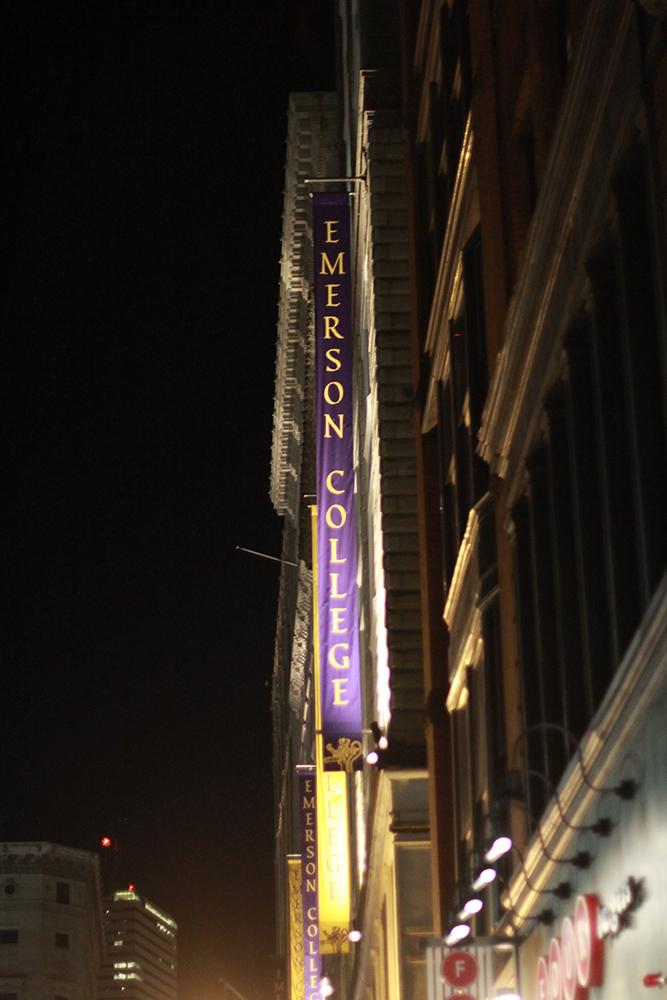 College administrators are in the process of selecting a market research firm to determine if the Emerson brand should be revised, a project that could lead to a rewriting and redesigning of all the college’s print and online marketing materials, according to Andrew Tiedemann, vice president for communications and marketing.

The branding initiative would evaluate, for example, if Emerson’s tagline, “Bringing innovation to communication and the arts,” is conveying the right message, and whether the college needs to tweak its logo — the Emerson “E” — to create a new graphic identity, said Tiedemann.

“We’re pretty sure we are on target, but you are always surprised when you go out and do comprehensive research,” said Tiedemann, who said he is working on the project with 14 other senior administrators and Donald Hurwitz, interim chair of the marketing communication department.

Hurwitz said that he volunteered his knowledge of working for 25 years in branding projects to advise the administrative committee.

“The pursuit is to visit the branding,” said Hurwitz. “It’s a matter of taking a look at who we have been, who we are now, and where we think we want to go, based on the fact that we have a new administration and that various internal offices are getting organized to pursue [President M. Lee Pelton’s] strategic plan.”

Sage Paquette-Cohen, a senior communication sciences and disorders major, said she came to Emerson because it’s a small school, but in her time here has noticed changes that she said are not consistent with the college’s identity.

“It’s been hard to develop student-teacher relationships because my classes have gone from being 20 students to 40,” she said.

According to Tiedemann, the college hasn’t done a comprehensive market research study since 2004.

Hurwitz says it’s important for an entity to review its brand identity, which he said should communicate what the institution is and what it aspires to be.

“Every now and then you take a general check of whether the world views you the way you are trying to get it to view you and — given the things that we are doing — how it should be viewing you,” said Hurwitz.

Michelle Lavner, a freshman journalism major, said she chose Emerson because of the good reputation of the alumni network.

”I’m from LA, and if you mention you are from Emerson, people really respect you for it,” she said.

This summer, Tiedemann said he, Knoll-Finn, and Jeffrey Schoenherr, vice president for development and alumni relations, met with Pelton and began planning the branding project.

The group of administrators have narrowed down the search for a consulting firm from 12 initial candidates to two prospective companies, said Tiedemann, but he declined to disclose the names of these firms.

Tiedemann also declined to comment on the budget the committee has for this consulting project.

Altogether, the six subsections are covered by the three offices headed by Tiedemann, Knoll-Finn, and Shoenherr.

The rebranding project would be divided in two yearlong phases, according to Tiedemann.

During the first phase of the research, the chosen marketing firm will conduct surveys to understand what distinguishes Emerson from other academic communities and determine the perceptions different audiences have about Emerson, said Tiedemann.

In the second phase, the school will use those findings to determine if  its marketing materials and the website’s content needs revision.

When Tiedemann arrived in April 2009, Emerson was preparing a redesigned website, which launched in May 2010. Before the website launched, Emerson conducted a series of quick focus groups with current students, parents, and alumni with the help of a consultant to gauge the ways these audiences talk about the school, according to Tiedemann.

From the data gathered in those focus groups, the website was redesigned and seven core attributes shared by students, alumni, and faculty were identified, said Tiedemann.

Tiedemann said these attributes would be used in the rebranding project.

“If we go ahead with this project, the earliest we would have a new website would be summer of 2015,” said Tiedemann.

He expects for the marketing firm to be selected by the end of December.