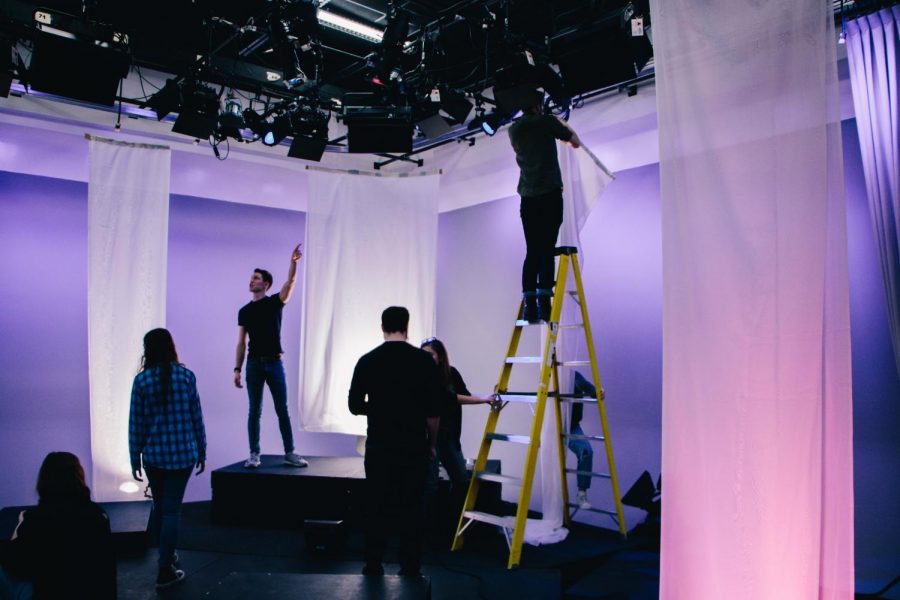 College officials temporarily rolled back a decision Tuesday that would have prevented first-year students from earning non-tuition credits for their participation in select student organizations.

Student organization leaders say the policy was introduced at the start of the semester without their knowledge. Administrators swiftly reversed the decision after Women in Motion Marketing Director Emily Cerutti launched a Change.org petition intended to lobby the college into lifting the rule. The petition had garnered 86 signatures in the five days before it was closed.

Cerutti launched the petition after learning of the policy from a first-year student in Women in Motion’s first general meeting on Sept. 11.

“No organization leaders or clubs were ever told of this decision that was made before school started, so I was not aware of it until Friday,” she said.

The college initially decided to prohibit first-year students from earning non-tuition credits as part of an overhaul of the co-curricular program that has been in the works for several years, Dean of the School of the Arts Robert Sabal, who oversees the co-curricular process, said.

Cerutti, a second-year student, said she joined student organizations in an effort to meet fellow students, but the non-tuition credit serves as a badge of recognition for students’ work in the organization.

“Gaining that non-tuition credit is sort of like a little gold star,” she said. “You did your part, you came to these clubs, and you get something on your actual transcript saying that you showed up and were dedicated to something.”

Sabal said the college plans to once again prohibit first-year students from gaining non-tuition credits in Fall 2021 when the pandemic has presumably subsided.

The decision to reverse the policy was announced in an email to student organization leaders from Director of Student Engagement and Leadership Jason Meier Tuesday, following the launch of Cerutti’s petition four days before. Cerutti credited student organizations who directly reached out to administrators for the change.

“While this effort was done to better align with academics and does not impact who can be in your organization, we realize it’s having an unintended consequence to engaging with students this year,” Meier wrote in the email.

The college, Sabal said, wanted to encourage first-year students to explore different organizations before making the commitment to register for the academic course attached to the organization.

“What we learned from doing this work is that there are many freshman students who are engaged in multiple student organizations their first-year as a way of exploring particular areas they are interested in and looking for a home in a particular area,” he said. “First-year students should absolutely have an opportunity to get involved in any student organization that they’d like to be involved in.”

Sabal said the college wanted to make a clear distinction between co-curricular courses and extracurricular activities because not all student organizations offer a non-tuition credit for participation.

The changes were part of a planned overhaul of the co-curricular program, intended to alter the co-curricular experience to better resemble 300-level courses, which first-year students can not traditionally enroll in. Sabal said the college plans to have organization advisors craft a syllabus for their co-curricular as well as consider “student learning outcomes” in designing the course.

Cerutti said she believes that revoking the non-tuition credits for first-year students creates an unfair standard.

“It makes them seem as if they’re not dedicated members to a club, as if they don’t get recognition for their work or their time commitment to these organizations,” she said. “I just don’t think it’s fair to tell a freshman they can’t get non-tuition credit because it’s a 300-level course… it’s basically like taking a 300-level course over four semesters.”

Emerson Independent Video Unit Manager Thomas McCorkle, who oversees EIV’s non-tuition credit process, said he was disappointed in the college’s decision. Students who join EIV can do as much or as little work as they want to, regardless of their class standing, he said.

“It doesn’t exactly matter which grade you’re in that determines how much work you have to do for a non-tuition credit,” he said. “I know some people who are freshmen that are executive producers of shows, and I know maybe like juniors or seniors who could be PAs, grips, or lighting designers. Yet still they’re both able to receive non-tuition credit if they fill out the requirements.

McCorkle echoed Cerutti in saying that he did not receive advance notice from the college about the new policy.

“We checked back through our emails, we tried to make sure that we hadn’t missed anything, and I don’t think we did,” he said. “That being said, it was when people started trying to register for the credit online that I started getting emails about it.”

McCorkle said he doesn’t see a benefit in removing the non-tuition credit from first-year students.

“I don’t exactly see how removing non-tuition credit would be an advantageous decision because it’s definitely something that can limit people’s engagement on campus,” he said. “Especially for EIV, we gauge our workshops to be more focused on freshmen because freshmen will sometimes come into the school and we have no idea what skills they’ve learned and what skills they haven’t.”

First-year student Harrison Bates told The Beacon that the prospect of earning college credit for his participation in activities was an additional incentive for him to join.

“When I found out about this, I was excited because if I can do what I really like to do… and actually get some academic credit, that’s an awesome thing,” he said.

“I know that if I was putting in time to work on videos in clubs or write articles that [weren’t] part of my schoolwork and not get credit for it… if other people were and I wasn’t, it would be frustrating,” she said.