College to spend over $1 million on sidewalk expansion 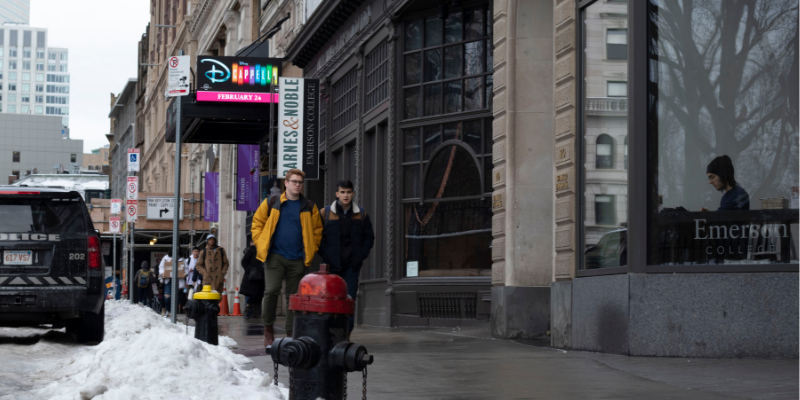 The college plans to spend more than $1 million to expand the sidewalk in front of its Boylston Street buildings, according to a college official.

Mombourquette expects construction on parts of the Boylston Street sidewalk to begin in early spring.

“We need to work out… [how] to keep a portion of the sidewalk open at all times with safe passage into the buildings along Boylston Street,” he said.

The college plans to expand the sidewalk from the Little Building to the M. Steinert and Sons building. The expansion will eliminate the parking lane on Boylston Street and add benches, planters, signage, and a crosswalk from the Boylston Place alley to the Boston Common.

The expansion should make the sidewalk feel more like the college’s campus, Vice President and Dean of Campus Life James Hoppe said at a Student Government Association meeting last semester.

“It’ll be more like a campus promenade,” Hoppe said at the SGA meeting.

“The sidewalk right now is in disrepair,” Mandt said. “If you’ve ever pushed a laundry cart around during move in, or traveled with equipment, it is hard and frankly dangerous at points.”