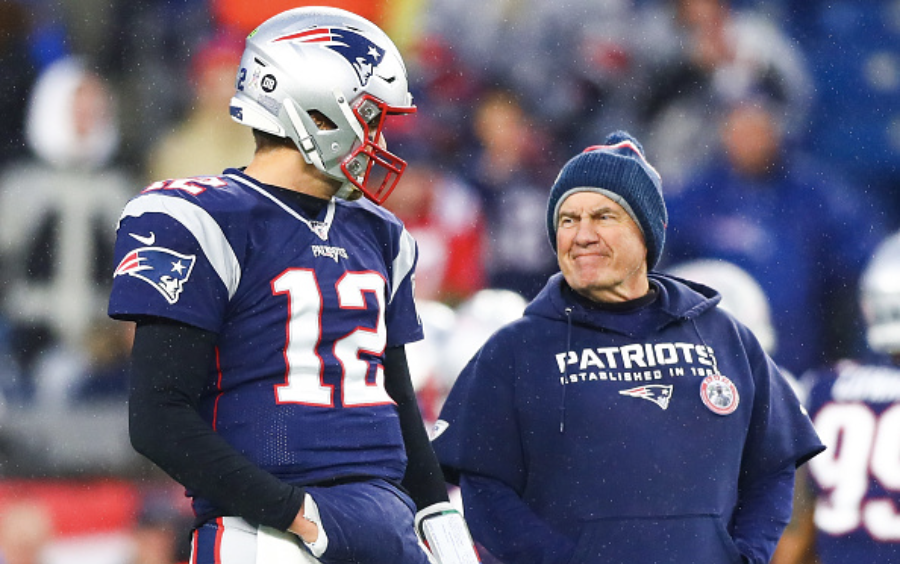 History has given us a lot to debate about. Is a hot dog a sandwich? Is it car-mel or care-a-mel? Did Dez Bryant actually catch the ball against the Green Bay Packers in the 2014 NFC Divisional Playoffs?

For the last 20 years, Patriots fans have specifically debated about one big topic: did Tom Brady or Bill Belichick have the greatest impact on New England’s success? Is it the meticulous head coach whose schemes have constantly frustrated opponents, or is it the pliable quarterback who has told father time to shut up time and again?

In my mind, Brady is winning the close battle right now.

Though TB12 is no longer a New England Patriot, his recent play for the Tampa Bay Buccaneers speaks volumes. This season, the 43-year-old quarterback ranks in the top 10 in both passing yards and touchdowns, was just named NFC Offensive Player of the Month, is being considered for the NFL MVP, and has led the Bucs to a 5-2 record.

Sure, the counterargument to that would be, “Well, Brady has better receivers in Tampa right now than he would if he stayed in New England.” That’s a valid point—Tampa’s offense includes Pro Bowl receivers Mike Evans and Chris Godwin, arguably the greatest tight end in NFL history and former Patriot, Rob Gronkowski, and the recently-acquired four-time All-Pro receiver, Antonio Brown.

The quarterback’s main job is getting the football to the receiver, and Brady is still more than capable of doing that. This season, he’s making it look pretty, too, with highlight-reel touchdowns like the one he threw to receiver Scotty Miller against the Las Vegas Raiders.

While Brady is thriving down in the Sunshine State, Belichick and the Patriots aren’t doing too hot up in New England. The Patriots are struggling offensively, ranking 27th in total offense and 29th in points-per-game with a current 2-4 record. Whether it’s still taking time to adjust to a guy not named Brady under center or the lack of depth in the receiver depth chart, it’s been a challenging year for Belichick and New England.

The case for the Patriots, however, was similar last season even with Brady. Besides receiver Julian Edelman and running back James White, no other New England offensive player topped 30-plus catches. But, even with that frustration on offense boiling over to this season, too, it feels unlikely in my mind that New England would be 2-4 right now if Brady was still a Patriot.

It’s important to note, though, that this isn’t Belichick’s first season without Brady. When Brady went down in Week One of the 2008 season and missed the rest of that season with a torn ACL, New England went 11-5 and just missed the playoffs. Additionally, when Brady was suspended for the first four games of the 2016 season, Belichick’s Patriots went 3-1 with two quarterbacks playing in Brady’s absence.

The flip side of that is Belichick arguably had much better offensive players lining up with the quarterback during those two seasons. Belichick could rely on guys like Randy Moss, Wes Welker, and Ben Watson in 2008 and Edelman, Gronkowski, White, and Danny Amendola in 2016 to keep the offense steady.

But again, Belichick doesn’t have those caliber players right now, along with the simple fact that Brady isn’t walking through that door to come back anymore.

Brady and Belichick are always going to be linked to one another because of everything they achieved together—six Super Bowl titles, nine AFC Championship titles, and 17 AFC East division titles. However, the debate between who had more to do with that success rages on, and the argument that Brady had the greatest impact is getting stronger by the day.