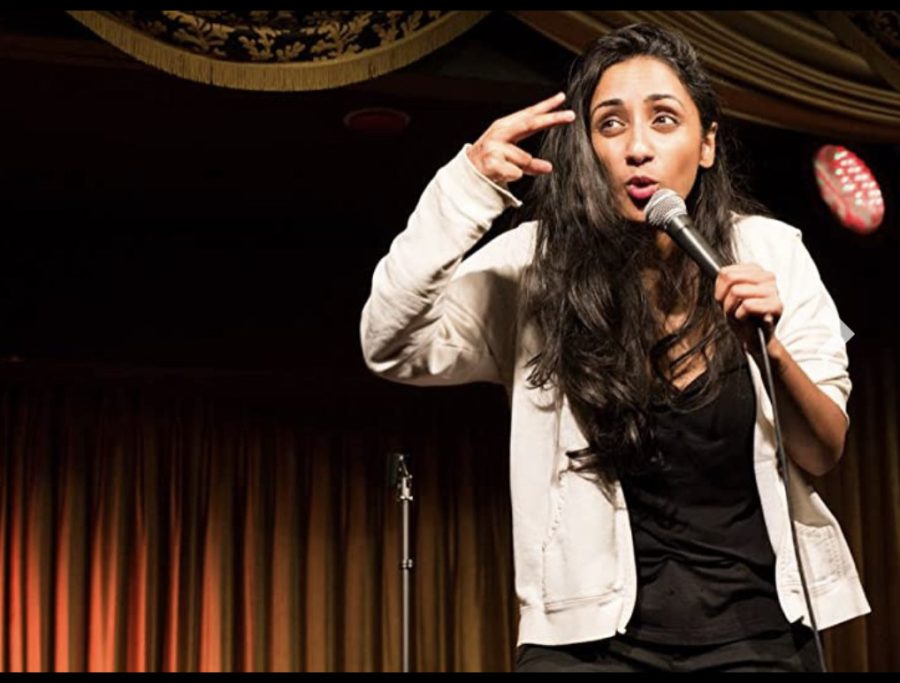 Like many industries in the US, the comedic arts are dominated by white males, making it especially noteworthy and necessary when women of color take the stage.

Kiran Deol is headlining a show on Oct. 27 at 7:30 p.m. at Laugh Boston. She will be accompanied by fellow stand up comedians Jaime Lee Simmons and Pallavi Gunalan. Deol and Gunalan are some of the few South Asian comedians in the industry, making this show all the more significant as it gives women of color representation in an industry dominated by white men.

“It’s a lot of white men who dominate the industry, and then from there men of color and then white women and then women of color,” Simmons said. “It’s just like the racial differences in the country. As a group of women, we all need to stick together.”

Gunalan saw a life in comedy as unattainable; it was never even a thought that crossed her mind. However, her passion for comedy motivated her to transition from a life in the biotech industry to comedic arts.

“I never actually thought that you could actually do comedy as a career, I didn’t realize that it was accessible for people like me and that’s partially because the only people we had were like Russell Peters,” Gunalan said. “I was like I need to have this life, I need to be around these people, it’s just a different type of joy.”

It is often the case, for women of color, that even the idea of being in the entertainment industry is foreign, let alone comedic arts. Mindy Kaling was the first South Asian woman to get a lead in a television show, “The Mindy Project,” which set the precedent for change.

“When I started, the landscape felt different, and now it definitely feels like there are so many more possibilities,” Deol said. “There’s never been a better moment in time, in history, to be a POC woman, because there’s at least an interest in hearing different points of view. I try to keep the focus on that as opposed to in 2014 [when] Ashton Kutcher was doing brown face in commercials.”

Women of color have a unique asset when it comes to comedy—personal experiences. What frustrates them, they turn into a joke. Issues that need to be addressed are addressed through comedy.

“This show is [about] trying to find your joy and metabolizing that joy in its mature form as an adult through personal stories and things that make you angry or sad or whatever and then making them very funny,” Deol said. “Any performance goal is to get it to a place where it can resonate with its audience.”

Edward Lee, a comedic arts professor at Emerson, said that while the industry has made progress in representing BIPOC on screen, there is still a long way to go.

Lack of representation is shutting down the diverse voices of America, and even worse, people of color are depicted in harsh, racist, and disrespectful ways by the majority of the entertainment industry, Lee said. Violence and hate against Asian Americans stems from stereotypes that have existed for decades.

“It’s really important that our voices are heard and that we are depicted in a way that is fully dimensional and human, and stand up comedy is a great way of doing that,” Lee said. “One of the great things about Kiran’s stand up is that she tells her personal story, that she does not hold back, that she tells it in a way that’s from her perspective. [She turns] stereotypes on their heads and shows her experience as not only a South Asian American but an American.”

Entering an industry where there isn’t representation can be difficult and unnerving. Deol faced obstacles with casting and how shows get booked, but then realized your talent and voice is what will get you places, not entirely your identity.

“You have to find your own voice as a comedian, and what makes you excited, and what makes you be alive as a performer, and then honing and refining that voice,” Deol said. “So there’s a couple of factors [when starting up], like one is your own creative and artistic journey and one is the barrier to entry. If it’s a male dominated industry, [then] making sure that there’s space.”

“The brown experience is not a monolith,” Deol said. “We might both be South Asian women but I’m sure there’s overlap [and] things that are wildly different about our experiences. I’d love to start seeing that for more women of color.”

People of color are getting a foothold in comedic arts because they’re sticking together, according to Lee. Support goes a long way, but it’s important for the community to also believe in their own power.

As more people of color gain traction in the comedy industry, they become examples of success for the POC comedians to come.