ComEx returns in person this weekend 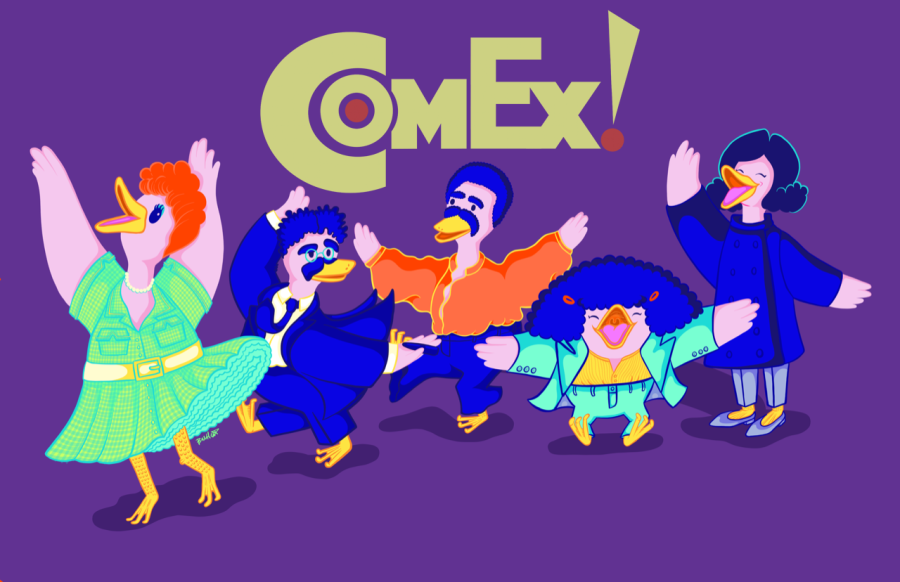 Comedy Extravaganza, also known as ComEx, will be returning for its annual comedy showcase in person this weekend for the first time in two years.

Presented by The Center for Comedic Arts, the student-run festival will last from Saturday, April 23 to Monday, April 25. Junior comedic arts majors Sophie Bellone and Cole Alberti, the lead producers, began planning ComEx at the start of the spring 2022 semester.

“This is a culmination and a celebration of comedy at Emerson, but it’s also being hosted through our class, the ComEx showcase class,” Bellone said. “We’ve been working all semester to sort of produce the [main] showcase, which is called $5 Shrimp.”

“Those are all showcasing the talents of [comedy] classes that have been going on throughout the semester, and this is sort of their final showcase,” Bellone said.

On April 25 at 8 p.m., there will be a live Zoom webinar called “An Appointment with Dr. Ken Jeong: A Comedy Q&A.”

“This group of people is like some of the most talented people that I know at Emerson,” Bellone said. “It’s going to be awesome. We’re going to see something really great.”