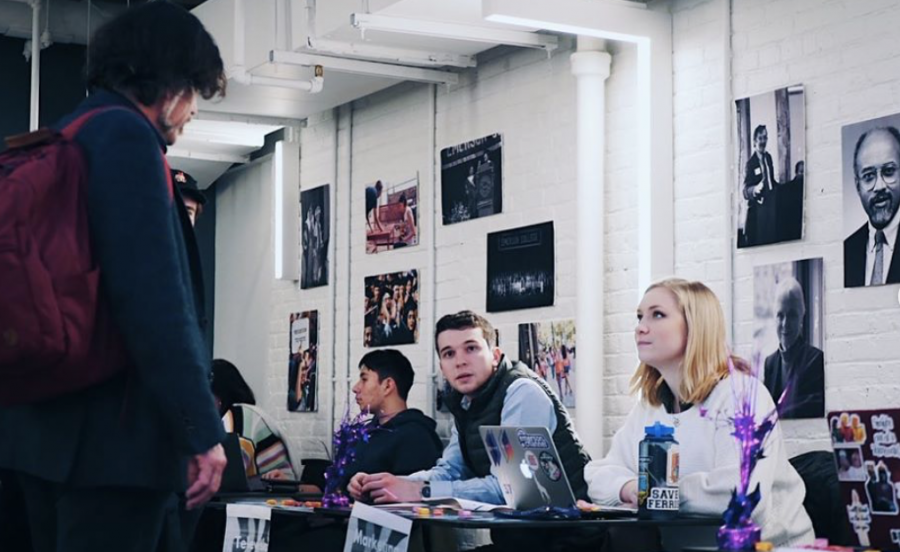 The EVVYs canceled both of their award ceremonies for the first time in the show’s 39-year history due to the public health risk surrounding the COVID-19 pandemic, the organization’s faculty advisor said Monday.

“I haven’t been here all 39 years, but there’s never really been a situation like this in any of our lifetimes, including the EVVY Awards’,” EVVYs Advisor Eric Fox said in a phone interview.

Nominees for the 39th Annual EVVY Awards, the nation’s largest student-run, multi-camera live production, will be announced as planned on April 6. The two shows, the Gala and EVVY Awards show, were slated to take place on April 19 and May 8, respectively.

Liz Bradford, aesthetics executive producer for EVVYs 39, said the decision to cancel the awards was based on student safety, specifically ensuring students would not feel as though they had to stay in Boston despite health risks.

“If someone was, say, stuck here because they were going to the EVVYs, that’s terrible,” she said in a phone interview. “We had to put our students first, even if it means shutting it down.”

Rhegan Graham, logistics executive producer for EVVYs 39, said the decision was especially difficult because of the months of hard work that goes into producing, hosting, and broadcasting the ceremonies. Over 250 students make the yearly programs possible.

“Everyone has been working together for so long, and then knowing that we’re going to have to make the call that pretty much brings a halt to a lot of people’s work, and a lot of people’s dream positions, or something that they’ve been working for all of Emerson, is a really hard decision to make,” Bradford said. “But it’s also one of safety that we had to think about.”

Graham said the organization will not refund the $10 submission costs for the nearly 800 submissions as the cost goes toward the submission platform.

Graham said the team has not decided how to proceed with announcing nominees and winners, but they hope to still incorporate creativity in whatever capacity they can.

“We definitely will still have something, but we’re still brainstorming,” she said.

“There will definitely still be a way that people get recognized that isn’t just a Skype call,” Westra said.

Fox, the advisor, said there was never a question as to whether the awards themselves would be given out, with or without a ceremony.

“When all of these changes started happening, submissions had closed and the judging process had already started, and that’s a process that can be done online no matter who is judging,” he said. “From a business continuity perspective, we still do have awards to give out, and we will still award them.”

Students who signed up to work on the show will still receive a non-tuition credit from the organization, and they are working with Dean of the School of the Arts Rob Sabal to determine “different modalities” to allow students to receive credit, according to a March 13 press release from the EVVY Awards.

Correction: An earlier version of this article mistakenly attributed quotes to Rhegan Graham that were actually spoken by Liz Bradford.