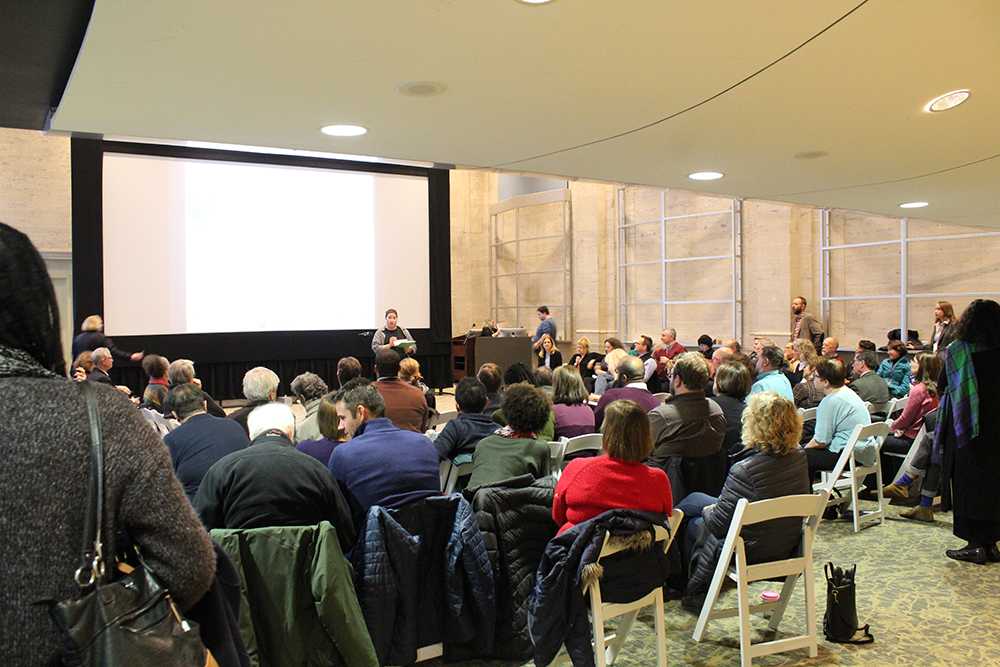 With professional timelines thrown into disarray by the pressures of the pandemic, some Emerson faculty are weighing whether or not to “stop-the-clock” on their paths to tenure.

Due to various roadblocks that have arisen due to COVID-19 restrictions, the Office of Academic Affairs is now allowing faculty to opt in to a one-year extension on their requirements to be considered for tenure, the status of indefinitely-assured employment at Emerson. The option, which effectively pauses the tenure timetable, is open to all eligible “tenure-track” professors—full-time faculty members working towards the job security and the academic freedom associated with tenureship.

The “stop-the-clock” option was made available to tenure-track faculty in the spring after Emerson shut down campus operations, Michaele Whelan, provost and vice president for Academic Affairs, said. Typically, tenure-track faculty are expected to meet several academic criteria, including completion of various creative and professional projects, to be considered for tenure.

“Maybe they were going to be shooting films, but that wasn’t happening, or they had performances scheduled, but the theaters went dark,” Whelan said in an interview. “They had these special research or creative work opportunities lined up, and then those didn’t happen. So we recognize that.”

There are approximately 55 assistant professors who, unlike lecturers, specialists, or adjunct/affiliated faculty, are currently considered tenure-track, Whelan said. Those professors are in various stages of their five-year “probationary periods,” during which they are expected to fulfill their department’s yearly benchmarks for tenure advancement. After their fifth year, they can submit their candidacy for the final review.

“Depending on when they come in, they’ll go up [for tenure],” she said. “We have six faculty going up for tenure and promotion this year, and that has been fairly consistent [over the past few years].”

Whelan said that, as of Nov. 8, only six professors had declared their intentions to “stop-the-clock”—a decision which, once submitted, is irrevocable. Nevertheless, she said she felt that there were no major disadvantages to opting-in, especially compared to the potential disadvantages of not taking the extra time to satisfy the requirements. Faculty members who do not receive tenure status after their probationary period face the possibility of their contracts not being renewed.

“There’s a downside in the salary, which is true,” she said of the delay in eventually reaching tenure. “But if that allows you to build a stronger case [for your own candidacy], the benefit is the job for life. And if you don’t build the stronger case, then you don’t continue at Emerson. That’s a really big consequence.”

Julia Halperin, an assistant professor in the Visual and Media Arts Department, is debating whether or not to pause her tenure requirements until the pandemic subsides. Right now, Halperin is scheduled to have her third-year probationary review in the spring of 2021 before devoting her fourth year to heading the production of a film project. But that objective is now up in the air.

“I can’t even entirely guess what all the implications are,” Halperin said of how her project has been affected by the pandemic. “The film that I will be making is totally different than the film I would have made if COVID hadn’t happened. What I was planning to make was something that, even a year from now, isn’t realistic—nobody’s going to want to do a crowd scene or things where people are in close physical contact.”

Despite her own concerns, Halperin recognized that for some faculty members, it may make more sense to continue with the tenure process as usual.

“They either don’t feel like things will be significantly different a year from now, or they feel like they’re far enough along with whatever they were doing that they can sort of struggle through,” she said. “I would imagine it varies a lot by the kinds of research and creative work that people do.”

Halperin said many professors in the VMA department have been finding ways to adapt their work to the pandemic so they won’t be forced to delay their tenure schedules.

For those professors still undecided, the window for “stopping-the-clock” will remain open until the Jan. 29, 2021 deadline.

While the option remains available for faculty members on track to meet the tenure requirements, the Office of Academic Affairs is considering extending the option to new tenure-track faculty members who will be hired for the Fall 2021 semester.

“Those are the only ones that weren’t offered [the option of stopping the clock],” she said. “So that would be a question to think about.”

Halperin said professors working through the process anticipate the relative job security in their positions—as well as the academic freedom—that is promised by tenure.

“The only kind of stability that exists in academia is lifetime stability,” said Halperin. “[Tenure] provides more input into how your department is run—and more money—but also a guarantee that you can take intellectual risks or creative risks, and you know you’re not going to get punished for it. That’s why the system exists.”

Despite the increased flexibility the option offers, Halperin said she is concerned that it may not be enough to compensate for the rapidly changing landscape of the pandemic.