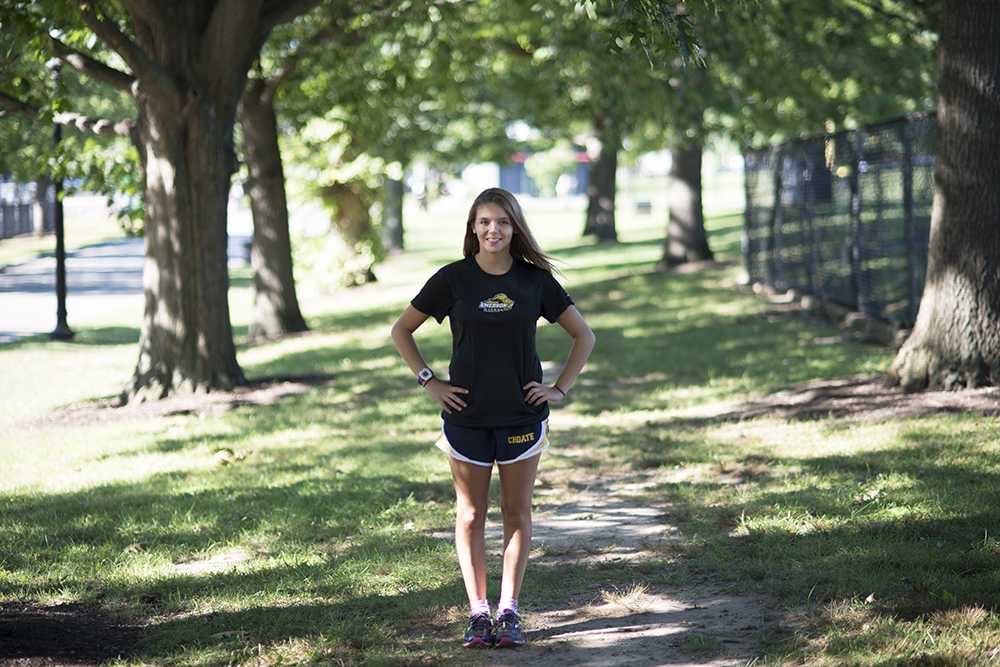 Emerson cross country runner Chelsea Swift has seen it all. She’s experienced the ups and downs of running, the grueling practices, and restricting schedules. But at her first Division III collegiate cross country meet, all of her hard work paid off.

Swift said her experiences as a runner began in middle school, participating on her eighth grade cross country team in New York. She attended Choate Rosemary Hall, a boarding school in Connecticut, where she ran for the team and served as captain during her senior year.

“I feel like they prepared me for any type of workout in college,” Swift said. “Now, workouts are not too easy, and they’re not too hard. It’s actually kind of fun.”

Swift said she had always known that running would become a long-term passion from her experience participating in youth triathlons. Balancing a spot on her high school diving team and a place in the floor routines of her gymnastics meets, Swift was consistently busy with sports. She said, however, her strength of mind has been the main focus.

“Running was a lot physically harder, whereas diving was more mental. Even though running is very physical, I would say half of it, at least for me, is mental, like believing in myself,” Swift said.

Her mental and physical strength have carried her through the beginning of her freshman collegiate season. Head coach John Furey said that Swift helps the team both on and off the course.

“[Swift] is a good kid to have on the team—very high energy and positive,” Furey said. “So, the better she runs is only going to help us, team-wise.”

“She is always giving people high fives. If they had a bad race or the best race of their life, she’s always supportive,” Hubbard, a junior visual and media arts major, said.

Swift’s prior cross country experience has translated into her time at Emerson.

“Running cross country and being captain gave me the opportunity to exercise my leadership skills,” Swift.

“Something that’s really important in a captain is positive attitude, and that’s literally, from day one, what I’ve seen in Chelsea. She’s always congratulating people after they run,” Hubbard said.

Swift has contributed to the team with her personality and her her skill set. Hubbard said Swift has mastered a quality running dynamic.

“She establishes herself at a good place in the pack, but at that time when people go out too fast, she is able to amp up her speed and pass by them,” Hubbard said.

Swift’s leading time overall was a 21:14. With many more meets to come, Swift said she is hopeful for the season, going in with confidence from the success of the first meet. She will continue to strive for her goal of achieving an overall time of 20:00, a 6:45 mile.

“You just have to know that next time, you are going to improve,” Swift said. “We were really good [at the first meet] and I finally felt the way I ran mattered.”

Assistant sports editor Hannah Miller, a member of the cross country team, did not edit this article.