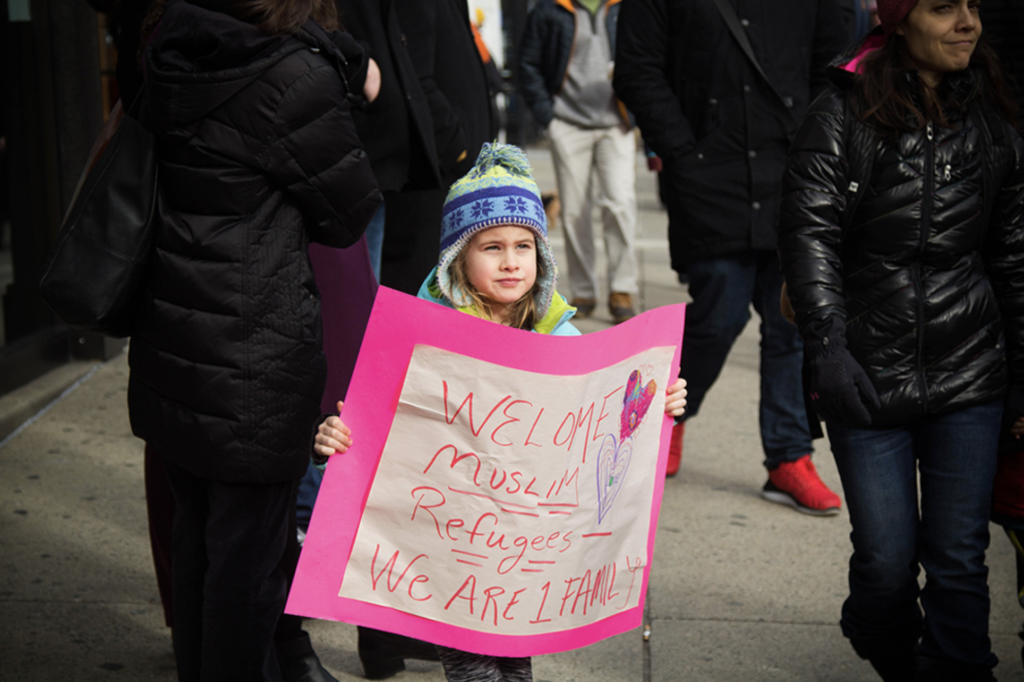 Emerson multicultural organizations rescheduled a retreat Sunday to join a protest for immigration and Muslim rights in Copley Square.

About 25 leaders of multicultural organizations, including Flawless Brown and Emerson’s Black Organization with Natural Interests, had scheduled the retreat to talk about how they can have a positive impact on different cultural communities, Tamia Jordan, director of intercultural affairs, said.

“As a group, we collectively decided that we were going to end the retreat then, [and we] made a new plan for the afternoon,” Jordan said. “We took the supplies that we were going to use for the workshops, and turned them into signs for the protest. I believe wholeheartedly that it was the right decision.”

The students, along with thousands of other people, rallied against President Donald Trump’s executive order banning immigration from seven Muslim-majority countries. According to the Council on American-Islamic Relations, the organizers of the protest, approximately 25,000 attended the protest.

Muslim student Yassmine Hammoudi, a senior visual and media arts major and executive board member of Flawless Brown, said the protest showed a lot of unity.

“I was looking at all my peers, none of which are Muslim, or Arab, or come from the list of banned countries, and all of them wanted to go out and march and fight and rally for Muslims and Islam,” she said. “As long as I could remember, Islam was portrayed so unjustly and everyone had such a wrong idea about it. But finally we had people on our side speaking for us, fighting for us Islam and understanding Islam.”

Jordan planned to lead the workshop, but she said she felt conflicted between her personal responsibility and her desire to be an activist.

“This was my first time having the students together in a space like that,” she said. “I wanted to continue. But at the same time, I had this internal conflict about wanting to go and do something related to activism around the issue.”

Sylvia Spears, vice president for diversity and inclusion, was supposed to speak at the retreat, but she told the students she wanted to participate in the protest in support of Muslims, refugees, and other immigrants. Jordan said Spears led the way in helping her and the students make the decision to go to the protest.

Students outside of these cultural organizations also attended the protest. Hannah Kelly, a freshman writing, literature, and publishing major, said she went because she disagrees with Trump’s new immigration order.

“I think it is completely un-American, what he is saying about immigration and refugees,” Kelly said. “I think that as a giant country with a lot of room, it’s our duty to take on refugees and immigrants, especially if they’re in danger in their home countries.”