Days before election, Wu tells students to get involved 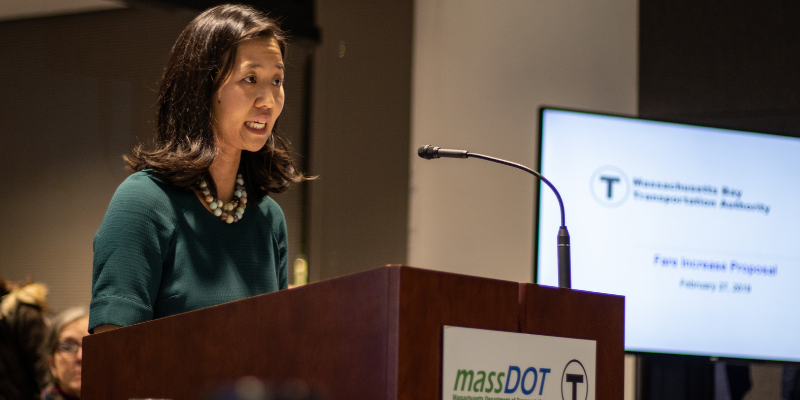 City Councilor at Large Michelle Wu outlined what a Wu mayoralty would look like and urged the younger population to participate in the upcoming Nov. 2 election in a student press conference on Wednesday.

Wu, a progressive, and fellow councilor Annissa Essaibi George, viewed as a moderate, are both running for the city’s top job in Tuesday’s elections. The two are the only remaining candidates of the selection that started running earlier this year. Regardless of the election outcome the city will see its first female mayor of color this fall.

Wu’s platform seeks to build a “resilient, healthy and fair Boston,” by bolstering education, expanding food access and increasing jobs, according to her campaign website. On the contrary, Essaibi George seeks to “prioritize building an economy” and make Boston more affordable for all its residents.

Wu said she intends to collaborate with students and young people to facilitate change in Boston, noting that she worked closely with Youth for Wu to create her campaign policy and “drive change across every single department.”

“From day one of this campaign, we have been partnering with, centering and following the lead of young people who … are pushing for the type of transformational change that Boston could really step into,” she said.

Climate justice forms a crucial part of Wu’s platform. She has long been a vocal supporter of the Green and Blue New Deals, and has articulated several steps the city can take to decarbonize and transition to renewable energy, which will create jobs and further the push for environmental justice in the city.

“I’m really excited to ensure that Boston is a leader when it comes to climate justice and showing the urgency we need to take action,” she said. “We need to electrify everything, clean the sources of electricity … and ensure that racial and economic justice are driving our decision making.”

In addition to climate change, Wu also addressed her commitments to reducing food insecurity and combating homelessness, mental illness and drug addiction—issues given particular importance given the recent clearing of the homeless encampment at the intersection of Massachusetts Avenue and Melnea Cass Boulevard.

“We need leadership and accountability here,” said Wu. “We’ve been turning a blind eye to the depth of the humanitarian crisis at Mass. and Cass.”

She said she plans to hire a cabinet-level chief to focus specifically on the area, adding that her administration will seek to connect the people of Mass and Cass with public health workers, mental health resources and low-threshold supportive housing.

“We need to change our underlying systems so that we are connecting food access with jobs and culturally responsive food access points that can actually empower communities to be more economically stable,” she said.

Wu has repeatedly called for eliminating fares on the MBTA, which she argues is public and, like libraries and parks, should be free. Her campaign website outlines the importance of free public transportation, saying it will limit traffic, connect Boston communities and bolster the city’s economy.

Wu emphasized the importance of student involvement in the upcoming election, calling on young people—who she recognized as a “huge voting block”— to show up to polls and mail in their ballots. She added that this election has potential to affect politics on larger levels, too.

“The city of Boston is in a unique place to really change the conversation on what’s possible across the country,” Wu said. “We need to ensure that we’re setting the tone and leading the way to build momentum for state and federal action as well.”