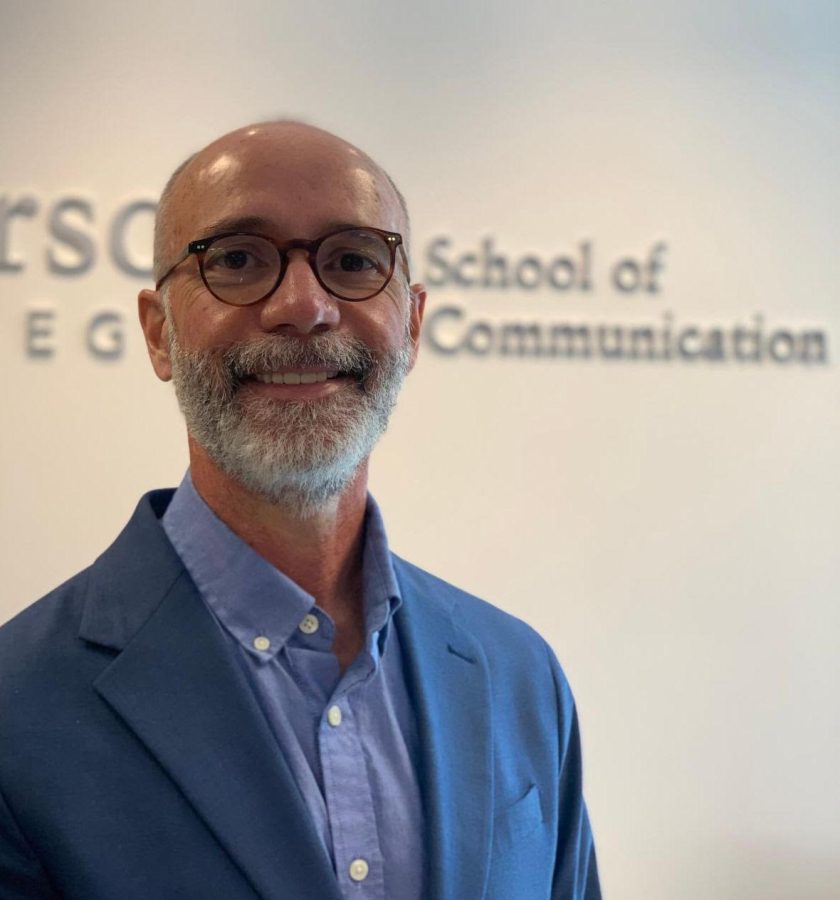 After a six-year tenure at Emerson, School of Communication Dean Raul Reis will depart the college in June, moving on to become dean of the Hussman School of Journalism and Media at the University of North Carolina at Chapel Hill.

“It’s one of those situations where it’s kind of bittersweet,” Reis said in an interview with The Beacon. “Emerson is one of the best jobs that I’ve ever had, but it’s a great opportunity for me in terms of thinking about the future, and my impact in education and society and everything else.”

Reis said the demands of working at UNC-Chapel Hill will be more challenging than Emerson, particularly due to the school’s large population—nearly 20,000, according to U.S. News and World Report, compared to Emerson’s 4,000.

According to a community-wide email from Interim Provost Jan Roberts-Breslin, Reis helped to grow the School of Communication’s enrollment numbers exponentially—increasing from only 27 percent of Emerson’s student body in 2016 to almost 50 percent in 2022.

Despite overseeing a smaller student body, as dean of the School of Communication, Reis oversaw four different departments—Communication Sciences and Disorders, Communication Studies, Journalism and Marketing Communication—and contributed to the creation of 10 new degree programs, including Business of Creative Enterprises and Public Relations.

“I hired 40 new full-time faculty in the past five years,” Reis said. “The new faculty have brought so much to the school in terms of diversity, who they are, and the expertise that they have.”

Brent Smith, chair of the Marketing Communication Department, said the dean has supported the School of Communication’s efforts to be a vibrant, diverse faculty.

“I’m now just in my third year at the college, and I would argue that we’re probably one of the most diverse departments in many respects,” Smith said.

Before taking his position at Emerson, Reis served as dean of the School of Journalism and Mass Communication at Florida International University from 2011 to 2016. He also worked at California State University at Long Beach and at Monterey Bay. Reis completed his doctorate degree at the University of Oregon after working as an assistant editor and reporter at Gazeta Mercantil in São Paulo, Brazil.

“Dean Reis was my first dean in the School of Communication who actually had worked in journalism,” Journalism Department Chair Janet Kolodzy said. “In one sense, he and I had a personal affinity, because we could talk about journalism. He is someone who understands the journalism culture, although it’s been quite a few years since we all worked in the business.”

According to Ruth Grossman, chair of the Communication Sciences and Disorders Department, Reis worked to facilitate cooperation between the school’s different departments.

“It’s been a consistently communicative relationship,” Grossman said. “He’s been very supportive of new programming, new hires and new initiatives that we’ve started in the department.”

Reis recalled the sense of excitement and awe he felt upon first arriving at Emerson in 2016. He moved to Boston from Miami in the summertime, before classes started.

“When I came to visit, I talked to the faculty and I talked to the students, and I said, ‘This is a special place,’” Reis said. “‘This is a place that I would love to be a part of.’ I try to remember that, so that even though I’ve been here for almost six years, I try to bring that sense of excitement every day.”

A third of Reis’ six-year tenure was clouded by the pandemic, but Reis said he focused on making sure students felt a sense of normalcy in the midst of such trying times.

“You can’t really talk about my last six years on this job without talking about the last two years that have been so different,” Reis said. “I think that’s an accomplishment—making sure that we keep our doors open, receiving the students and making sure they have a good experience.”

Looking forward, Kolodzy said that there will probably be an interim dean in the meantime in order to keep the school moving forward and to avoid stagnation. Most likely, the replacement will be someone who currently works in the school of communication, she said.

“I would be somewhat surprised if it’s not someone who’s been well-versed and has been around at Emerson for some time,” Kolodzy said. “We have a lot of people who have been chairs and who understand the demands of the curriculum and of administration in terms of managing finances and programs and working with enrollment.”

College spokesperson Michelle Gaseau wrote in an email statement that in the coming weeks, the college will name an internal interim dean who will help “continue the SOC’s and college’s positive trajectory.”

Moving to North Carolina, Reis reflected on the fact that he will endure milder winters than he did during his time in Boston.

“I’m not going to miss the Boston winters,” Reis said. “Not only because of the cold but the fact that people kind of disappear—everybody goes indoors and you don’t see people when it gets cold and the days are short. I think I belong in warmer weather.”

“I have teased the dean,” Kolodzy said. “[Reis] had the puffiest puffy coats I could possibly imagine. The man grew up in Brazil, he spent most of his time in warmer climates—California, Florida. I’m going to think that he will enjoy missing New England winters.”