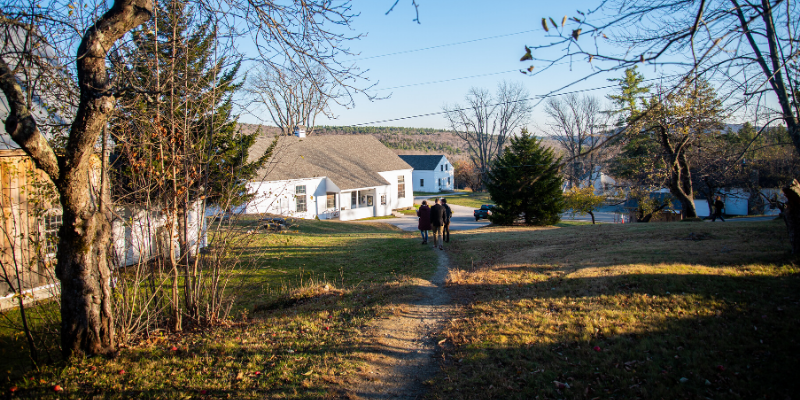 “For Emerson, the gift will permanently fund Emerson’s Institute for Liberal Arts and Interdisciplinary Studies program,” President M. Lee Pelton said when announcing the merger last week. “For Marlboro, their legacy will live on, their students will benefit from enhanced educational programs, and their tenured and tenure-track faculty will continue to teach in an environment that supports intellectual creativity, innovation, and experiential learning.”

Marlboro’s Board of Trustees began seeking a partnership to keep the legacy of the institution alive in early 2019, according to a November statement from the college.

The Emerson-Marlboro alliance stems from declining enrollment and low tuition revenue that created a disastrous effect on the operating budget. Closures among small liberal arts colleges are becoming increasingly normal as the United States faces an aging population. Marlboro marks the fourth college shutdown over the past year in Vermont.

“It has been sobering to watch a number of our neighboring schools make excruciating decisions to close in the face of these insurmountable challenges, something that our accreditors have watched with alarm,” Marlboro President Kevin Quigley wrote in a statement announcing the merger. “The accreditors have shown concern with Marlboro’s own sustainability since 2015, and their oversight has increased dramatically as our neighbors have closed.”

Marlboro students will pay Emerson tuition only if they transfer majors

Marlboro students who transfer to Emerson’s Liberal Arts and Interdisciplinary Studies program will pay the same tuition they paid at Marlboro unless they transfer into another major or decide to study on another campus. Marlboro will transfer their academic programs to Emerson by July 1, 2020.

It is unclear whether Marlboro students will have access to housing on the Boston campus or how much they would pay, what financial aid options will be available, or how credits will transfer. Pelton told The Beacon that the two colleges are working on these issues in various working groups consisting of stakeholders from both institutions.

“Students, including juniors, currently on Plan will be able to complete their work at Emerson with Marlboro faculty and in addition will have access to Emerson’s own faculty and extensive interdisciplinary course offerings,” the Marlboro statement read. “Students who would prefer to continue their studies elsewhere will receive Marlboro’s full support in their transfer process.”

The future of the Marlboro campus is uncertain

Emerson officials remain vague as to the exact fate of the Vermont campus. Pelton indicated that Emerson intends to carry on Marlboro’s legacy, but could not offer a way to do this other than renaming the IDIP program in Boston.

Quigley and students at Marlboro expressed concern over the future of the physical space on top of Potash Hill.

“Finally, we are committed to working with Emerson to discuss the future of the Marlboro campus, including the role of the Marlboro Music Festival, which we hope will continue to provide substantial benefits for the town of Marlboro and southern Vermont more broadly,” Quigley wrote in his statement.

Marlboro community members will not have final say over the merger

Ultimately, Quigley said at a Marlboro Town Meeting Wednesday that the Marlboro Board of Trustees will have the final say on the details of the merger which then must be approved by Emerson’s Board of Trustees.

The Marlboro community will have seven representatives in their version of working groups tasked to hash out details of the acquisition.

Three members from the community will be voted upon by the school in a town meeting—one faculty representative, one student representative, and one staff representative. One person from the alumni council will also be included in the group, as well as a representative from the town of Marlboro. The group will be co-chaired by a current trustee and the vice-chair of the board.

“For our community, transparency and participation are our essential values,” Quigley said in an interview. “So to have a process that helps us address a lot of the questions that come up in this very complex interaction between two institutions, you need a lot of people working on it to have it go as smoothly as possible.”