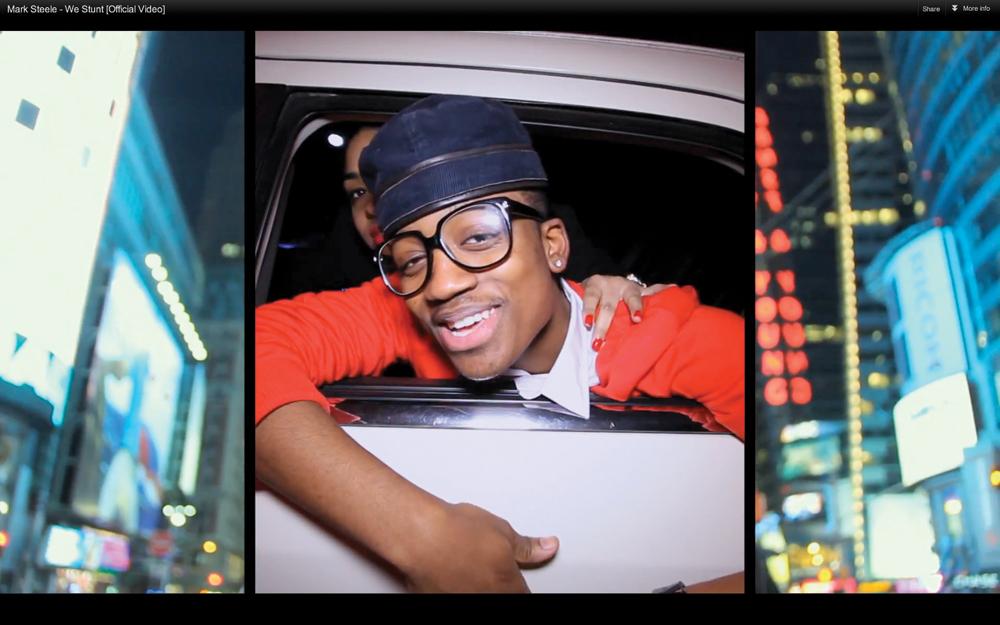 Decriminals, a student-run hip-hop production company, got its start during the summer of 2011, shooting videos of amateur rappers on Boston Common. The company now made significant inroads in to the hip-hop community by working closely with established urban music blogs and up-and-coming artists from both Boston and out of state.

The core of the production company consists of Emerson juniors Ian Steinbach and Will Finnegan, both sound design majors, Evan Mann, a visual and media arts major, Sam Dubin, a marketing major, and Colin Hannon, who is currently taking a semester off.

The group members met while living on the same floor in the Little Building their freshman year. Chris Bennett, a non-Emerson member of Decriminals, is another affiliate of the cannabis-loving group.

“We all have a love for hip-hop,” said Finnegan. “The reason we have such a dedicated network of people we work with is because they know we all care about the music. I guess you could say we’re hip-hop heads.”

Ian and Bennett met on Boston Common, where they bonded over a mutual love for hip-hop. He provided Decriminals with a stepping stone into Boston’s street music community, finding subjects to shoot for the early material of The Common Series.

The Series is a collection of videos that follow the Decriminals as they head out onto the Common, focusing their cameras on newbie artists with a penchant for freestyle rap.

The subjects of the videos were all acquaintances of Bennett, who acted as the street coordinator for the series. He presented the unknown artists with an opportunity to showcase their material on tape. Prior to these videos, none of them received coverage of their work.

Throughout 20 sessions in the series, artists FYL French, T-Batz, and Beatbox improvise and recite original verses over beats produced by the Decriminals, all shot against a Boston Common backdrop.

“The Common Series was very important for us — it was our way of practicing, of just getting out there with our cameras and seeing what we could make happen,” said Mann.

The Decriminals joined forces with The Fresh Heir, a Boston hip-hop blog, to create an online interview series. Tim Larew, who produces material for the blog, covers the entire landscape of hip-hop culture, from beat-maker and producer Teddy Roxpin, to Derrick Cheung, a 2012 Emerson alum who started the Green Street Vault, a retail truck that operates around the city.

The videos quickly gained popularity on YouTube. The Decriminals interview with Maryland-based rapper Logic has attracted the most attention of any of the group’s work, receiving over 40,000 views on the social video site.

Happening on the scene, inside studios, and at concert venues, the videos consist of more than pointing a camera at a subject and recording the conversation.

“Our video interviews for The Fresh Heir have probably gotten us our most credit. I’m comfortable saying we have some of the best interviews in the entire national hip-hop community, video production wise,” said Steinbach.

The group’s name and logo epitomizes the team’s affinity for cannabis, which plays a major role in its visual imagery and mythos. The Decriminals owe much of their start from the openness they have about ganja. Their name and logo make this explicit, alluding to Massachusetts’s legal stance on personal marijuana use.

“When we first got together, we wanted it to be a rap group and we wanted to make a mixtape called ‘I’ll Pay that Ticket’, which basically says how we feel about that, said Mann. “We’re proud to say you can smoke weed and still be a good person and still have a good work ethic.”

While Decriminals conduct photo shoots, cover events live, and make beats, the majority of their professional output comes from music video productions. Working with a wide range of artists, from the soulful rhymes of Charmingly Ghetto to the unapologetically blissed out Cam Meekins, they’ve produced a body of work with an immense variety of visual style.

Meekins’ video “#FuckYoBitch” features artful shots of partygoers taking bong hits in reverse and Meekins riding around with his posse. This is in sharp contrast with the Decriminals’ video for rapper Michael Christmas, which simply presents the artist’s face distorted over a green background.

“Our work has gotten us enough demand that we’ve started charging for our services, so we focus on each project individually now to make sure our clients get their money’s worth,” said Steinbach.

The cost of the group’s services usually begins at a negotiable rate of $500, according to Mann.

Members said they owe their growing reputation to their young age.

“We are all young, which helps us interface with younger artists,” said Steinbach. “We have been told by multiple artists that we are easier and more fun to work with than older production crews.”

But the team can rely on more than its members’ ages; they said they are able to make decisions on the fly. When plans last winter to have a house party video shoot for North Carolina rapper Mark Steele’s song “We Stunt” fell through, the group had to make a sudden change of plans. They immediately traveled to New York City to do the shoot in a limousine instead.

“Mark said, ‘I’ve got a limo, I want to make this happen, can we do it?’ That was one of our hardest shoots, just because we had no idea how the footage would turn out and we only had about two hours to do it,” said Mann.

This year, Decriminals has also been involved in #12for12, a hip-hop movement co-created by blogs The Fresh Heir and The Collab Projekt. They were invited to take part in the project after the success of The Fresh Heir interviews.

The movement brought together 12 local artists who previously had little contact with each other, and helped them appear at events over the summer,  collaborating on one another’s projects. #12for12 artists performed live on WERS’s 88.9@Night program Tuesday and appeared on Boston online radio station Unregular Radio. They have also been featured in The Boston Globe.

“The Decriminals crew have been instrumental in helping #12for12 build the brand we have. They’ve shot all of our original content,” said Gueillermo Antonini, who works with The Collab Projeckt. “Collaborating with them is not difficult at all; you just have to come to the table with your vision and work with them to make it our vision.”