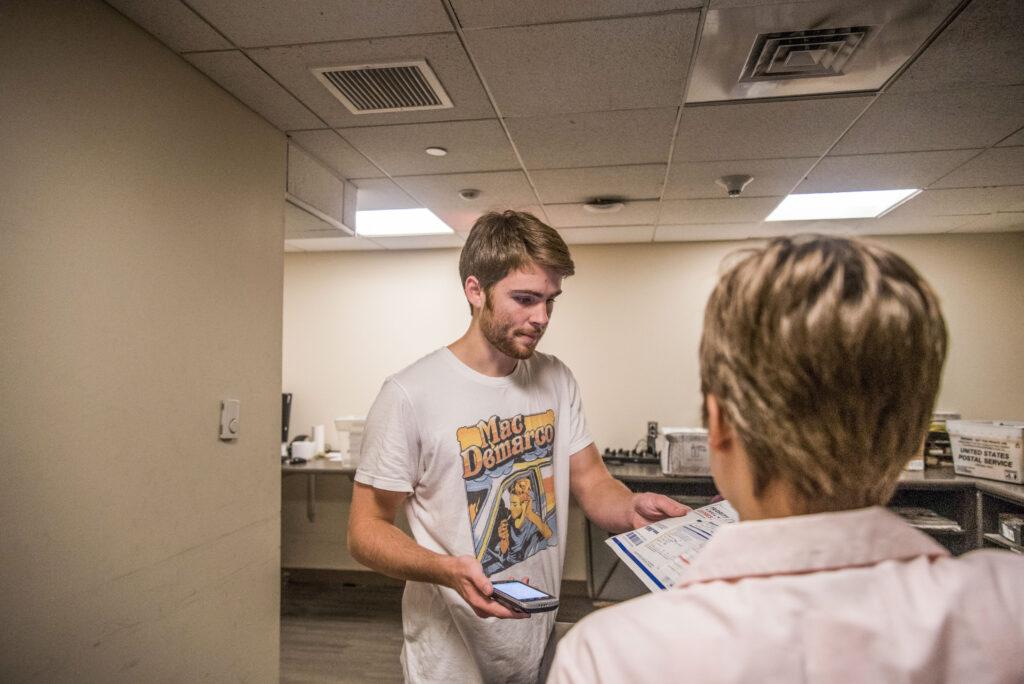 Both students and faculty were affected when the college switched to using Workday software. Lizzie Heintz / Beacon Staff

Faculty members experienced complications transitioning to the new Workday software since its July 1 implementation, leading to overpaid faculty members and issues with reimbursement processes, according to a college official.

Brian Basgen, assistant vice president for Emerson’s IT department, said he plans to meet with the Student Government Association on Nov. 7 to discuss problems related to Workday, which affected student employments as well as faculty.

Many students had to be rehired at their on-campus jobs or present new financial documents, resulting in paycheck delays of up to three weeks, according to previous Beacon reporting. Some students also experienced difficulties with reimbursements.

Knight said the college-wide Workday issues caused incorrect payments for a number of faculty members across campus, but noted Academic Affairs mitigated the issue in about a month.

Basgen said the payroll issues occurred in July and were fixed by the July 31 payroll cycle. He said the issues included failures in accurately withholding certain faculty’s federal taxes, as well as doubling part of their salaries. Basgen said IT is still addressing lingering reimbursement issues on a case-by-case basis. He added that faculty outreach, including classes that began on the 22nd and online resources available to faculty, is already underway.

Knight said Workday issues affected the VMA department the most because of their need to reimburse both faculty and students for creative projects, such as Bachelor of Fine Arts students who receive a $500 stipend to produce their final films.

“There wasn’t the time before the implementation for faculty to get training about how to use Workday,” Knight said in an interview. “The ways in which we did things under Banner changed radically with Workday, and we weren’t able to do what we used to do.”

“The upper administration’s response has been terrific about [the letter],” Knight said. “They’ve listened very carefully, they apologized where there were issues, they found solutions to work with.”

Bill Gilligan, vice president for the college’s IT department, said he met with VMA faculty after they voiced their concerns. He then addressed the faculty at large at the Faculty Assembly meeting on October 22 to apologize for the issues transitioning to Workday.

“We’re sorry, on behalf of the administration, that [the transition] didn’t go as well as we wanted it to,” he said in an interview with The Beacon. “There isn’t any one issue that you would pin it to, but it’s just a confluence of issues that then added up to problems for which people deserve an apology for the trouble.”

Both Knight and Gilligan said significant staff turnover contributed to the complications with Workday. This included the death of the late Vice President for Administration and Finance Maureen Murphy, as well as staff turnover in the human resources and payroll office departments.

Although Knight said the administration resolved many of the issues, he said some VMA students still have not been reimbursed.

Chassidy David, a senior VMA student, is awaiting reimbursement for her Bachelor of Fine Arts film’s expenses. She said she believed the college could have done more to communicate with students regarding issues with the software.

“If there was more transparency about switching to the system, just so that everyone’s aware that there might be delays and setbacks, that would have been much appreciated,” she said in a phone interview.

David, who filed for reimbursement in June, needs the money to repay individuals who travelled to New York City to help her with the film shoot. She said although she understands the complications of implementing new technology, she felt as if the college left students in the dark.

“I work in IT; I understand that things happen that weren’t anticipated,” David said. “But I think it’s because no one knows what’s happening and there’s no explanation that it’s frustrating.”

Gilligan said he hopes to address student concerns surrounding Workday in the near future.

“The students deserve the same courtesy [as the faculty] to let them know that we’re sorry that this has messed you up, because people have got bills to pay,” he said.

Knight said problems with changing systems would have been inevitable, but he believes the new system will eventually be more effective than the previous one.

“We will adopt our own processes to adapt to Workday [and] Workday will be adapted to our processes,” Knight said. “I think it’s going to be great in a year.”