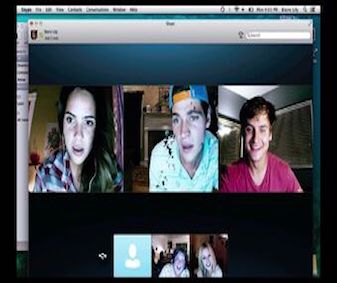 For this year’s Halloween, many of our traditional plans are no longer the safest and best ways for us to celebrate the holiday.

With large gatherings now considered inherently dangerous, especially as virus cases in Massachusetts soar, movie nights are becoming a popular alternative to Halloween parties. And since we’re in a pandemic, I figured I’d spend my Halloween Eve watching the two of the most well known and recommended scary movies shot on webcam—known as “desktop horrors”—so I could offer input on which one is most suitable for a Halloween movie night in 2020. 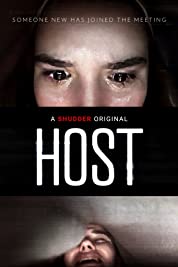 Host, released in July and now available on Amazon Prime, is actually one of the most terrifying movies I’ve ever seen. The movie stays under one hour long and is shot completely on Zoom, as in the main characters peer into each other’s webcams as they summon spirits during a Halloween seance organized by one of the friends, Haley.

The movie starts incredibly slow and feels very awkward at first, as the first 15 minutes or so take you through the regular Zoom meeting with half-assed greetings and jokes about someone not having their mic muted, similar to the hundreds we’ve all logged onto since March. At first, watching a group of friends casually talk over Zoom for a movie makes you glad that it is only an hour long, however once the leader of the seance joins the call, the movie turns into what feels like the longest hour ever.

The acting is good enough, and the writing as well, but it’s the found footage-style of the film that is highly captivating as each of the friends take turns sharing their experiences with the spirits. 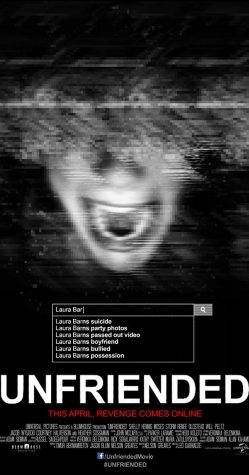 The next movie I sought to watch, Unfriended, was released in 2014, and filmed entirely through desktop camera footage as well, but this time over Skype. It is also available on Amazon Prime.

Unfriended lasts 30 minutes longer than Host, and has a bit more of a drawn out plot, whereas Host seemingly exists just to scare you.

Unfriended provides more of a social commentary into bullying and the dire consequences of hazing young adults over social media. I will add a suicide trigger warning for the first scene of the movie, however the rest of the movie carries on in a similar way to Host, with a group of friends being intermittently terrified, but this time the spirit of Laura Burns, the girl who committed suicide a year ago that day, joins the Skype call seeking revenge.

The movie feels less cheesy than Host, despite it receiving a far worse rating on Rotten Tomatoes, because of the more sparingly used jump scares and better constructed plot. I’d prefer the acting and writing in Unfriended, as well, but the slower build up and overall run time of the movie may be dettering for some people who may not find the webcam medium too intriguing.

Unfriended doesn’t casually mention an ongoing pandemic and doesn’t have the characters dawning masks at points, but it is still a spooky look into the virtual world we have all been living since COVID-19 took over our lives.

Overall, I’d recommend watching both movies during quarantine season, and I’d certainly recommend picking one, if not both, for your Halloween movie night. If you want something quicker and more terrifying, go for Host, but if you want a longer, more drawn out movie that meticulously approaches the “desktop horror” genre, then Unfriended is more likely for you.