Difficult conversations are one step toward racial equity 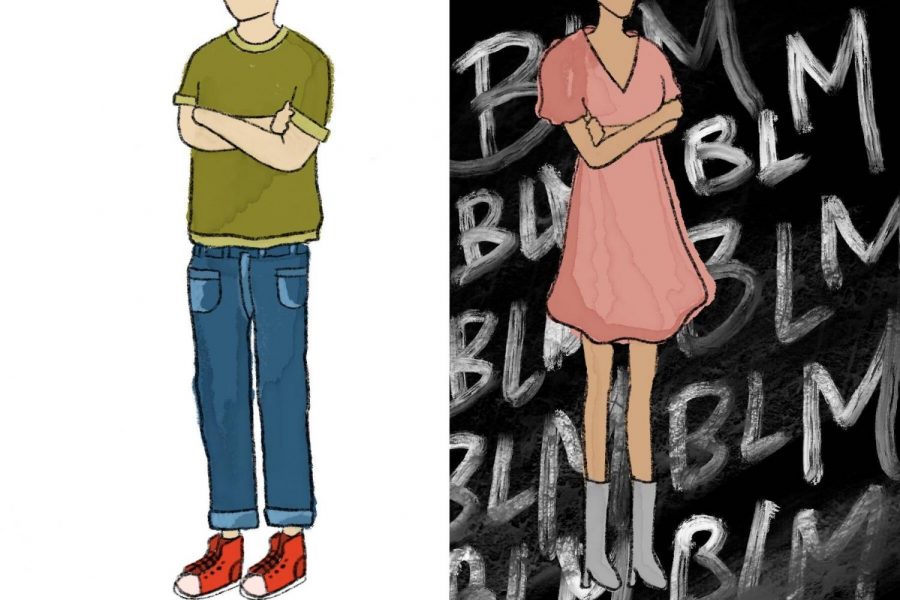 I have learned that as a white person, it is my responsibility to have these discussions no matter how uncomfortable they may feel.

Like many young couples these days, my ex-boyfriend and I met on the dating app Bumble. We connected quickly while text messaging and clicked on our first date. We were similar in a way because we were white and native to Maryland. Neither of us chose to display our political affiliation on our profiles, but it was not long before we discussed the unavoidable topic.

I have never considered myself to be an extremely political person, but I do identify as a Democrat. So naturally, I felt disappointed to learn he was a Republican. Despite our differences, I felt confident I could look past this partisan divide and still enjoy our time together.

But by early this month, when we had been dating for almost five months, this changed. I went to his house for a swim one day and noticed a towel with the Confederate flag plastered across it. An instant rush of emotions flooded through my head. I was upset, hurt, disappointed, confused, and so many other feelings I cannot describe. To make matters worse, when I confronted him about it, his response was far from reassuring. He told me it belonged to his father and offered to “hide it.”

I was shocked and felt even more confused. “Hide it?” I thought. How could you just hide something that is so hurtful to so many people? I decided I needed space to clear my head, so I told him that I was going to my car. I called my best friend and told her what had happened, and she reassured me the way I felt was completely appropriate. This was something I needed to hear.

As a white woman, it would have been easy to push aside the sadness I felt about a symbol that did not directly affect me. However, I realized quickly I have a responsibility to stand up for the Black community and have these hard conversations with my loved ones.

The fight for racial justice has been historically held on the backs of Black people. It is time for white people to step in and share their weight. The Confederate flag is representative of white supremacy and opposition to civil rights for African Americans. It is an offensive symbol used to support racism and racial inequality. I have gone through my life not directly affected by these uncomfortable situations, but I realize this is what people of color, especially Black people, must face every day. Using my voice for the Black community is the beginning steps of what it takes to be actively anti-racist. I know that using my privilege as a voice will be an ongoing learning experience.

Later, I talked to my boyfriend about the incident. He explained that although he does not believe in the flag or what it symbolizes, he has to live with his dad. When his dad brought the towel home, it led to arguments, but he did not want to live in a constant battle. Though numerous factors contributed to our breakup, this incident played into it. And while I still think my ex is kind, caring, and smart, I wish he had acknowledged the racism that the Confederate flag symbol represents in the moment.

Just because we have to live with something does not mean we have to be quiet. Being anti-racist is not just about who we are but also about how we respond to racist situations. As white people, we need to acknowledge our privilege and use it as a tool to create equality. Educate and inform yourself on the inequalities Black people face daily. Speak up when you witness these incidents. Share black stories and voices. By making these changes to our everyday lives, we are fighting against racism.

NASCAR recently banned the Confederate flag at events, and cities are tearing Confederate monuments down because of their hateful association. Many white people argue that these symbols are a part of our history, but if we are going to create a world with equality, we must confront these destructive representations. We cannot continue to glorify the harm done in the past or pretend it does not exist.

I have learned that as a white person, it is my responsibility to have these discussions no matter how uncomfortable they may feel. I will continue to use my voice for the Black community and acknowledge my privilege as a white person. I hope my experience will encourage other white individuals to do the same.