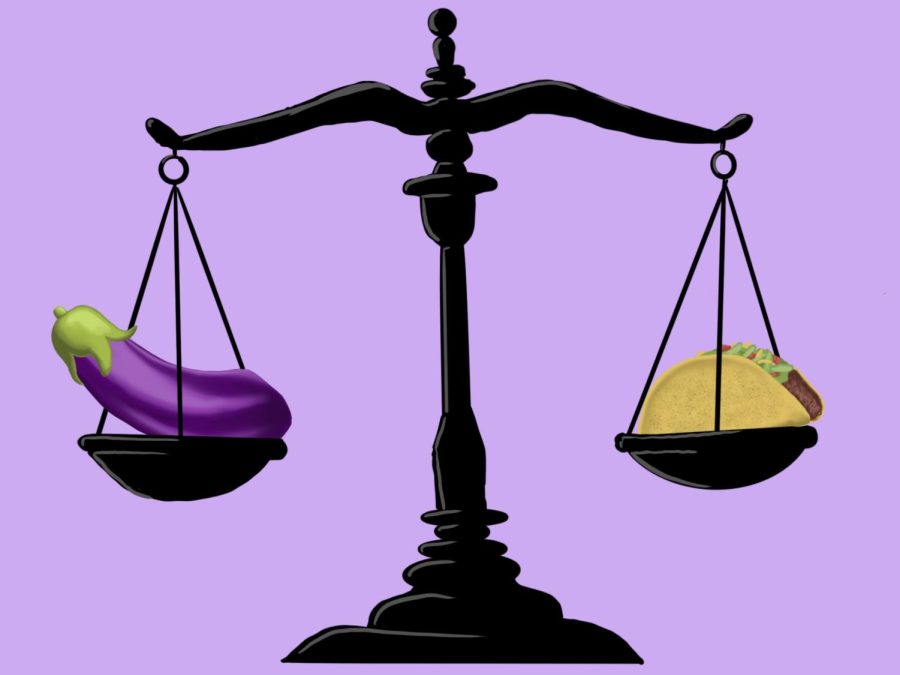 Let me tell you a story about a guy who meets a girl. They like each other, there’s sexual attraction, so eventually, they want to have some sexy time. They find a place to get down and dirty, they kiss, get all touchy-feeling—the works. Before they get to the—let’s call it the climax—they’re doing foreplay. With foreplay, often comes oral sex—giving head. How fun!

Now, imagine this. As per usual, the guy asks the girl to give him head (a blow job), the girl obliges, and then they have sex. The end.

Somebody sound the alarm, we missed a major part.

The girl never got any tongue action, and guess what, oftentimes the girl doesn’t. And that, my friends, is a problem.

Girls are expected to always give but are met with stigmas when they want the same treatment. It should go without saying, that if you are going to get, you have to sometimes be willing to give. Within the boundaries of consent and comfort. Furthermore, if you have aversions to giving your female sexual partners oral sex, consider why because your mentality is harmful and simply not sexy.

Many guys take it upon themselves to characterize giving girls head as “intimate.” Calm down kings, it really is not. Like men, we also want pleasure, and sex doesn’t always give it to us, so suck it up and then, literally, suck it up.

University of Florida Professor Laurie Mintz, who teaches the psychology of human sexuality, says there is “inequality in the bedroom” because of “a cultural over-privileging of male sexuality and a devaluing of female sexuality.” According to Mintz, women need direct clitoral stimulation—which happens from oral sex and fingering—to orgasm, but it “is rarely depicted.”

Studies, including one published in The Canadian Journal of Human Sexuality, show that women are less likely to receive oral sex than they are to give it, and ironically, oral sex plays a major role in making a woman orgasm.

Of course, that requires one’s partner knowing how to locate the clitoris, which is another stigma that those who are averted and/or scared of giving head should get over.

In heterosexual relationships, women on average have fewer orgasms than men, and Mintz calls this the “orgasm gap.” This “gap” is because of “our cultural ignorance of the clitoris,” according to Mintz. Thus, even if men give head to women, what are the chances they’ll know where the pleasure place even is? That needs to be rectified. To all reading this: whip out an anatomy book or have your female partner physically show you where her clitoris is.

Females feel pleasure when the clitoris is engaged, not from the vagina. So stop rubbing up all over the place, and focus on the bud of nerves. If you’re gonna do it, do it right.

Another major reason why females often don’t receive the pleasure they give is the stereotypes of vaginas, which goes back to the aforementioned “devaluing of female sexuality.” Whether it’s the stereotype of what vaginas are supposed to smell, taste or look like, too many men and others are misguided. Whatever a vagina tastes like is natural, but girls are expected to taste and smell “good,” which is irrational. Let me make something clear: vaginas don’t smell like flowers or candy, they’re reproductive organs with natural fluids—just like a penis, which sure as hell doesn’t taste like flowers or candy.

When girls want the same treatment they give to guys, we often feel insecure about our bodies and that is generally rooted in society’s mockery of the vagina itself. Just take the word “pussy” for example. When someone calls another a “pussy,” it is to make fun of them for being a coward or scared.

More so, when someone has a bad experience with a woman, more specifically her vagina, it is seen as a chance to make jokes.

In high school I heard jokes like, “her pussy tasted like fish,” which made me self-conscious even if the jokes weren’t about me. Since then, it has been in the back of my mind to always make sure I taste and smell “good,” even though I know that’s not realistic. Jokes like this may be intended to be harmless, but they have heavy impacts on women, especially in adolescence.

At the end of the day, if a woman is expected to put a penis in her mouth, the same expectation should be placed on men for vaginas. Better yet, let’s get rid of these expectations altogether. If it happens, it happens. If or when it does happen, then it should be a balance between both parties.