Democrats could lose electoral power if they don’t unite 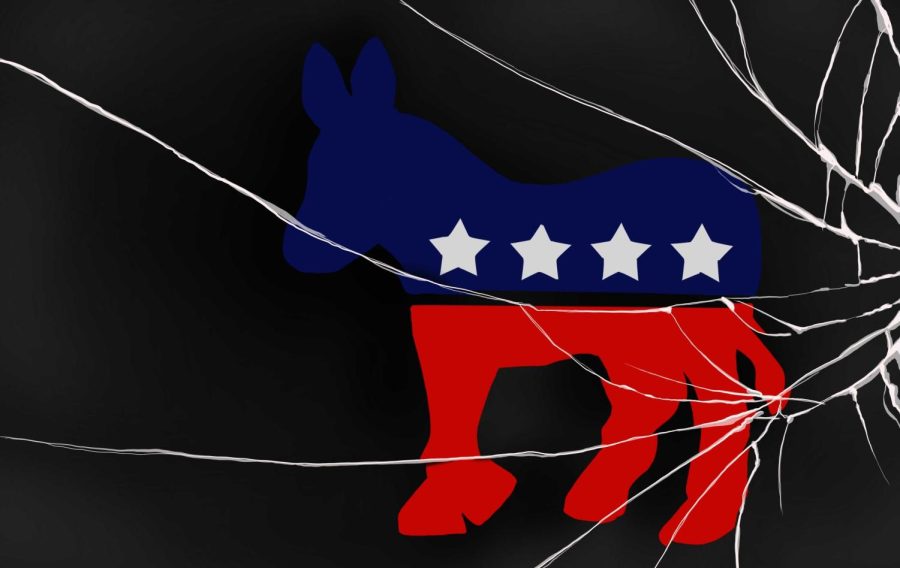 “The honeymoon is over,” according to CNN political commentator Van Jones. That is indeed the case as democrats are heading towards ugly midterm elections. Less than a year from the midterm elections, the Democratic party must reunite to pass Biden’s agenda or risk losing their political power in Washington.

President Joseph R. Biden Jr.’s administration and Washington democrats are facing major problems on many national and international issues. From infrastructure to the economy, Democrats are struggling to pass the infrastructure bill that Biden promised. Since August,  Biden’s approval rating has continued to plummet. According to an NBC News Poll, only 42 percent of respondents approve of the president’s performance.

The democratic party, as a whole, is too divided and it’s making them lose elections.

Take the Virginia governor’s race, for example, Republican businessman Glenn Youngkin won by a thin margin against Democratic candidate Terry McAuliffe, the state’s former governor. The loss in a state that has been reliably blue since 2008 marks a huge blow to the party. So, where did McAuliffe go wrong?

Instead of campaigning to address important issues, McAuliffe and other Democrats focus on their opponents heavily. McAuliffe spent much of his campaign comparing Youngkin to former President Donald Trump, while Youngkin was promoting dog-whistle racism to voters against critical race theory—those are the issues voters care about.

Virginia voters were focused on day-to-day issues as opposed to whether or not Youngkin is Trump 2.0. According to CNN exit polling, 33 percent of Virginia voters think the most important issues the state is facing are the economy and jobs, while 24 percent of them say it’s education. The McAuliffe campaign did not address enough of these concerns from constituents.

Another reason why the party is divided into many issues is that progressive and centrist democrats cannot agree on how much money they want the government to spend. For example, while progressive members such as Senator Bernie Sanders (I-VT.) want a 6 trillion dollar spending package, moderates would only agree to sit down and talk about it if they lower it to 1.5 trillion dollars.

The moderates in the Senate know they are powerful––with Vice President Kamala Harris serving as a tie-breaking vote for an evenly divided Senate, every vote counts for democrats.

After weeks and weeks of delaying the passage of the infrastructure bill as part of Biden’s “Build Back Better” plan, voters are losing confidence in democrats on whether they can actually pass bills to rebuild the country’s economy and infrastructure better than before.

Primarily, Senators Joe Manchin (D-W.VA.) and Kyrsten Sinema (D-Ariz.) have been roadblocks against the bill passing.

Manchin has been releasing strongly-worded statements stating his opposition to these bills, calling them “shell games” and a “recipe for economic crisis.” Despite saying that he has been working with Pelosi and Schumer on these legislatures, the process has been drawn out much longer than necessary, and the main reason for that being Manchin won’t compromise with the democrats.

Sinema on the other hand left many people around the country confused about where her allegiance is. Her ambiguity is hurting the party.

So, how can they fix it?

The ambiguity from Senator Kyrsten Sinema must stop. It is not the time for an elected official who won their seat with a thin margin to play politics right now. Telling the public what you believe is the basic respect you owe to the voters who elected you. Staying silent at a crucial moment such as this one will only damage the reputation of her own party and her political future as a senator.

Remember the bathroom incident where two individuals chased Sinema to the bathroom during a visit to the hospital? Democrats from Arizona confronted and threatened to choose a more progressive person to replace her in 2022. This will happen, and based on the demographic in Arizona, a more progressive senator seems unreachable for democrats to hold this particular Senate seat.

In addition, Joe Manchin must stop playing the power game. Progressives have already compromised on many issues with the senator by lowering the price tag of their spending, and it is time for Senator Manchin to match the progressives’ proposed spending. Manchin, though powerful, needs to keep in mind that the President is the leader of the party, and he should not put the Biden presidency in peril.

It’s not too late for Democrats to fix their party’s division, but playing politics is far from it. The Democrats must take many warning signs from the voters. Otherwise, they are on the track of losing their control of the House and Senate in 2022, and even the White House in 2024.