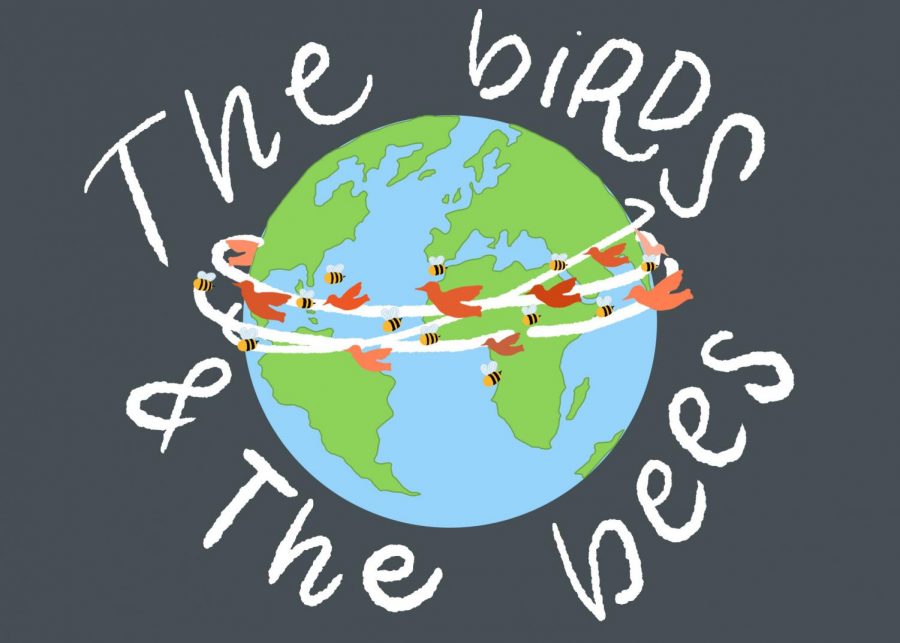 "I was not surprised—rather relieved—when I found out women could yield power over their reproductive rights via birth control."

After I started dating my boyfriend my second semester of freshman year, I quickly found out the college-provided health insurance covers birth control pills.

I immediately went to the Health and Wellness Center and started myself on Larissa, a hormone medication that prevents eggs from releasing, thus preventing pregnancy. The experience was pretty easy for me, as I didn’t feel any serious side effects.

It was all going great until I had to go back home for the summer. I knew from a previous conversation that my parents, especially my mom, did not approve of using pills as a form of birth control. Every time I tried to bring up the possibility of me taking oral contraception, my mom would reply by saying “every medicine can do harm to your body.”

I tried to slip in the idea that these pills are nothing like emergency contraception pills that work by delaying ovulation. I explained that they worked by preventing ovulation during a woman’s menstrual cycle.

In response, she would just say “cool” and tell me to “let the boy be responsible” and to “use condoms.”

I continued using oral contraception even though my parents did not approve. I hid it under my pillow and took one after they left for work in the morning. If we left town on the weekends, I put one pill in a plastic bag and downed it while hiding in the bathroom or when they were not watching. It was not easy, and sometimes I felt like a secret agent conducting illegal activity right under their noses. But I was never ashamed of it.

I am proud of this important decision I made for myself, because I know I am a responsible adult living my life the way I have chosen. Even though I did not receive a stellar sex education growing up, I took responsibility into my own hands and figured out my own way to go about the issue. Now, I urge others to do the same.

I do understand that only condoms prevent STDs. But I am frustrated by the fact that my parents, who I always thought to be more open and supportive than other parents I’ve encountered, do not approve of my decision as a grown and well-informed adult.

I was required to take sex education in middle school. During a biology class, everyone sat together and learned about the male and female reproductive systems. We learned about different methods of birth control—but with a focus on male condoms. Back then, I thought condoms were the only way to practice safe sex. Until I finally took my health class at an American high school in Michigan, that is. There, I learned about intrauterine devices, or IUDs, patches, female condoms, vaginal rings, and birth control pills—methods that I, a woman, have complete control over.

I was not surprised—rather relieved—when I found out women could secure power over their reproductive rights via birth control. I’ve heard so many stories about women who accidentally got pregnant after their partner used condoms incorrectly.

I did a lot of research on birth control pills in China, and I found out that they are easy to get in larger cities. Most doctors will gladly prescribe them to you after examinations.

The truth is, sex and many sex-related topics are still taboo in Asian culture. Even though premarital sex has become more common, sex education in China is rarely up to date. A lot of women are still unaware of the various birth control methods hospitals offer. So they end up having to choose between giving birth or having an abortion.

However, the situation is not that much better in the U.S. Legislation for sex education falls under the jurisdiction of individual states, creating disparities in what public school students across the country learn. Even though the Sexuality Information and Education Council of the United States said comprehensive sex education “includes age-appropriate, medically accurate information on a broad set of topics related to sexuality including human development, relationships, decision-making, abstinence, contraception, and disease prevention,” this is not what a lot of public schools provide. In 2012, Wisconsin’s governor and legislature replaced their mandatory sex ed with today’s abstinence-only policy. Several other states abide by similar policies.

According to the Journal of Adolescent Health, these policies typically advocate “monogamous, heterosexual marriage as the only appropriate context for sexual intercourse and as the only certain way to avoid unwanted pregnancies and sexually transmitted diseases” and often fail to prevent teenagers from having sex. They also do not succeed in reducing rates of teen pregnancies or STDs. Laura Lindberg, the co-author of the research, said to NPR that these programs are “not just unrealistic, but it leaves our young people without the information and skills that they need” because they withhold important medical information.

During resident assistant training, one of my colleagues who is also from China asked me if I had any advice for freshmen international students. I told her to tell everyone the school offers birth control methods in its insurance plan. It’s vital for students from different backgrounds to realize the school offers resources like this that they could get their hands on. That is the only way all students can gain control over their own lives.

It’s the one avenue to ensure they can enjoy this part of their college experience, if they choose to include it, without worrying about things going wrong. For me, it involves lying and hiding. But it also allows me to create a safe environment that I am comfortable living in.