Don’t underestimate the importance of faculty of color 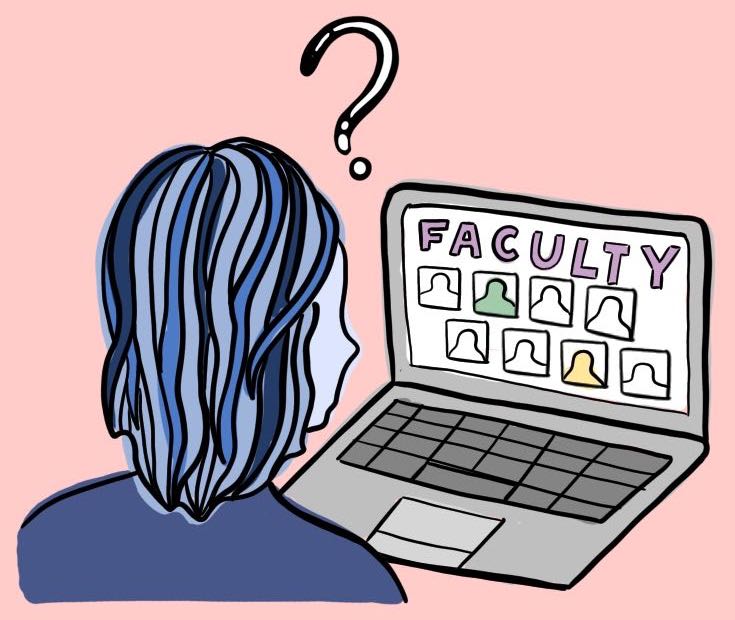 All but one of my previous journalism classes were taught by either a white woman or a white man.

I arrived at Emerson in fall 2018 where I quickly noticed my environment consisted of mostly white students and people. While I never mind being taught by a white professor, I never noticed the impact of learning under a professor who looked similar to me until I began taking Cheryl Jackson’s Diversity of Journalism class.

After the first day of class, I immediately walked up to Jackson and told her how much I appreciated her for teaching a course on diversity in my field.

“I just want to let you know that I really admire you,” I recall saying to her. “This is my first time being taught by someone who looks like me, so I’m super excited to take this course.”

This feeling only increased as I continued writing and reporting for The Berkeley Beacon as the only black staff member. It was not until I saw Jackson—a successful female African American journalist—walk into our class that I began to realize that being a black journalist is a reality.

According to Forbes, a Hispanic Journal of Law and Policy study from 2013 to 2017 found a less than one percent increase in the number of Hispanic and Latino faculty at colleges. Black faculty grew by only one-tenth of a percent. The lack of diversity in faculty at predominantly white institutions such as Emerson College makes it harder for students of color like myself to fit in and feel welcomed.

Furthermore, not only does the lack of diversity in faculty decrease comfortability, but it can also hurt the performance of students of color, according to The Edvocate. With a professor of color, minority students will perform better because of their relatability and identity with the instructor. For example, despite having only a few Diversity of Journalism classes, Professor Jackson and I quickly hit it off. We began meeting after class and planned to meet during office hours to have serious conversations about our experiences of being black at the college.

At liberal arts colleges such as Emerson, where our major’s career paths are mostly populated by white people, seeing a professor of color who looks like you in your desired field makes dreams plausible. Professors of color also do not solely impact minority students, but students across the institution as a whole, according to The Washington Post.

“The nation’s college students benefit from learning from diverse faculty,” African American education experts Lesie T. Fenwick and H. Patrick Swygert noted. “Such interaction teaches students that all people can serve as models of intellectual authority and can provide students a visceral antidote to the myth of black intellectual inferiority.”

Faculty of color can help white students—especially those with limited experiences around minorities—accept unconscious biases, prevent stereotyping, and promote acceptance and inclusion. Minority professors teaching both white students and students of color can foster a better learning environment and help shape the culture and the attitude of college campuses.

At Emerson, 75.3 percent of faculty is white, while only 7.1 percent are black, 5.7 percent are Latinx, and 3.7 percent are Asian, according to College Factual. At a school where 56 percent of students are white, it is unsurprising that the majority of Emerson’s faculty also reflects this. However, in an age where more minority students are going to college, there needs to be a better representation of color in our school’s faculty.

If I never decided to take Diversity of Journalism with Professor Jackson, I am unsure if I would feel a sense of belonging within my major—a thought that saddens me. However, I am happy that my professor made my dream a reality. Until more professors of color are hired at Emerson, students of color—especially those who are majoring in white-dominated career fields—may feel unwelcome. Suggesting to hire professors of color may be an easy solution to a much more complex problem. Therefore, I advise that until more diverse faculty is hired our current faculty needs to include more diversity in their curriculum.

To every student of color, I hope you are awarded the same opportunity I was, which is to be taught by a professor who looks like you. If not, remember this: you belong in your field even if there is no one to remind you.