Down with the drinking age 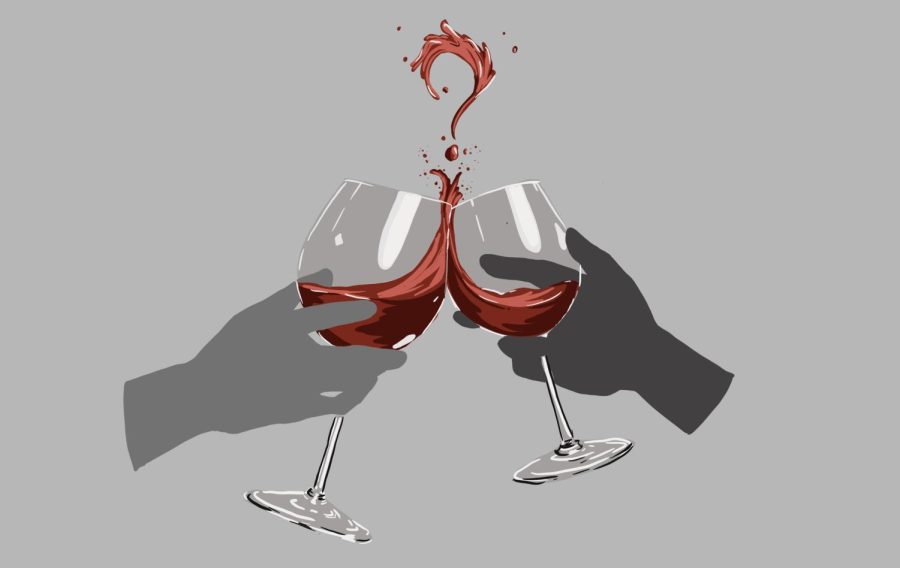 As an immigrant, I’ve found a long list of things that don’t make sense in the U.S., but the drinking age being 21 might take the cake.

Since 1984, the legal drinking age in the United States has been 21 years old, yet by 18 citizens are considered adults in the eyes of a law. The laws that tell a teenager they are an adult are the same laws that prohibit and punish those people for drinking a beer.

It’s not as though the drinking age being 21 is actually preventing people under 21 from drinking alcohol, as 68.3 percent of people 18 to 20 years old drink alcohol regardless of legality. However, there is something to be said about how effective the drinking age is in keeping people safe. For college students especially, lowering the drinking age could make the practice safer.

Lowering the drinking age to 18 would allow 18-to-20-year-olds on college campuses to consume alcohol safely in more regulated environments, reduce the number of alcohol-related accidents among underage drinkers, and remove its taboo nature from American culture.

By the early 1970s, approximately 77 percent of adult men and 60 percent of adult women were drinkers, according to Substance Use and Abuse by Kara Roger. Although there is evidence that underage drinking decreased, heavy drinking on college campuses—especially binge drinking—has remained a considerable problem.

Many college students in the U.S. are expected to be able to take out thousands of dollars in loans, work through school, or simply act like “adults,” yet when it comes to one of the most common adult practices, they are shut down. College students resort to heavy drinking in normally unregulated, unsupervised, and unsafe environments, where a number of factors put them in danger. While the drinking age was expected to prevent dangerous behavior, it actually has made young Americans more likely to binge-drink, according to the American Journal of Public Health. Since it is illegal, drinking becomes taboo for college students who instead of drinking socially, drink only to get drunk.

Another factor that inspires underage binge-drinking is the lack of reliability in obtaining alcohol for college students. Many rely on friends, family, or even strangers to buy it for them. This means it’s not always available to young drinkers who are now more likely to overindulge whenever they get the chance.

A National Institute of Health study from 2009 found that more than 1,800 college students died in 2005 from alcohol-related causes. In 2019, the number remained above 1,500. Furthermore, one in eight students reported injuries resulting from alcohol use, and 1 in 20 reported injuries severe enough to require medical treatment. Research also shows that less than three percent of the heaviest drinking students sought help for their excessive drinking.

Students that engage in underage drinking and later need emergency medical attention are less likely to seek help because they fear the legal consequences that could come with it. For example, a random sample survey of Cornell undergraduates found that 19 percent of respondents reported thinking about calling for help because they were concerned about someone who was severely intoxicated, and only four percent actually did.

Every college student has seen the situation at least once at a party or any other social setting, where there is one person who is definitely in need of some sort of help due to binge drinking. Yet, too many students ignore the guy passed out on the floor or the girl that got too drunk because they don’t want to “deal” with the consequences that could come from seeking help.

Although there is the obvious conversation of how students should always be “good samaritans”’ and help those in need, regardless of the potential consequences, that is simply not what happens. If students feel that reporting or seeking help over excessive drinking––whether that involves addiction, over-indulgence, alcohol poisoning, or more––will jeopardise their education, they are less likely to care about being a good samaritan. An education, that mind you, costs most students tens of thousands of dollars annually.

We see this on our own campus. Emerson College implemented its Good Samaritan policy back in 2016 and there has been little to no change in the number of students willing to seek attention. There is a disconnect between what the title implies and what students will wind up experiencing. While students covered under the policy do not have to go through a fine or disciplinary action, they might still be asked to participate in programs meant to mitigate future substance abuse.

Both an individual seeking help for oneself, or someone else, will be subject to a formal review by OHRL staff, and there is no exemption from a letter sent to guardians or referral to Alcohol and Other Drugs education and/or Emerson Counseling And Psychological Services. This is hardly enough to convince students to report alcohol incidents.

The gag of it all is that so many college presidents, including M. Lee Pelton during his time at Emerson College, has signed on to The Amethyst Initiative, a group of 136 college and university presidents across the U.S. promoting a public discussion about the unintended consequences of current alcohol policies. These institutions have publicly made it a point to argue that the reason their students don’t know how to drink, and are constantly at risk is because of the federal drinking age.

In a way, it’s understandable that colleges don’t have the most lenient underage drinking policies. Colleges can, and have, been found liable for student injuries related to alcohol.

Coming from a country where the legal drinking age is 18, and there isn’t such a severe criminal outlook on alcohol use, it’s absurd to even think about.

Americans can be shipped off overseas in a military vest, given a rifle and a badge to fight a war by 18. Yet they can’t buy drinks at a restaurant, or simply walk into a bar. If we can purchase firearms, take out hefty student loans, and have a full time job when seen as a legally adult in the eyes of the law, why not be allowed to drink a beer?