The Berkeley Beacon • May 18, 2021 • https://berkeleybeacon.com/dr-sylvia-spears-to-leave-emerson-on-aug-1-after-nine-years-at-the-college/

Dr. Sylvia Spears to leave Emerson on Aug. 1 after nine years at the college 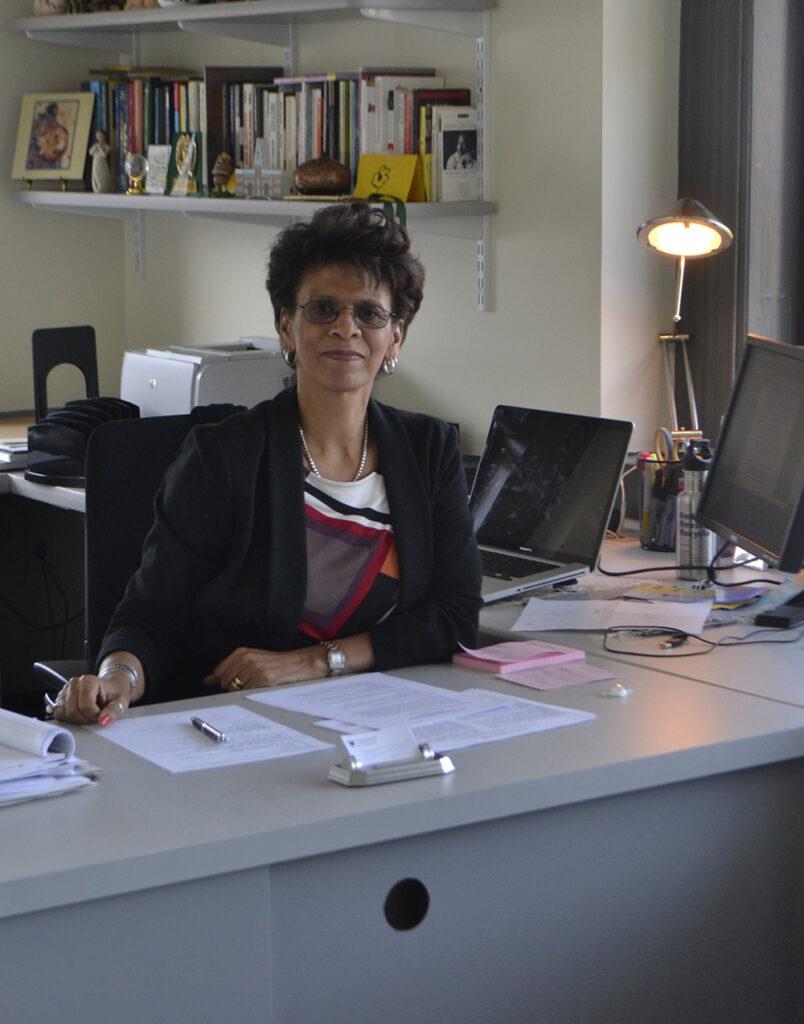 After nine years of serving as Emerson’s Vice President for Diversity & Inclusion, Dr. Sylvia Spears will be leaving her role at the college. Spears will pursue a new role as Vice President for Administration & Innovation, and Distinguished Professor of Educational Equity and Social Justice at College Unbound in Providence, Rhode Island on Aug. 1, President M. Lee Pelton announced Tuesday morning.

Dr. Spears entered Emerson as the college’s first VP for Diversity and Inclusion in May of 2012 and helped establish a slew of initiatives to promote diverse and inclusive excellence—the process of achieving excellence in learning, teaching, student development, institutional functioning and community engagement—throughout Emerson.

“She launched the Inclusive Excellence Initiative and the corresponding Inclusive Excellence Action Planning Process,” Pelton said in the email. “She oversaw the development of Emerson360, the College’s first comprehensive climate survey and the Identity-Based Harm Program, formerly known as the Bias Response Program. Of course, she collaborated with me in establishing the Elma Lewis Center for Civic Engagement and Research.”

Pelton also acknowledged Dr. Spears for her work as the Chair of the Sexual Assault Task Force and as the administrative liaison to the Margolis Healy external review team. During her time serving on these institutional committees, Spears helped create the college’s revised Sexual Misconduct Policy, the Healing and Advocacy Collective, Access, Equity and Title XI, and Emerson’s Power Based Interpersonal Violence policy.

Dr. Spears was also credited for her efforts to increase diverse enrollment and the understanding of issues of diversity in a private educational institution among faculty.

“Dr. Spears’s passion for learning and her insistence that social justice be present in our teaching and learning has broadly benefited our commonwealth of learning,” Pelton wrote. “She has taught a course on Peace & Social Justice and created the Inclusive Excellence Faculty Fellows Program, in which more than 150 faculty have participated.”

Spears said her decision to leave Emerson was a call “to her purpose,” saying “this is an opportunity–a calling–to advance the transformation of education in support of those who have been most disenfranchised.”

College Unbound, led by President Dennis Littky, is a degree-completion institution, which focuses on equity and community engagement, according to Spears. Spears noted that the institution is “a movement that will change who gets degrees in the United States and how they get them,” as described by President Littky.

In regards to her departure, Pelton said “we will undoubtedly feel a great loss at Emerson,” and noted that more information from Dr. Spears and her team on her transition will come in the weeks leading up to her resignation, along with a statement from the college on “how it will continue its commitment to equity and inclusion,” and host a send-off celebration for Dr. Spears later in the summer.

“Sylvia has been my treasured friend, colleague and confidante since her arrival at Emerson,” Pelton ended the announcement with. “While she will be sorely missed, we take comfort in knowing that she is taking on a new challenge that aligns with her interests, abilities and commitment to equity and social justice.”