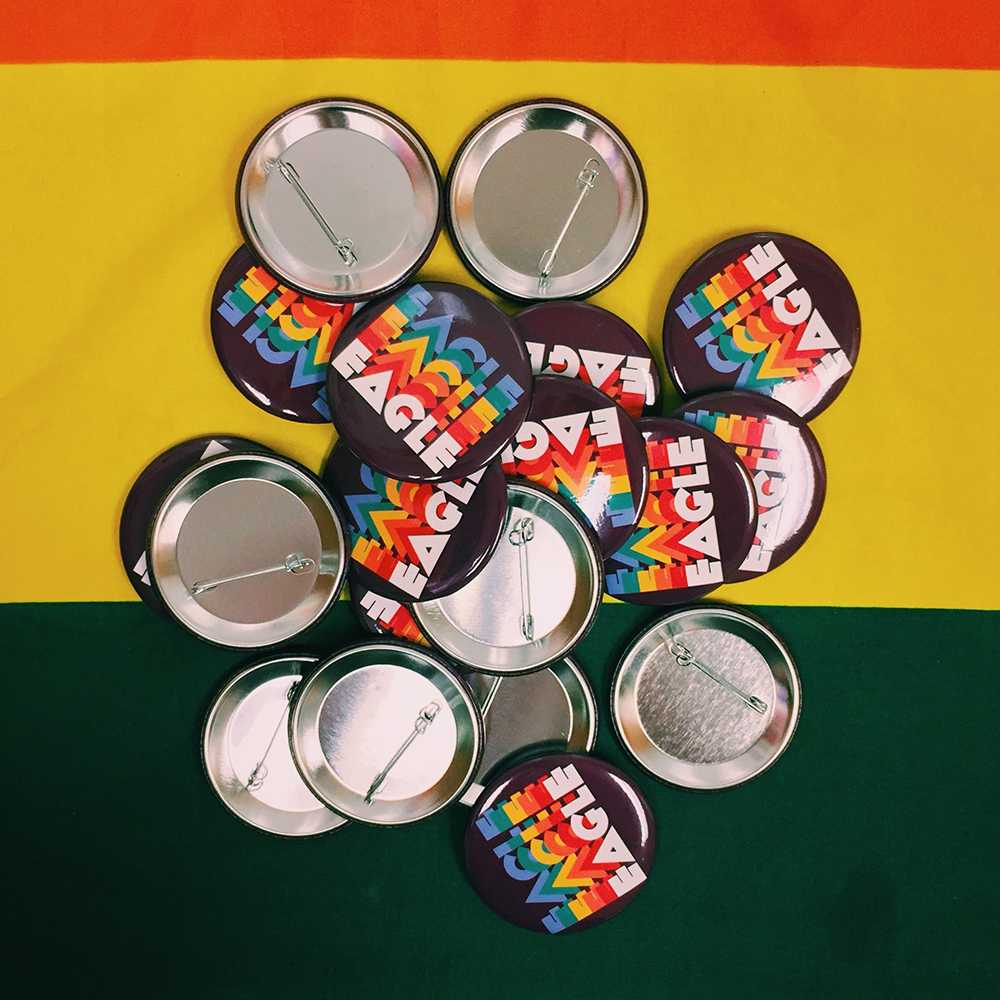 From “Rocky Horror Picture Show” screenings, to faculty meet­ and­ greets, to multiple discussions and seminars, students have been coming together for different events to celebrate Queer History Month this October.

Emerson’s Alliance for Gays, Lesbians, and Everyone, also known as EAGLE, is an organization dedicated to providing acceptance and awareness of queer culture across campus, according to their website.

Throughout the year, and especially in October, they plan programs for students that are entertaining and informative about the LGBTQ+ community.

In the past, they’ve held screenings of movies like Mulan, and a #IAmMoreThan photoshoot to celebrate intersectionality, according to the organization’s event page on Facebook.

EAGLE​ celebrated Queer History Month this year and National Coming Out Day on Oct. 11 by booking Sarah Prager, an Emerson alumna and member of the LGBTQ+ community. Prager visited the school t​o speak to students about the history of LGBTQ+ identities and to present an app she created called Quist.

Nathan Coffing, a senior visual and media arts major and vice president of the organization, attended the event and said that much of what Prager explained was the history of the existing definitions for the LGBTQ+ identities. During the event, there was also a round table discussion where students had the opportunity to speak about their own experiences with coming out.

Other events included a workshop on drag makeup, a screening of The Rocky Horror Picture Show, and Dragtoberfest.

“The ‘Rocky Horror Picture Show’ gives us a chance to piece together academic history related to queerness,” Coffing said.

He said the screening was a fun way to really break down the movie.

Dragtoberfest, according to EAGLE’s Facebook page, is a long-running and iconic event at Emerson where students can showcase their talent in drag on the runway, participate in a lip sync battle, and test their knowledge in LGBTQ+ trivia.

The Queer Music Festival ​will take place on Oct. 22, in the Multipurpose Room. The event will feature three local artists: The Michael Character, Anjimile, and The Cheese Boys, who will help students explore the queer art scene at Emerson.

“The lead singer [of Anjimile] is a queer person of color, and they are absolutely fantastic,” Coffing said. “They’ve got a lot of work that I think deals with a lot of complicated issues around intersectionality, and the same thing goes for The Michael Character.”

James Ideka is the lead singer of The Michael Character, according to the band’s website.

“My music has lots to do with identity and reaffirming people’s ownership of their identities,”  Ideka said. “He does his best to make music that is honest and useful in understanding issues in the world. He said that he appreciates the chance to perform for college audiences and at queer events because he knows that those who come to listen will take something away from his music.

Kurt Joyce, a senior marketing communication major, expressed his ideas regarding the presence of queerness in media.

“Growing up, there’s no literature, not a lot of movies, that portray a male ­to ­male or female ­to ­female relationship.” Joyce said.

As a dancer, he’s noticed that there are rarely if ever any dances portraying a relationship between men. He said that a lot of the events at Emerson allow students to find that work that is identifiable.

The style of dance “voguing,” according to Coffing, moves away from the traditional partner conventions that Joyce described, instead leaving room for individuality. On Oct. 26 in L156 in Piano row, EAGLE will be screening Paris is Burning, a film documenting the history of voguing.

This style of dance, according to Coffing, was pioneered by queer people of color in New York in the 1980s.​ Stylized by sharp angles, it is based off of an exaggerated form of walking on the runway. Formal competitions called balls later began, in which people could test their voguing skills against one another.

On Oct. 28, local artist Hung Nguyen will run a Vogue and Runway workshop, where he will teach students the dance.

All throughout the month, these events take place that allow students to celebrate queer history in an academic setting, surrounded by fellow students, according to Coffing.

“A lot of people aren’t surrounded in a culture where [expressing sexuality] is a norm,” Joyce said. “One of the coolest things I got out of this is knowing there are people trying to create art and work that have more of a culture to it and show it’s okay to be out.”