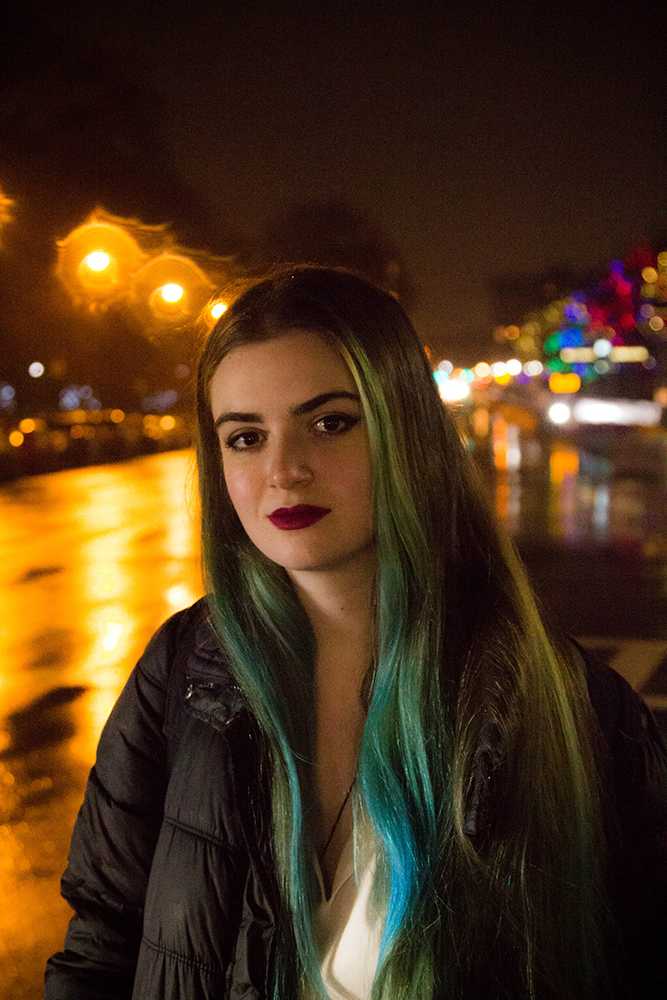 Before she left high school, Sam Longo was never confronted with the fact that she was poor.

Growing up in rural Oxford, Connecticut, Longo, a sophomore visual and media arts major, wore only hand-me-downs, and ate spoonfuls of peanut butter instead of well-balanced meals because of her family’s financial situation. Even when her father lost his job as a mortgage broker during the Great Recession, she said she never felt different.

“I experience poverty in the most privileged way you possibly can,” Longo said. “When you grow up in the country, it’s not the same as being poor in the city. If your power goes off, you just go outside. If your water shuts off, you go camping.”

Longo said that transferring to Emerson last fall made her feel like an outsider, and she is likely not the only one.

Only 3.2 percent of Emerson students are from the lowest family income quintile, about $20,000 or less a year, according to statistics published by The New York Times about economic diversity at universities nationwide. The study, which was based on millions of anonymous tax records, shows that 64 percent of Emerson students come from the highest quintile: families that make $110,000 or more a year.

“Emerson College is a ‘need blind’ institution, which means that admission decisions are made without consideration of financial information or ability to pay,” the Department of Enrollment Management wrote in a statement to the Beacon.

The department denied repeated interview requests, citing department policy. The policy states that all interviews must be conducted via email, which is against the Beacon’s ethical policy.

Longo said she falls in the lowest economic quintile and receives the maximum amount of financial aid from the government and the college. She said she might not have applied to Emerson if she knew the school was so financially divided.

Working at a movie theater to pay what loans, scholarships, and federal aid do not cover, Longo said she misses many opportunities available to other students. Because of her demanding work and class schedule, Longo said she is unable to participate in any on-campus organizations, and barely has time to socialize.

Longo said that many of the problems for poor students come from the college’s culture. Although Longo considers herself privileged, she said many students fail to acknowledge the extremity of their economic advantage. She said romanticized ideas about poverty are prevalent on campus.

“At Emerson, I think a lot of people like to pretend that they’re poor because they think that it’s interesting,” she said. “I haven’t written anything in months because I’m working.”

To combat the loneliness that comes with her situation, Longo suggested a support group for lower-income students to Emerson Counseling and Psychological Services. The group is in the early stage of trying to get students interested, but Longo said she isn’t hopeful that her idea will become a reality.

“How could you possibly have [a support group] if everyone is working all the time?” she said.

Elise Harrison, the director of ECAPS, said the proposed group would have a broader focus on students experiencing any type of financial stress. She said the group would include not only poor students but also those dealing with difficult situations caused by a sudden job loss or divorce.

Since she was a student from a low income family herself, Harrison said she sympathizes with the many students who come to ECAPS because of their financial insecurity.

“It can be really difficult if all of your friends are going out and you’re the only one who can’t afford to,” Harrison said.

Harrison said students from different financial backgrounds don’t have common family histories, which can cause a disconnect.

“Most people in that situation have a tendency to stay quiet,” she said. “[The support group] would be a place where people can talk about those experiences and how it impacts them emotionally.”

Longo said she is working on a proposal to get rid of college policies that discriminate against poor students, such as the mandatory attendance policy. She is working on the petition in her research writing class and plans to submit it at the end of the semester.

According to the college’s student handbook, Emerson’s attendance policy states that students are always expected to attend class, and that the penalty for failing to do so is decided by the professor. This policy enables professors to mark down grades based on attendance and punctuality, which Longo said is unfair for students who miss or are late to class for reasons out of their control.

“I’m mentally ill. I live off campus. I have a compromised immune system. I’ve had jobs that were ‘show up or get fired’ … Sometimes it just doesn’t work.” Longo said. “I would have better grades if the policy wasn’t a thing.”

Longo said she often hears the counterargument that if there was no mandatory attendance policy, students would have no reason to go to class.

“That sounds like a rich problem to me,” Longo said. “You don’t have to make it harder for me to make it easier for people who already have it easy.”

The New York Times study highlights that most poor students who attend top colleges do nearly as well later in life financially as their rich classmates.

However, this is not the case at Emerson. The study found that only 11 percent of students moved up two or more income quintiles, and 1.1 percent were able to move from the bottom to the top, indicating a lack of upward mobility.

Longo said she finds this lack of upward mobility unsurprising.

“People don’t go [to Emerson] expecting to make money,” she said. “If you’re [already] well off, why would you work any harder than your family?”